A Visit Back to Rosa Fiorelli Winery, Bradenton, FL 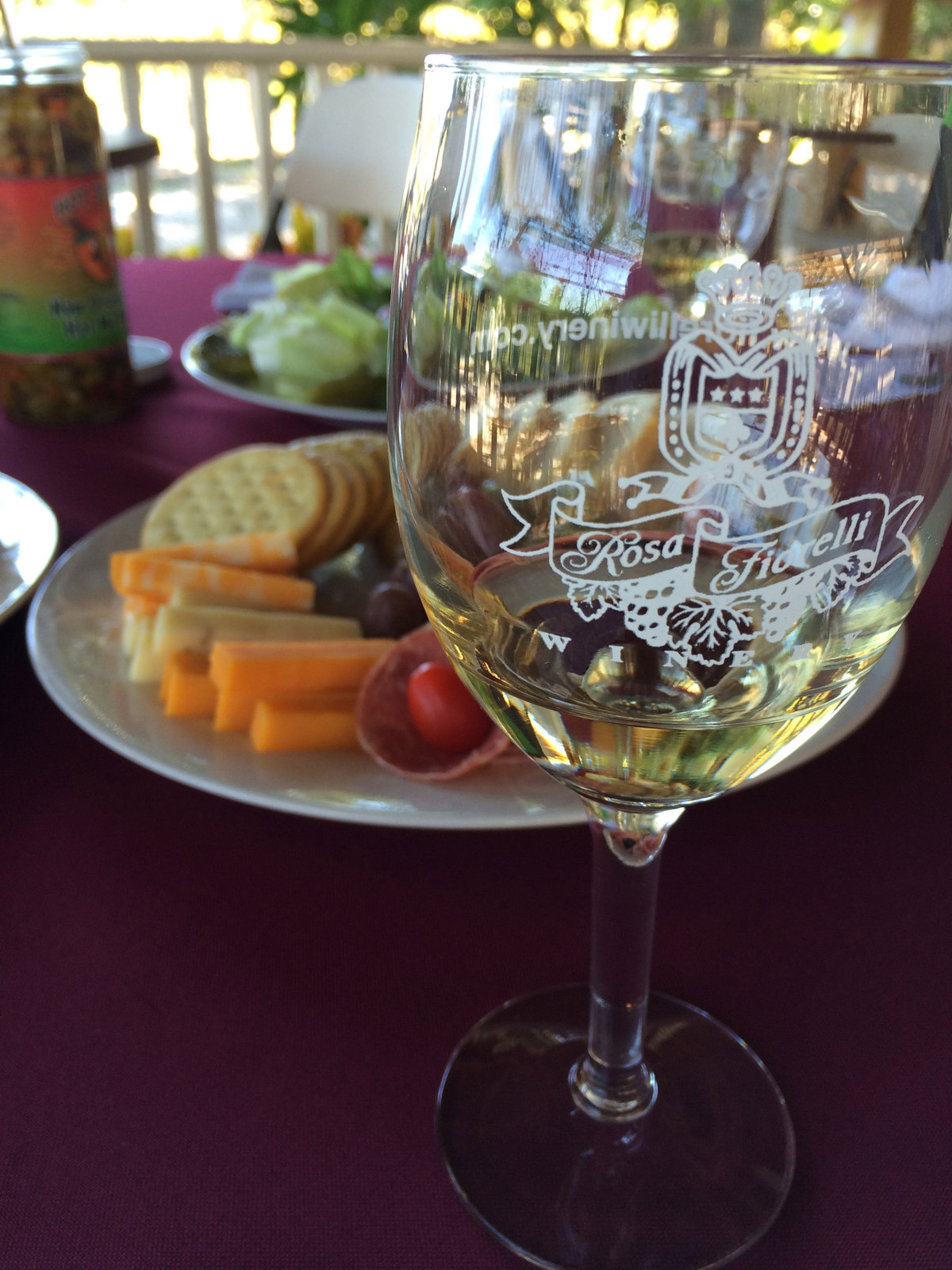 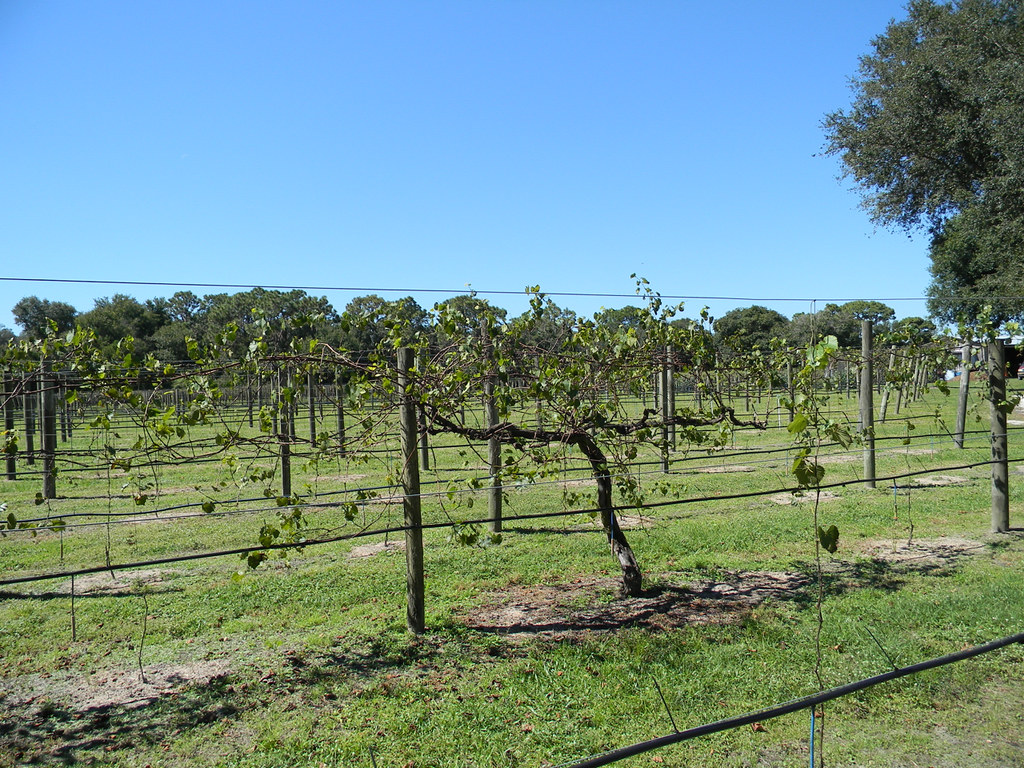 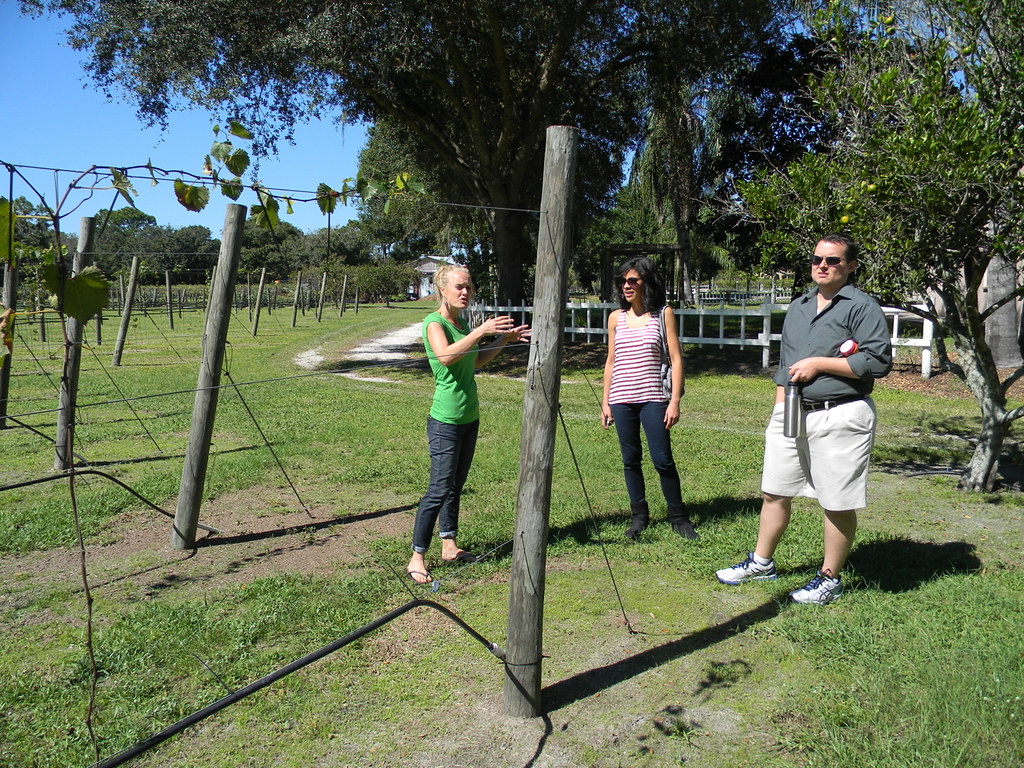 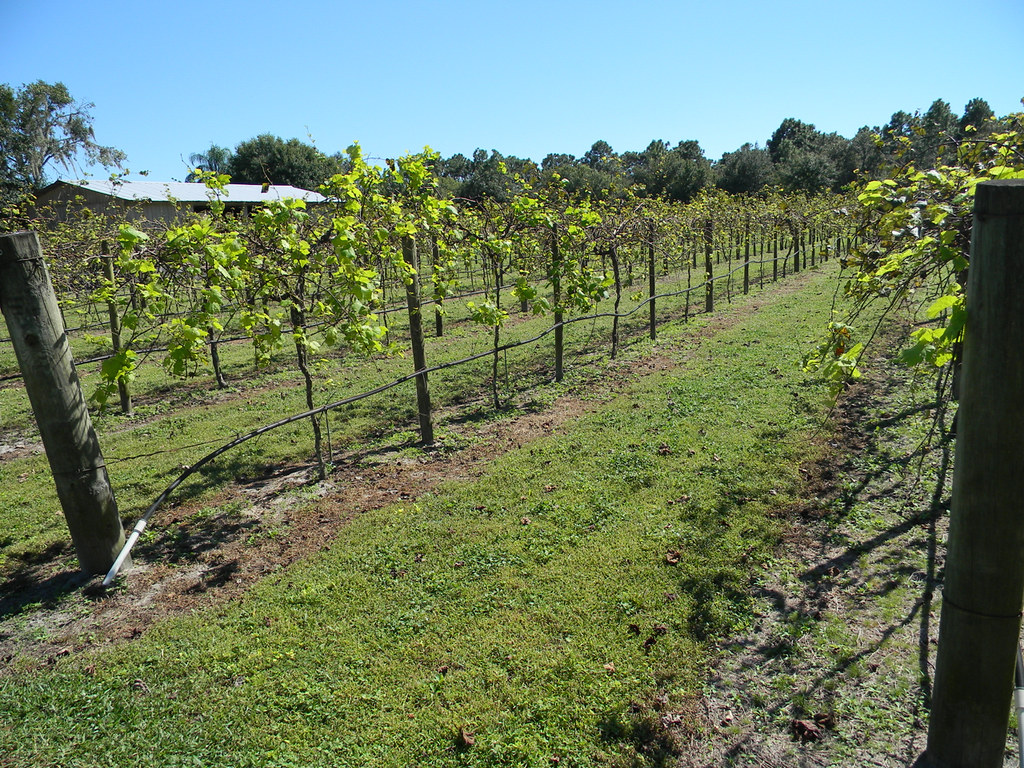 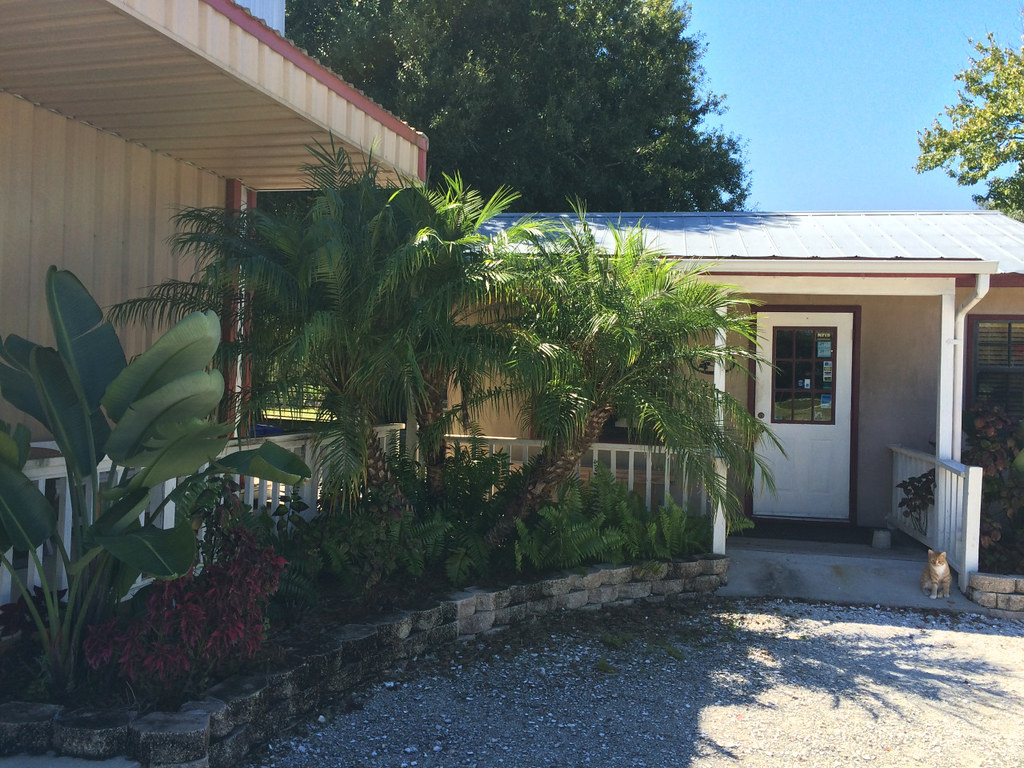 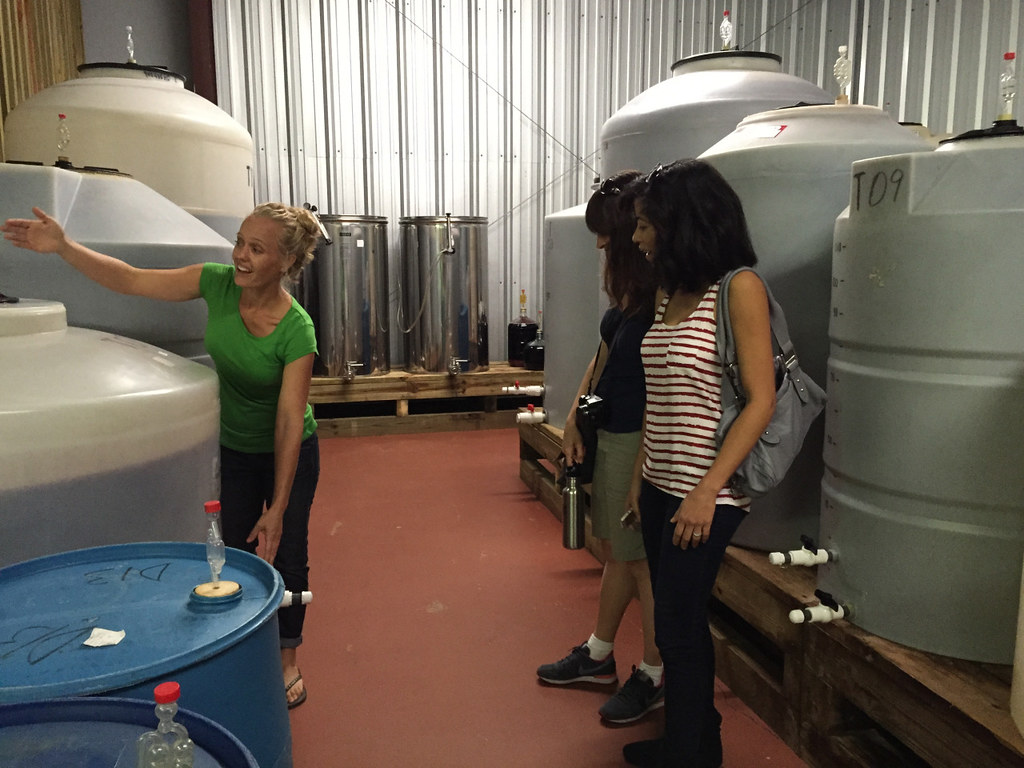 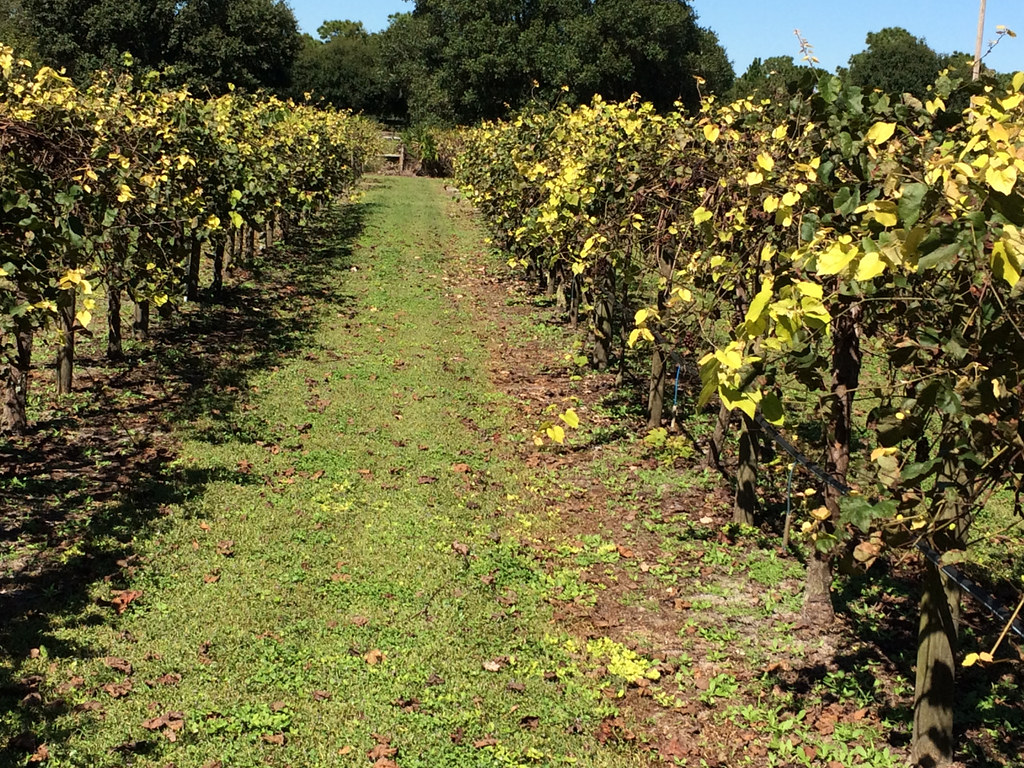 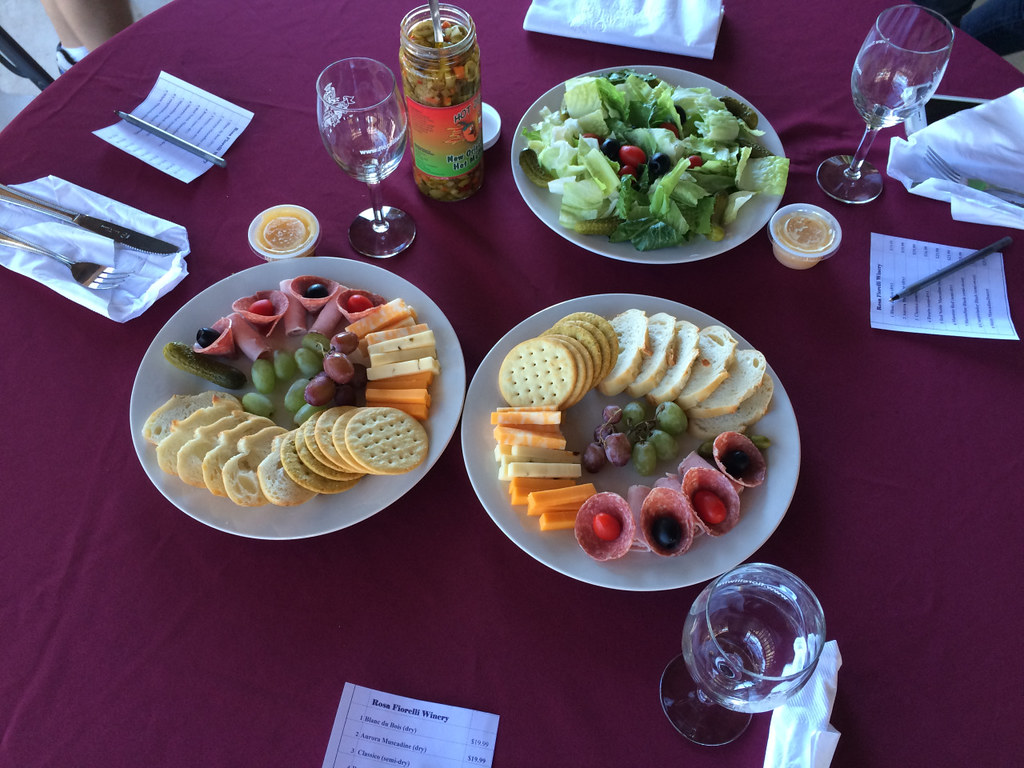 During our recent trip to Florida, I planned a trip back to Rosa Fiorelli Winery, my old stomping grounds (www.fiorelliwinery.com). This has been a hard couple of years for them with the owner, Antonio, passing away after his battle with Cancer. They are now following Antonio’s son Sal’s guidance and finding their footing without Antonio.

The winery is going through a few adjustments, but it was interesting to see the changeover from father to son. They have updated their wine making process and are now pumping the crushed grapes and skins direct into the tanks for fermentation. They are also using a new cork meant for wines that are consumed soon after bottling, and their biggest change is the changeover from one major crop, Blanc duBois, to Stover.

The Blanc duBois was their main white vinifera grape crop, genetically adapted by the University of Florida, to make a dry and semi-dry wine. They didn’t have much choice in moving away from this grape because the 2012 season were extremely hard on the crop, providing fungus and insects. Eventually they lost the entire crop, a few acres’ worth. One of Antonio’s final decisions was to create some cuttings from the Stover plant, which was over 20 years old and extremely hearty. They are in the process of planting all those cuttings and moving onto to a new era. The final vintage of Blanc duBois wine is from 2012 and they did have some of it remaining for us to try.

Our tour guide and wine tasting host for the day was Heather, the person I trained before leaving at the end of 2012. She was excited to see us arrive for the lunch, tasting and tour. I was excited to see how she had made the experience her own. They have changed the order of events so we began with the vineyard tour. Our friend Dharma was with us and she had never been there before so I asked Heather to “dazzle us”. We began in the winery, walked through the new Stover plants, ending in the pavilion. They have made some nice upgrades to this area for their tour groups, festivals and weddings. It was exciting to see how much the Conquistador vines have grown across the pergola that I had helped build.

We found a seat and were served our antipasto platters and salad before the wine tasting began. Neil and I are very familiar with the wines so we couldn’t wait to taste our favorites and see how our palate may have changed since our last tasting. We were last there in May 2013, http://mferraro73.tumblr.com/post/52167594133/rosa-fiorelli-winery-manatee-red-bella-vitano?og=1, and tried the Manatee Red, lets see what’s in store this time! There were eleven wines available for us to try but 2 of them* happened to be the final bottle.

We thoroughly enjoyed the first two dry wines! The Blanc duBois dry had a nice toasted oak flavor to it and the Aurora Muscadine was soft, fruity, floral and had that distinct white muscadine grape flavor. The Classico is their current top seller but a little on the sweeter side. Next up were the rosé and red wines. The Rosato was light, dry and tasted like strawberries, a pleasant rosé. There were three red wines available for us to try, Red Noble and both versions of Manatee Red. The Red Noble is a deeper, richer red that was dry with flavors of prune and black licorice.

The Manatee Red had an interesting story, as mentioned in my last blog entry about it. They were in the process of creating a new recipe for this previous favorite. When they first bottled the 2013 vintage, there was an accidental chemical reaction, causing it to become a sparkling wine. This was caused by the yeast beginning to ferment again, and although tasty, was a safety hazard because the bottles were not meant for wine under pressure. There were a handful of these bottles remaining and the flavor was light and dry. I’d recommend trying the sparkling Manatee Red again because it tasted very nice! We were able to compare the sparkling version to the one that was just released which was rich and tart, Dharma’s favorite.

The final wines remaining were semi sweet and dessert wines. Florida is more well known for the sweet wines since the Muscadine grape produces such a sweet, rich wine. The Conquistador grape is such a tricky grape to use for wine making, due to the uneven ripening of the bunches. The weather took a toll on these crops as well in 2012 so they are currently transitioning this wine. One of the interesting flavors this grape produces is apple cinnamon so it is a nice one to try warmed with mulling spices. We remembered how sweet the White Muscadine Dessert wine always was, but were pleasantly surprised that it wasn’t too sweet this time. The Red Muscadine Dessert was tart and sweet but unfortunately is now all gone.

We had such a nice time reminiscing with Heather, Sal and Rosa and purchased a half-case to split between my Florida family and send back to CA for us to enjoy. We knew my dad’s and stepmom’s favorites so we made sure to bring them with us. We always look forward to going to visit Rosa Fiorelli Winery when we are back in Florida. It will be exciting to see how the wine, vineyard and processes change after their transition!

If you’d like to read more about the White Muscadine dessert wine, check out this past blog entry: