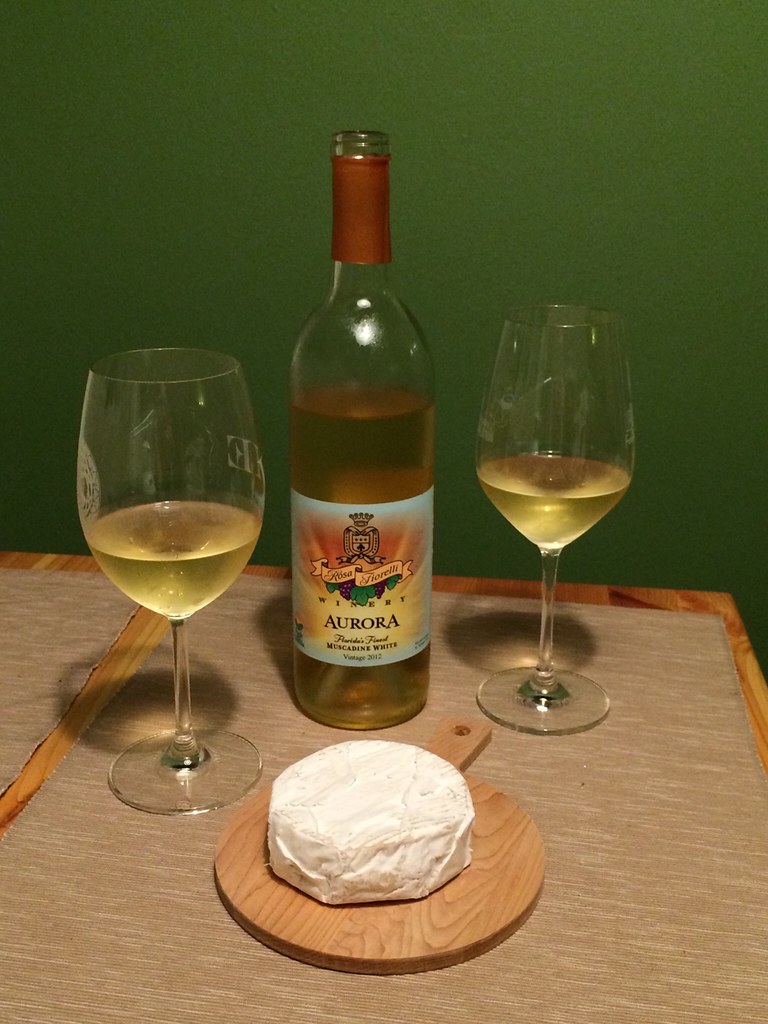 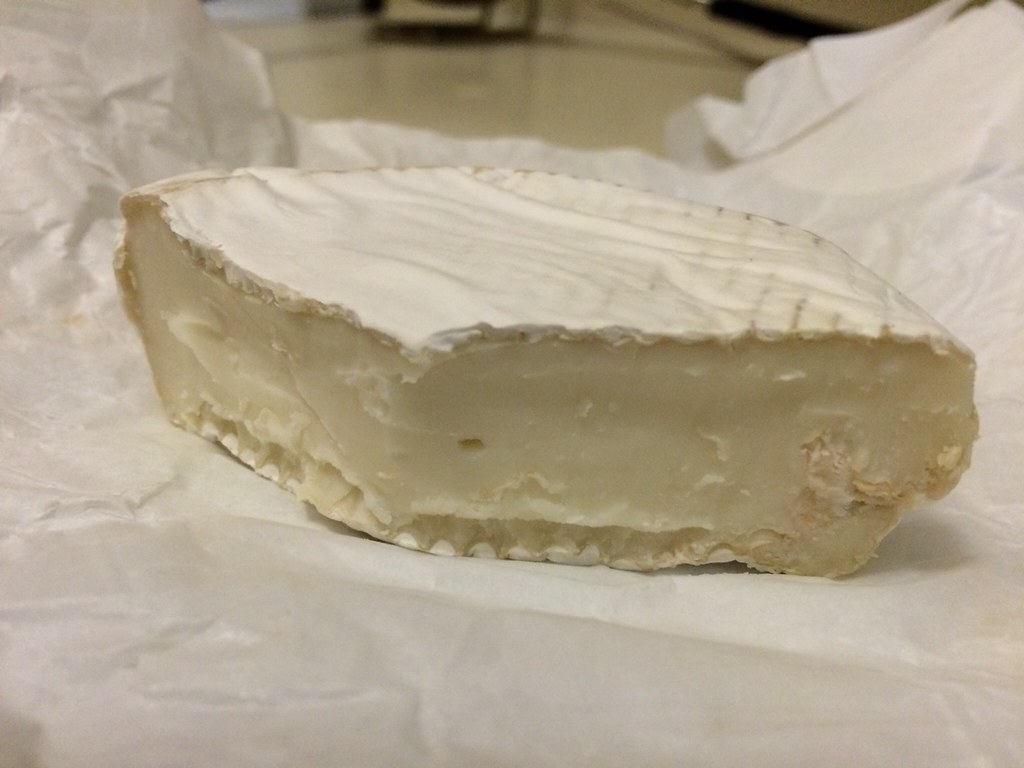 This week we chose a wine from our recent trip to Rosa Fiorelli Winery (http://mferraro73.tumblr.com/post/102075609983/a-visit-back-to-rosa-fiorelli-winery-bradenton). And the cheese really has us wondering, a goat milk Brie, http://cheese.about.com/od/frenchcheeses/p/Goat-Brie.htm. Can’t wait to get into that one! I mentioned this pairing at work before I left one day and had others excited about it too, so without further ado, Aurora Muscadine wine and Goat milk Brie.

When we swirled and sniffed our wine, we immediately noticed the white muscadine grape aroma. I would describe it as sweet but light and Neil found it to be similar to concord grapes with honeysuckle aromas. The flavor was soft with a slight oak finish. Neil couldn’t quite pin the flavor down but said it was kind of citrusy.

The cheese definitely looked like Brie which made us question, “What makes a cheese Brie?” So we hit the web and did a little reading, http://grannysbest.blogspot.com/2009/12/goat-milk-cheese-brie.html?m=1, generally it has been molded and wrapped in linens, uses a specific cheese mold and ripens from the rind inward. I didn’t detect much of an aroma in this cheese but Neil said it smells like the ideal combination of goat milk and brie. We both agreed that there was a thicker texture than many other soft cheeses we’ve tried. Neil was actually pretty excited because it could hold itself together. For this reason, I thought it would be nice for a cheese board. As far as flavors, I noticed a very salty flavor with a hint of chlorine and Neil said that the overpowering flavor of goats milk was not there. He felt it might be his favorite soft cheese so far!

As we paired the wine and cheese I found the wine to have a richness, with less fruit and more oak. The cheese seemed less salty so I preferred the pairing better than the cheese by itself. Neil thought the cheese became creamier and a little more salty while the wine was more tart. He likes the combination because it’s different and the wine almost seemed like a liquor, not a wine. The cheese wasn’t as creamy as I thought it would be when choosing this pairing but still a good match, especially since we both liked it!