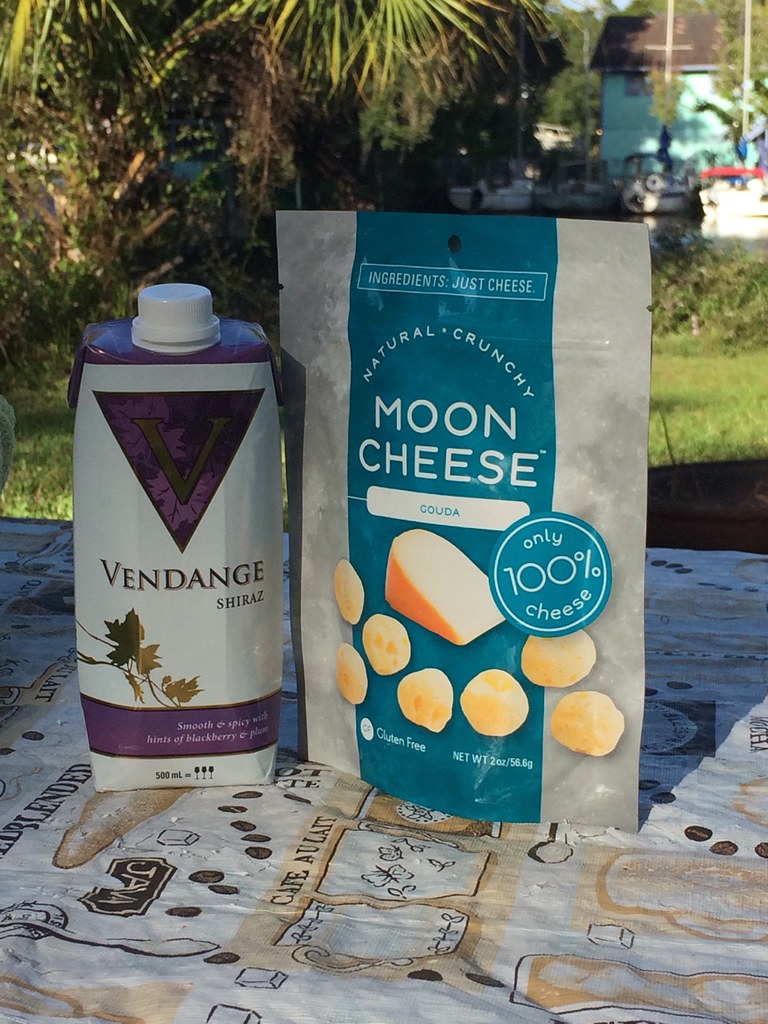 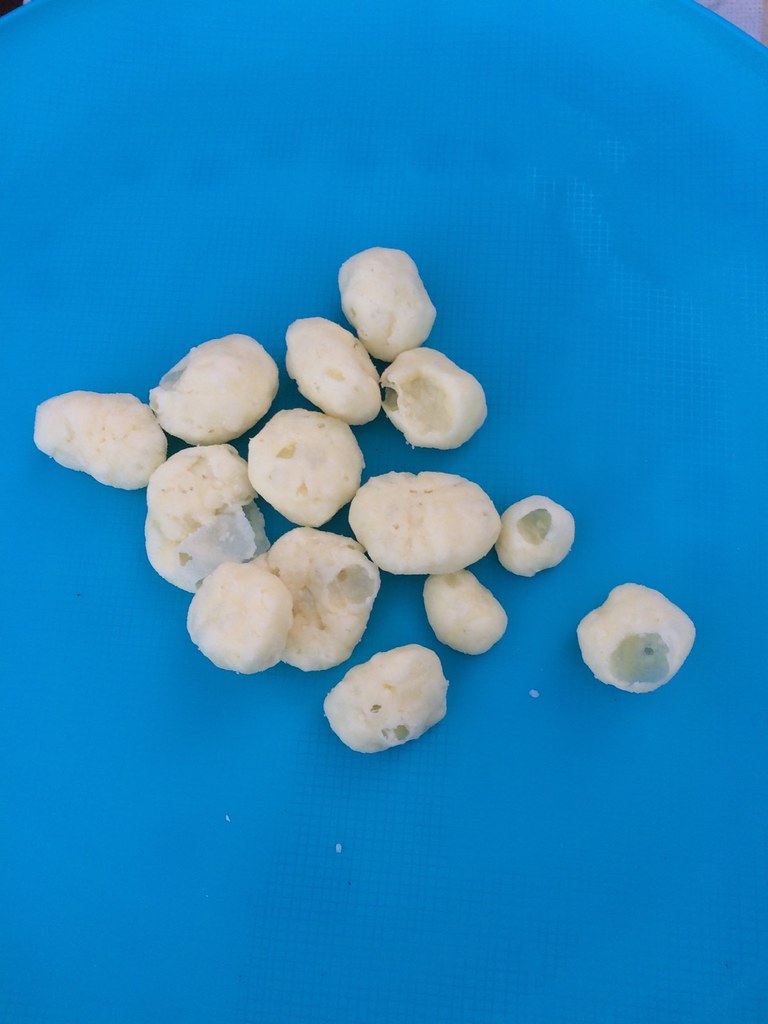 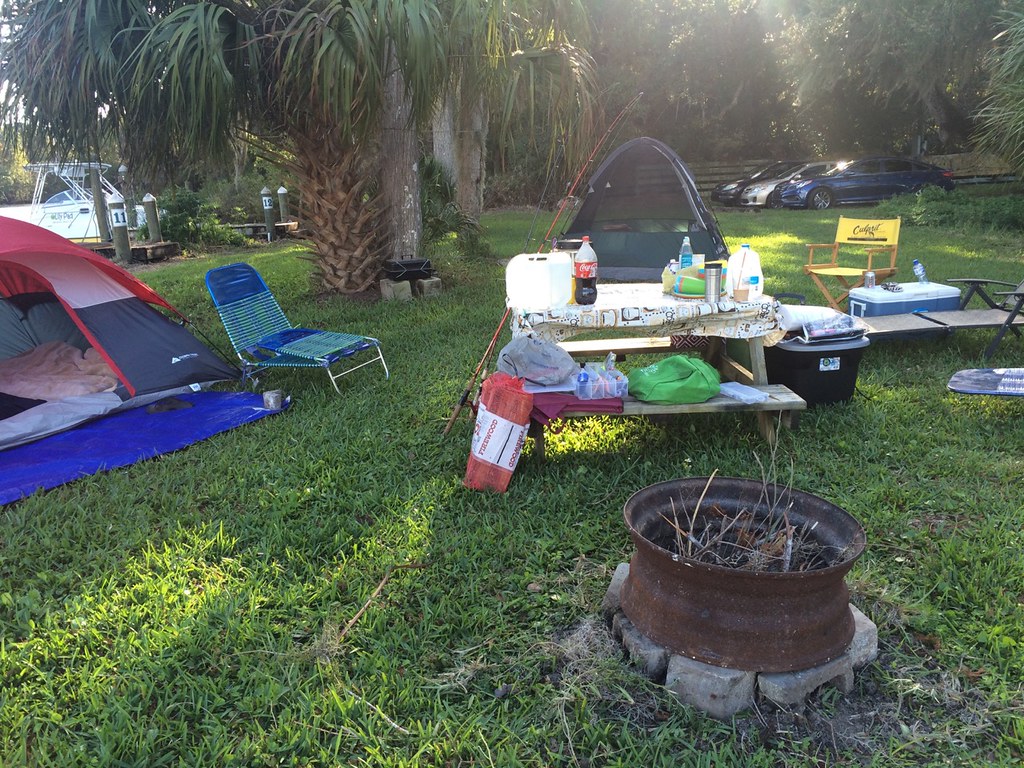 Neil and I went camping over Thanksgiving weekend so we embraced the camping spirit and brought wine in a box and freeze dried cheese. We’ve heard the bad rap that boxed wine gets but this would be lighter and no glass to worry about, so we figured it was worth a try. I’m sure you are intrigued about the freeze dried cheese. We were in Starbucks (http://www.starbucks.com) and the title “Moon Cheese” caught my eye. What better time to try it than when you are out in the woods!

The wine varietal was Shiraz, and knowing Neil’s love for Syrah, we decided to give it a roll. When I swirled it, in my plastic cup, it smelled like grape soda and alcohol. Neil noticed spice, cassis, and a hint of smoke aromas which I don’t think was campfire :). As I tasted the wine, I found it to be dry, earthy, tangy, light, and higher acid since my mouth was watering. Neil tasted similar flavors to his aromas and also identified plum. Linda, Neil’s mom, was with us and she described the wine as tangy and plum flavored.

The Moon Cheese was Gouda flavor and the label said it was 100% cheese (http://www.mooncheese.com). Although this cheese looked like strange pellets, we still smelled it before tasting it. Neil found salty aromas with a hint of sweetness. I agreed that it smelled salty and it reminded me of a Cheese Ball aroma. There was a light funk flavor and it was pretty tasty! Neil said the flavor was milky and it reminded him of a Cheese-It cracker. Our nephew, Richard was there too, so we asked him, what he thought of the flavor? He said it was pretty good but he probably wouldn’t eat it often. The flavor reminded him of dried up provolone. I probably wouldn’t eat this as a replacement for other cheeses but Neil and I agreed that it would be a nice midday snack!

As we paired the Shiraz and the Gouda Moon Cheese, Neil thought the wine tasted totally different, now it was peppery and dry and the cheese was more salty. I found the wine to smell the same and the wine was still dry but not much flavor. The cheese seemed to be less milky and then a sweetness appeared in the wine. Would we drink this wine again? Maybe if we were on a boat or camping again, but not likely if we were at home. We are curious if our local Starbucks carries Moon Cheese? Wish us luck!