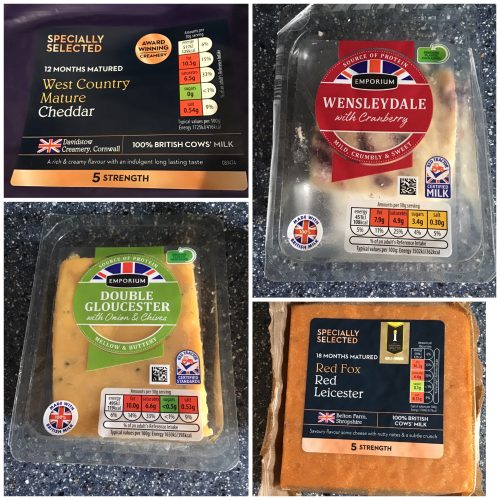 Had to try some British cheeses before we left Manchester, England! Can you believe it, we even found an English wine. Look at the bowler hat, it’s so British! 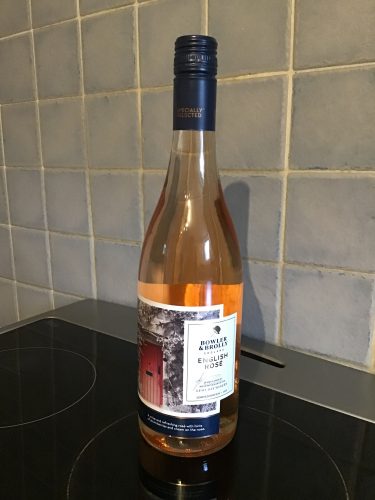 I’ve heard of English Cheddar, Red Leicester, Double Gloucester, and Wensleydale with Cranberry before but besides my favorite cranberry cheese, I was never that familiar with the others. We’d bring the cheese plate to our friends who are from here to see what their opinion was. 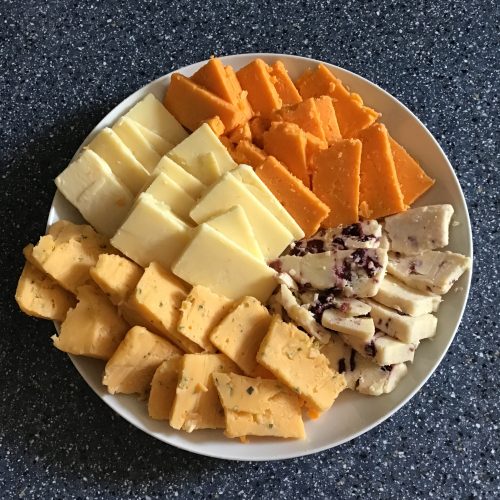 We took notes on the Double Gloucester with chives and onions first. Neil liked it and I wanted it melted on a baked potato. Lucy’s had them all before but this was her favorite. Surprisingly it went pretty well with the wine too.

The Red Leicester was pretty new to me, but maybe I’ve tried it before. It was creamy, milky, flavorful and my favorite of the group. We would even get to enjoy the rest of the block in our macaroni and cheese that day. 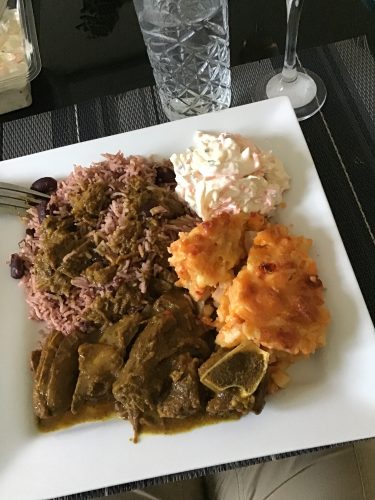 I opened up the Wensleydale with Cranberry a few days before preparing the cheese plate. I’m actually surprised it made it to our friends house because I’ve always enjoyed this cheese since we began Wine and Cheese Friday! It was sweet with a funk finish. Neil agreed with those notes and said he could even taste the funk initially. I guessed that this would be the best pairing with the wine but the wine got more tart and therefore it wasn’t great.

The aged cheddar was our final cheese that day. I have a thing about cheddar where I usually consider it too much of a regular cheese but when it’s aged, it gets bumped up a few notches on the ladder. Being in England, I had to try a proper British cheddar! It was dry, tart, creamy and quite good when I had it on a grilled cheese and on my egg sandwich. I paired this with the wine as an afterthought and it was pretty nice, a flavor of cream came out.

So the only notes you haven’t heard yet are about the wine. It smelled a little sweet when I opened it up but it had a tart finish. We were all a little nervous that it might be a sweet rose but Lucy actually commented that it was quite dry. Neil and Steven both thought it was ok but overall it was much better than we all expected.

One of my favorite parts of this #wineandcheesefriday was that the cheeses were on the artisan side so they actually call out that they are all made from British milk, as well as the specific cities where a couple of them were from. How cool! I’ll be looking for the Red Leicester again! 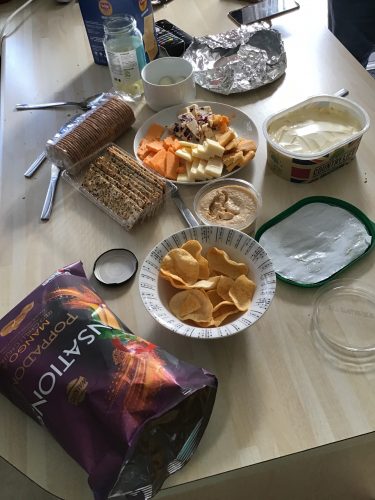