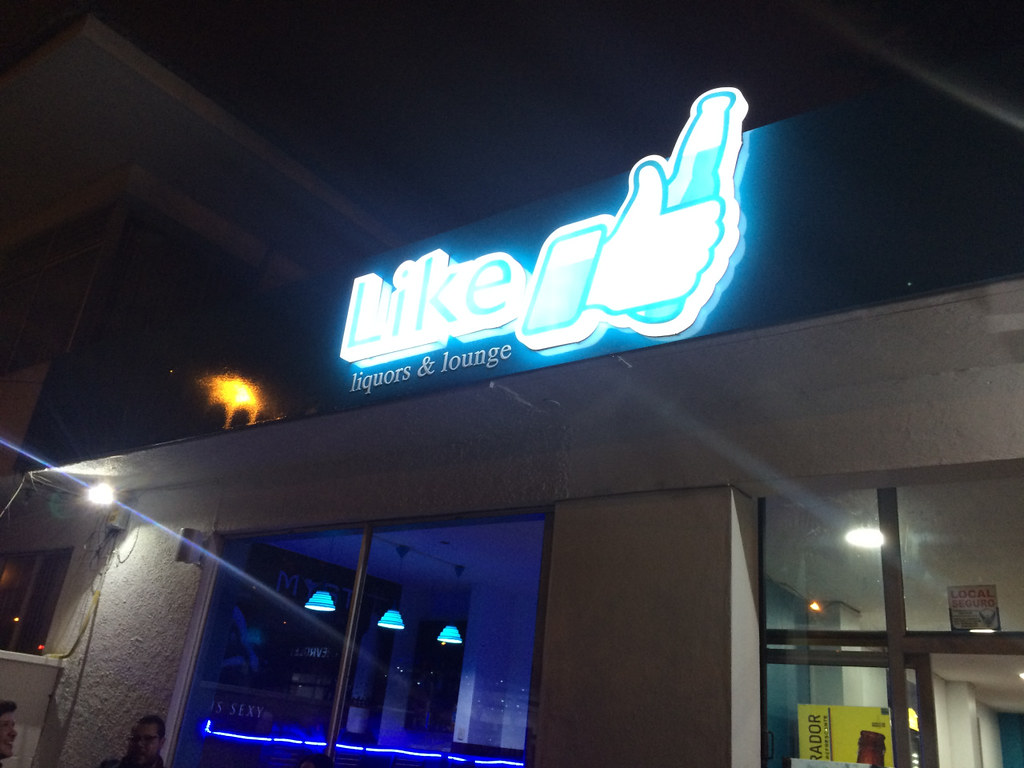 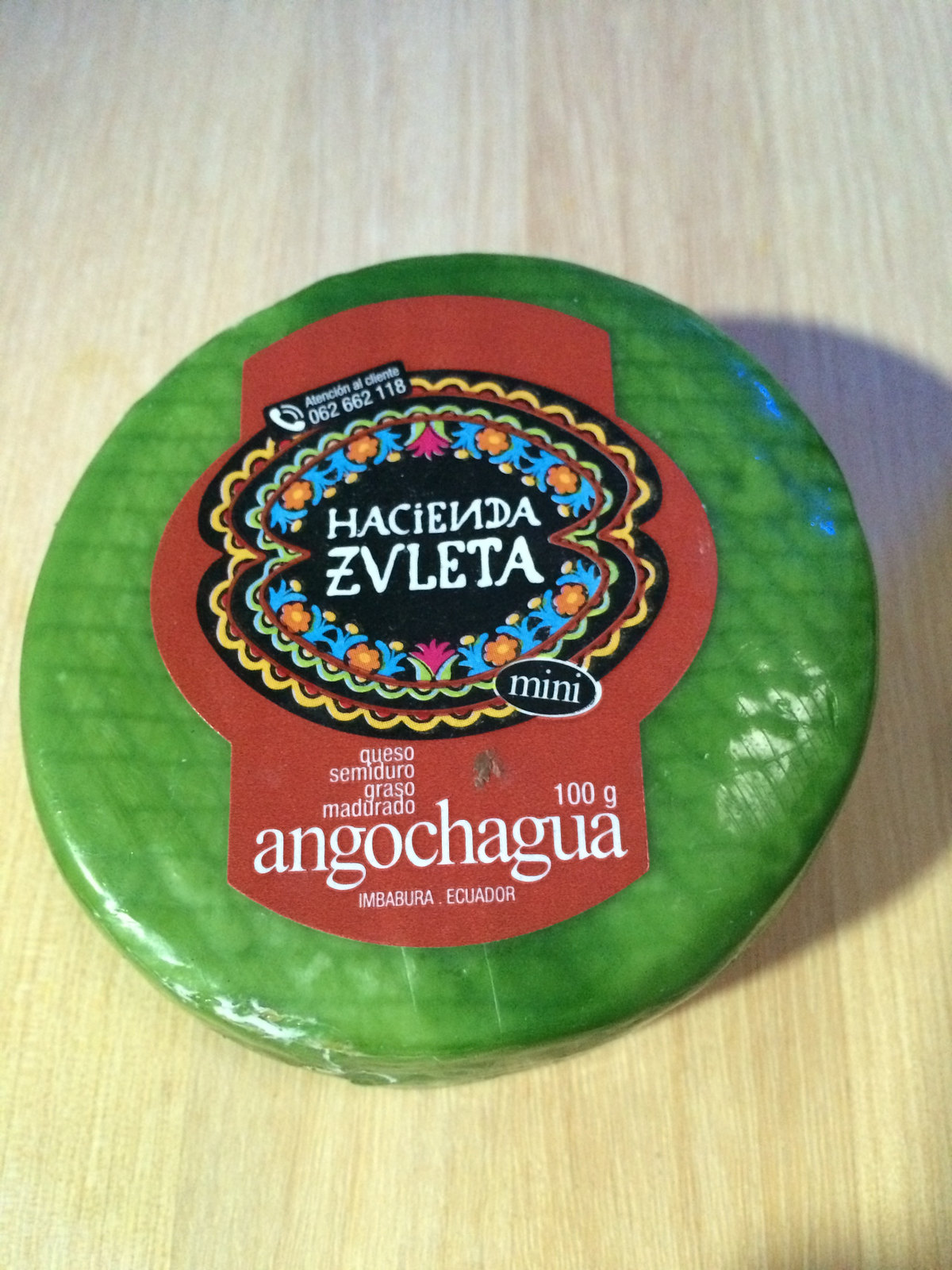 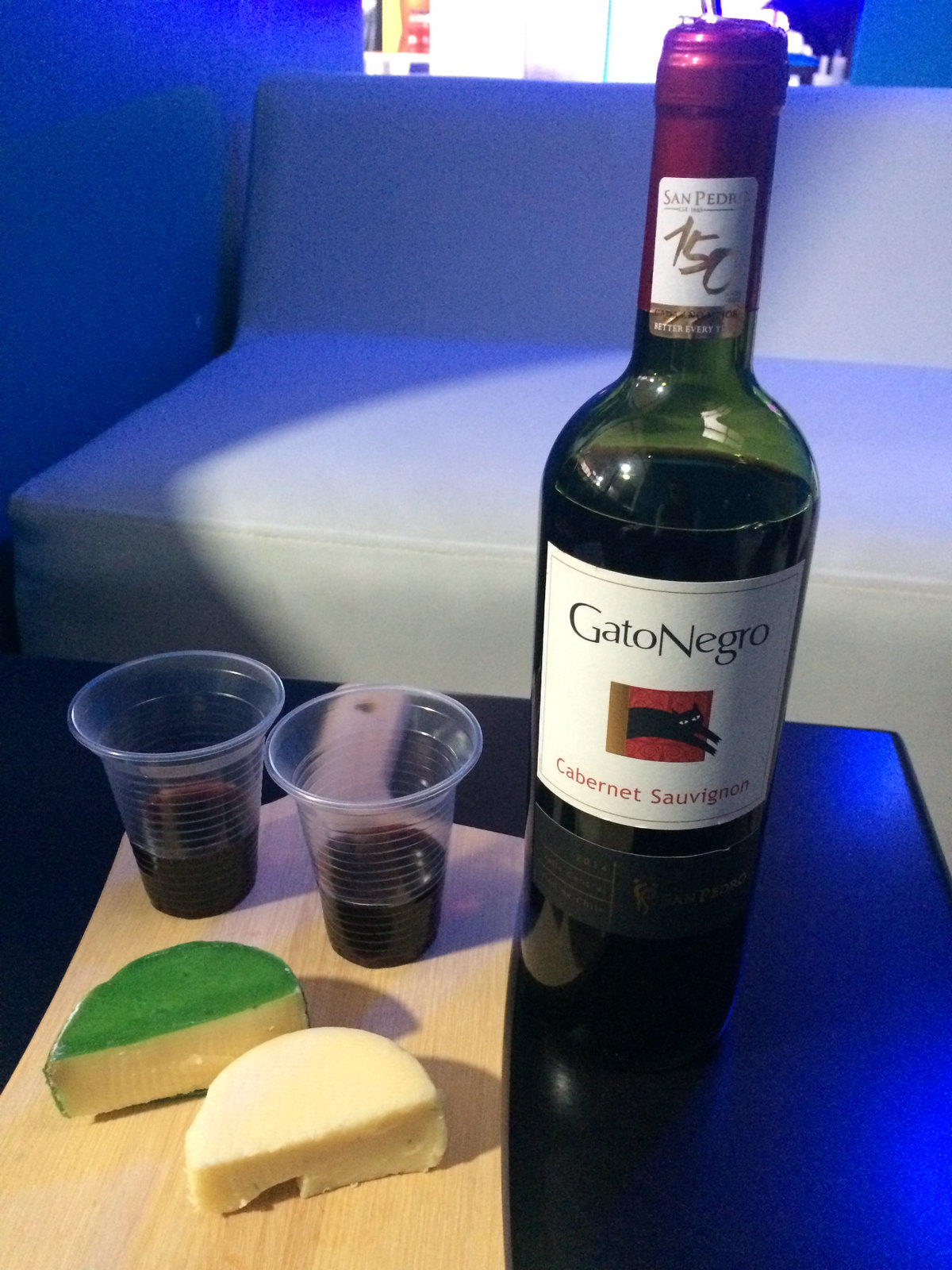 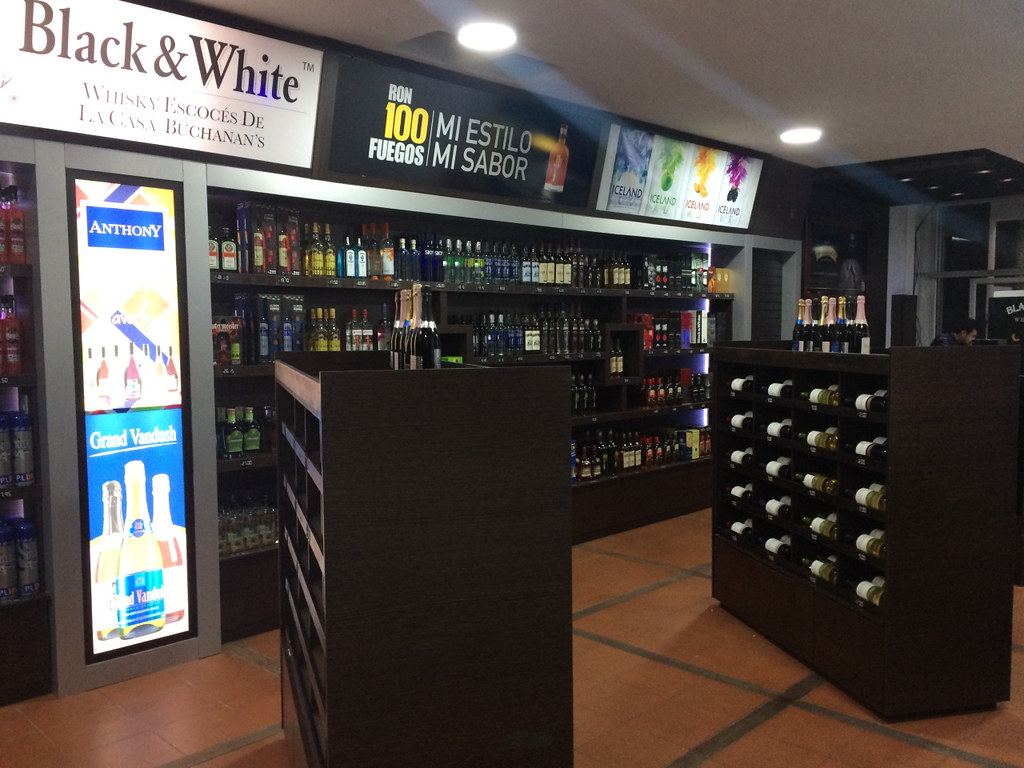 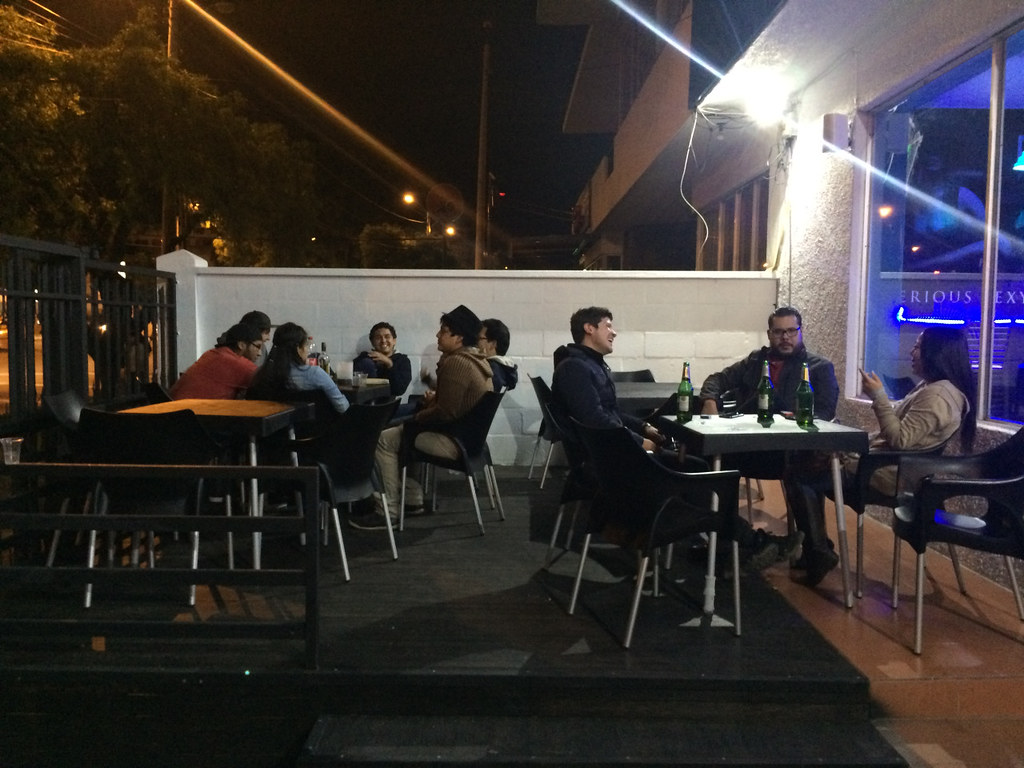 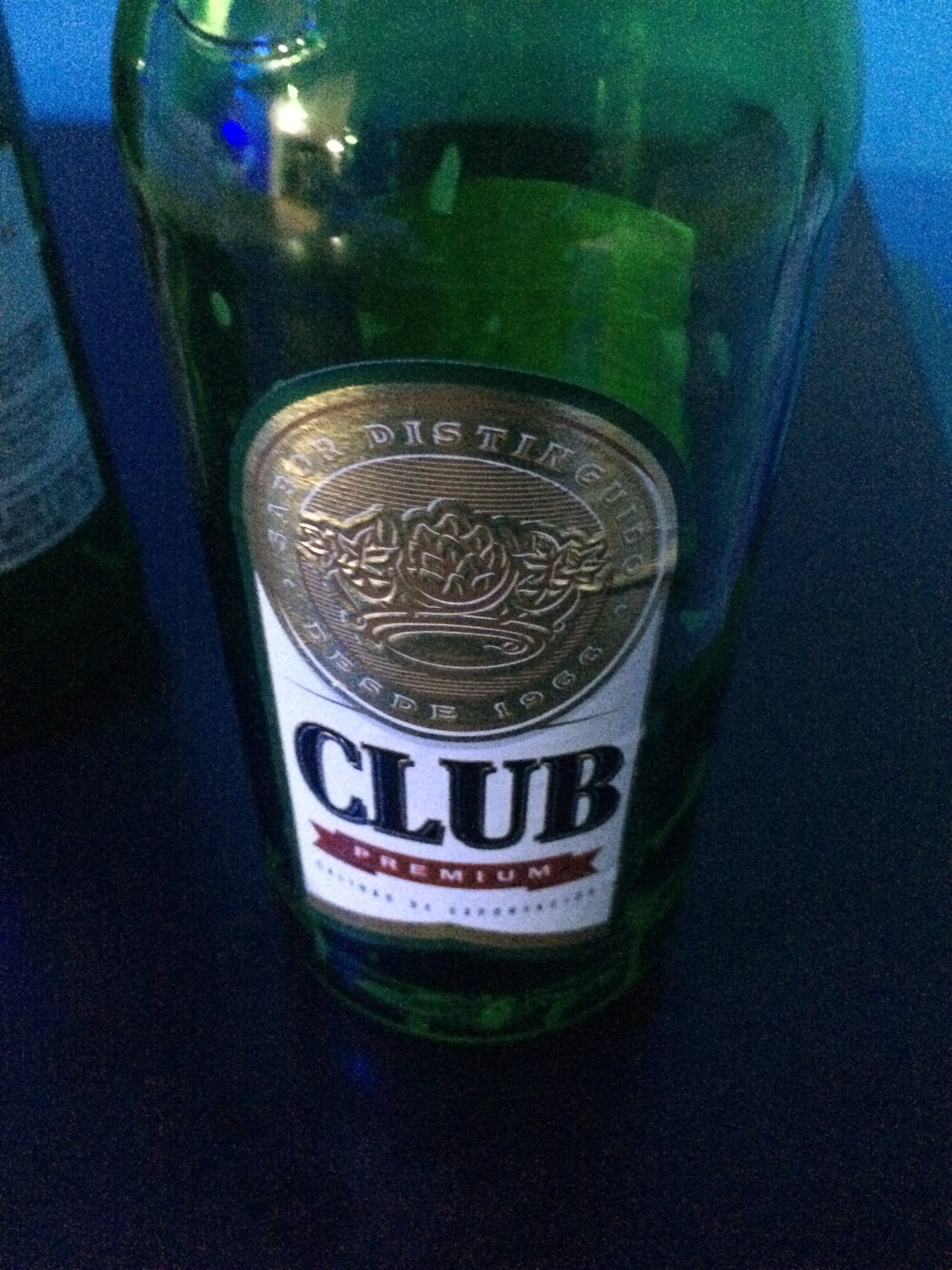 We hit the road for WineAndCheeseFriday this week. While we were out a couple weeks ago, we walked passed a store called “Like Liquors and Lounge”, https://www.facebook.com/Like-Liquors-Lounge-223762377816761/?fref=photo. We decided to stop in that day and see what they had. It was  a liquor store with a bar inside. We looked around and found some local whiskey to try and when we paid, the cashier told us you can buy wine, beer, liquor, etc and then sit down and drink whatever you bought. This seemed like a pretty fun idea so we headed there last night to grab a bottle of wine and check out the atmosphere! There was another store nearby that sold only wine and cheese so we picked up a cheese on the way there.

When we arrived, we made sure that it was fine to bring in our own cheese and they were totally cool with it. Last time we were there, we checked out the wine but looked again last night before making our decision. The Cabernet Sauvignon from Gato Negro was a Chilean wine that cost around $10 so we figured we’d try it out. (http://www.gatonegro.cl/index_eng.html) Although Neil and I aren’t usually fans of Cabernet Sauvignon in California, the Chilean version has seemed a little milder for us. Once we paid for our wine, we were handed our plastic cups and we found a spot in the area with the blue lights and comfy couches. Definitely a funky atmosphere, with music playing that reminded us of Spanish music from the 80’s. Maybe the Cure performed in Ecuador too?

In preparation to go to Like, we brought a knife and cutting board for the cheese but unfortunately no wine glasses. My wine was kind of hard to swirl and smell without a glass but it seemed like a generic red wine without a dominant aroma. Neil did a better job of finding aromas including black cherry, blackberry and a hint of pepper. As I sipped the wine, I noticed a big, dry flavor with a blackberry finish. Neil found it to be light in texture but then a cherry cola flavor appeared. He also identified light pepper flavors and a kick of sugar. We were both excited to experience the lingering finish. We agreed that it was a nice wine. I didn’t find it to be overly fruity or sweet. Neil said it was an overall light Cabernet that tasted earthy and fruity.

When we picked out the Hacienda Zuleta cheese, http://zuleta.com/destinations-in-highland-ecuador/traditional-artisan-cheeses-of-ecuador/, we had no idea what type of cheese it would be but we had just seen that brand in another store so we figured we’d give it a try. After we peeled off the layer of wax, the cheese reminded me of provolone cheese. It smelled somewhat smoky and salty. The texture was a medium softness. As I tasted the cheese, I noticed a hint of herbs, a salty mild flavor and that it coated my tongue. Neil didn’t have much to say about the cheese except that he tasted salt and cow’s milk. We both thought it was pretty good.

As we paired the Cabernet Sauvignon and Hacienda Zuleta cheese, Neil felt the salt in the cheese mellowed and he tasted milky, fresh grass. The wine was a much better balance of fruit and earth and there was a little more pepper with a hint of smoke. He enjoyed the pairing. When I paired the wine and cheese, I found an unexpected reaction. Both the wine and cheese seemed pretty dry as I swallowed them. This was pretty strange because when I initially tasted the pairing the wine didn’t seem as dry and much smoother.

We had a fun night visiting Like Liquors and Lounge. After our note taking was complete, we sat back and enjoyed the music, which by this time had switched to American Rock from the 1990’s. There were a few groups of college students that came in to have a few beers and then head to the next place. Neil noticed that the beer they were drinking, Club, was a big bottle that could be shared. We looked around a little more before leaving and saw that they have around 5 or 6 brands each of wine, rum, whisky, etc so it’s a pretty good selection. There’s even seating outside so why not check it out if you’re looking for a place to grab a drink in Cuenca, Ecuador.