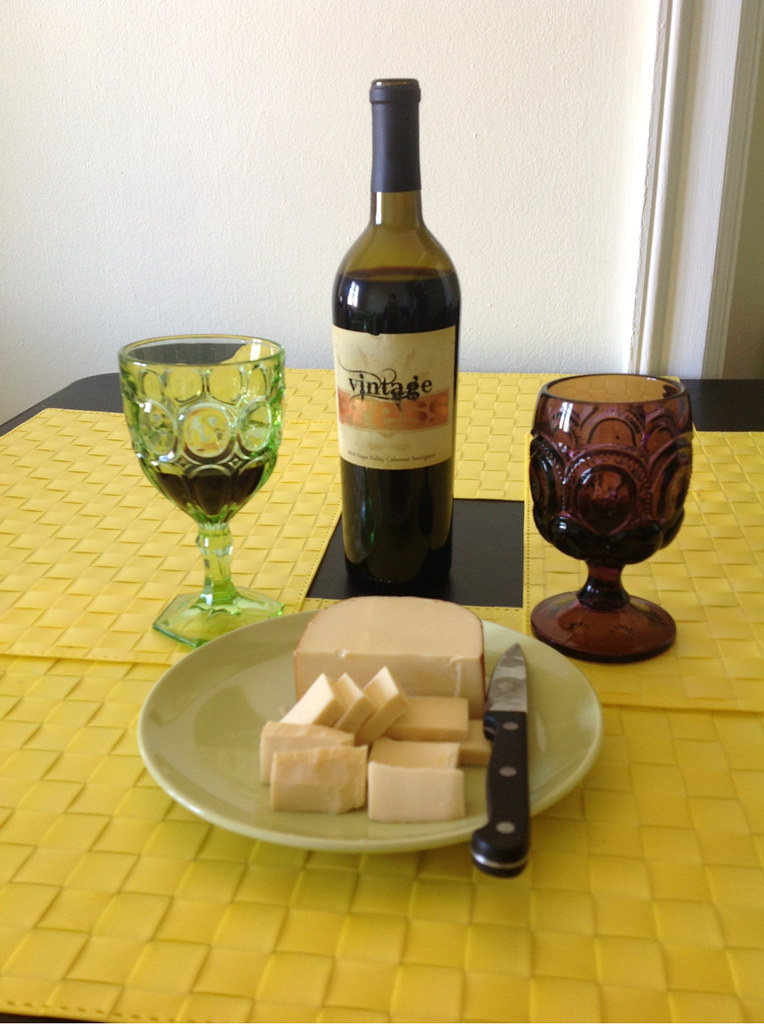 We began by swirling our wine to really release the aromas. Maria smelled tannins while Neil said it smelled great! During our initial sips Maria identified grapes & oak with a tobacco finish. Neil noticed a distinct spice when you swallow, kind of like wasabi. Could this be the oak?

Maria found the cheese to be very smoky! Neil described it as hearty and creamy. When we tasted the Gouda with the Cabernet Sauvignon Neil felt the cheese made the wine sweeter and it brought out a berry flavor in the wine.
Maria tasted tons of oak but it was definitely influenced by the smoked cheese.

We chose the smoked Gouda Cheese because we thought it would work well with the Cabernet. Once we tried it Neil found it was a good combo, but Maria disagreed, the smoked cheese is too much for this wine.

After wine and cheese, we typically have about a third of a bottle of wine remaining. We will then try it with dinner during the week. We usually don’t write about it but this week it was really puzzling Maria.

When she had it with dinner it seemed that the wine mirrored the food and didn’t really have a flavor of its own. This is similar to what she experienced with the cheese. Therefore she concludes that this wine takes on the flavor of what you eat with it.