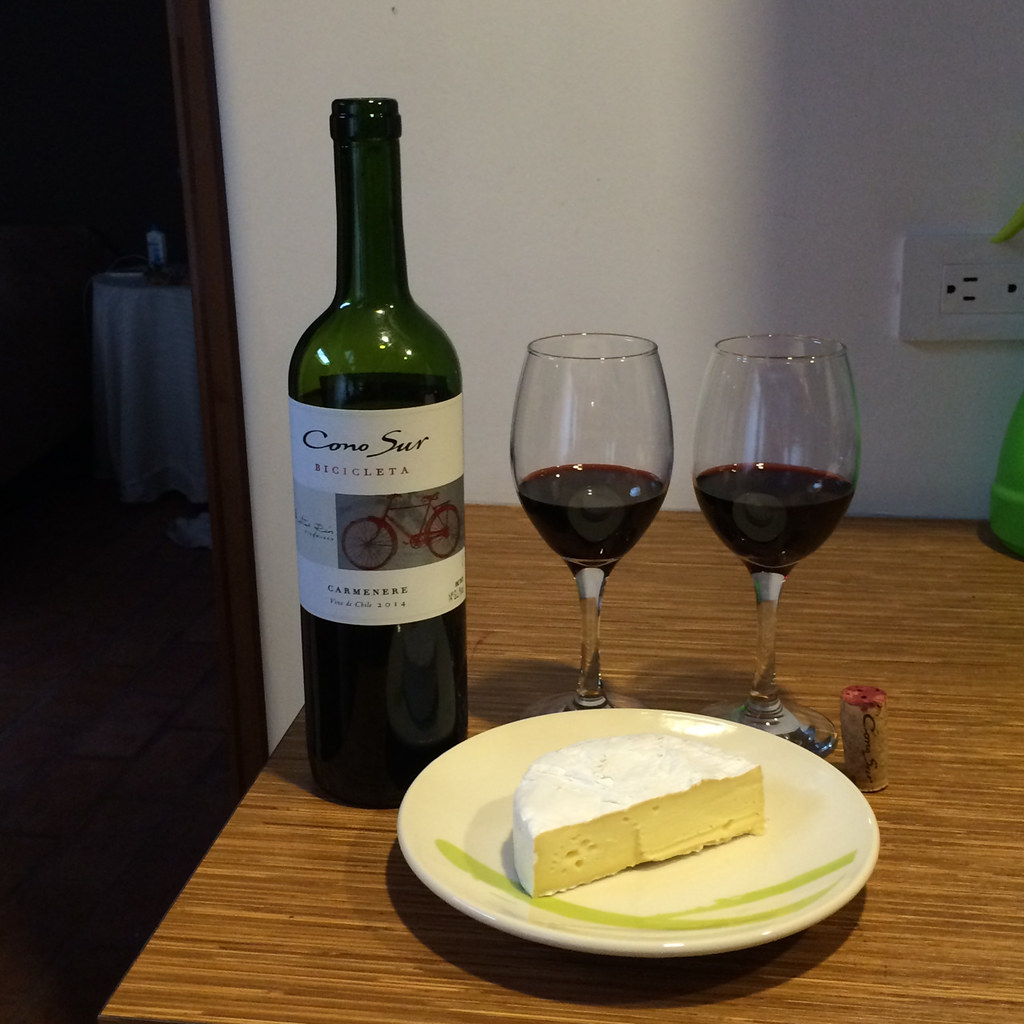 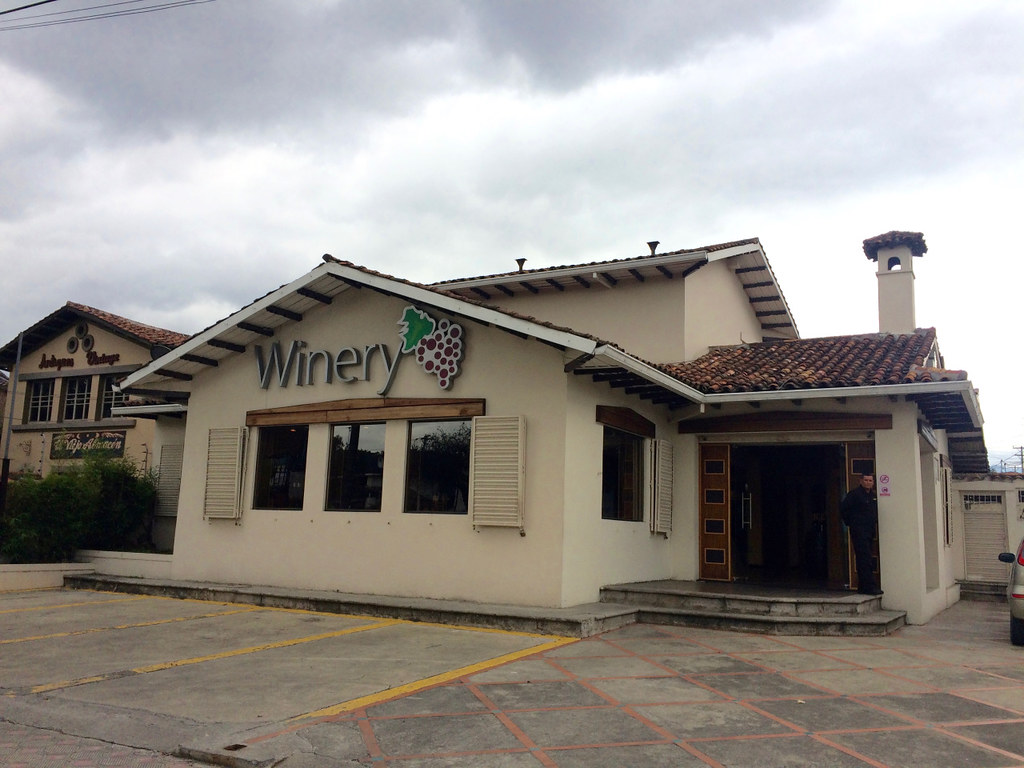 This weeks WineAndCheese not only rhyme, they look like the same word. This was all coincidence with what we found this week in Ecuador. The wine is Chilean and it is sold at a place simply called “Winery”, of course it caught our eye when we walked by. There was no wine made there but a wide range of wines available, including Penfolds, Veuve Clicquot and an assortment of South American wines. We chose the Carmenere by Cono Sur since we’ve only tried this varietal once or twice before and wanted to learn more about it.  We found the cheese at our local grocery store, Supermaxi. Although we are not familiar with the brand Floralp, it said it was made in Ecuador, so we had to try it.

I was already excited when I swirled the Carmenere because it had an earthiness to it, specifically slate, mineral and tar, in addition to the blackberry fruit. A majority of the wines we’ve had here so far seem to emphasize the fruit but not oak or terroir. Neil noticed mainly the fruit, cassis and plum. He found the same fruit flavors as well as some spice and called it a nice balanced wine. Unfortunately he also identified an alcohol kick in the back of his throat. When I tasted the wine, there were similar earthy flavors, the same berry, a hint of a sour acid, a dry flavor, and medium texture. It had a definite complexity that I really enjoyed! Neil felt it could be compared to any of the other “big reds”, such as Syrah, Zinfandel or Cabernet Sauvignon.

On to the cheese! When Neil smelled the Camembert, he said it had a huge aroma of fresh cut hay, some milk and a little funk. I agreed with the funk, and also added salt to the list of aromas. Neil found the texture to be a little strange, reminding him of a plastic or a spongy texture. I enjoyed the texture, calling it soft and smooth. Neil noticed flavors of milk and light hay while I thought it had a mild funk and salt flavor. At first it seemed like a pretty mild cheese but as the flavor lingered, it increased quite a bit! Although Neil didn’t like the texture, he really loved the smell.

Once we paired the Carmenere and Camembert, I could still smell tar and fruit aromas. Then as I sipped the wine, the flavor followed a sequence of no flavor, big spice then mellow. When I tried the cheese right after the wine, it had more salt flavor, then butter flavor. Neil said the wine caused the cheese to be a saltier milk with hay flavors. The wine even became smoky and spicy. We were both impressed with what a noticeable change happened from this pairing. Neil thought the wine would have overpowered the change. We’d both vote that this is one of the most interesting and better pairings in a while! And funny enough, they rhyme.