Celebrating Rosé Day with a Provence Rosé and a Lavender Cheese 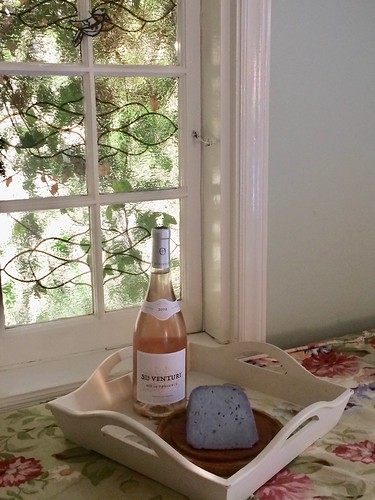 This wine and cheese pairing began with a cheese. We first tasted the lavender goats’ milk gouda cheese in the Amsterdam Cheese and Liquor Store in Sint Maarten. They surprised us by mentioning that Gouda cheese can be stored for up to 6 weeks unrefrigerated since it is a hard cheese. That was all we needed to hear; we purchased multiple wedges of Gouda cheese to bring back to the US with us. The lavender cheese would be used in a future pairing and the rest would be souvenirs for family. Yeah, we consider cheese a souvenir ? 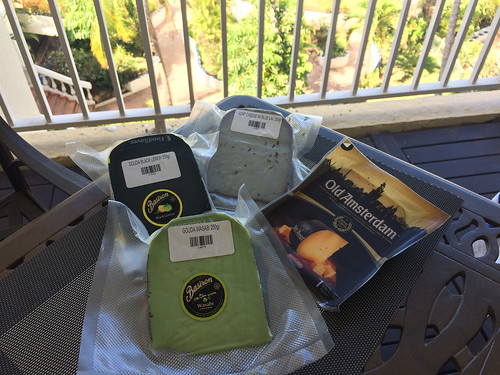 Since lavender is such an unusual flavor for cheese, we really had to think about which type of wine to pair with it. I had the idea of a floral wine, and when talking to Neil about the pairing and he said “Lavender grows in Provence, seems obvious to choose a rosé from there!” He made me so proud. So it was settled, we’d find a Provence rosé to pair with the lavender cheese. As we looked through our selection of rosé in the store, we really couldn’t find one that mentioned lavender aromas, but the salesperson did suggest one that was very interesting. 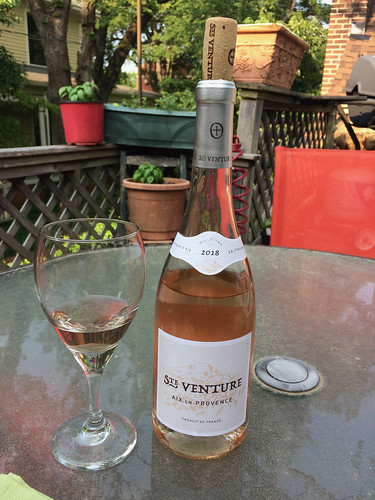 With our wine and cheese in hand, we were ready to begin our pairing. As we looked for the aromas of the wine, we both noticed the scent of flowers but couldn’t quite pinpoint the exact variety. In addition to the flowers, I thought it was fruity and crisp, perhaps berry and orange aromas. Neil thought it smelled like melon with a hint of bubble gum. The texture seemed light with flavors of berry, mineral and a nice lingering finish. Neil was surprised that the wine tasted and smelled the same with melon, bubble gum and flower flavors. 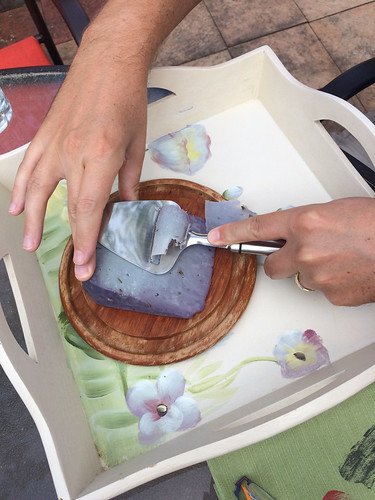 We had already tasted the cheese in Sint Maarten, and I was reminded of how much I liked the aromas as it wafted across the table. I found a bouquet of goat cheese, salt and lavender. It was impressive that it was a pretty even split between goat cheese and lavender. Neil said “mmm Lavender” as he also called out milk and salt aromas. When I tasted the cheese, there was a burst of lavender flavor, but still there was that nice blend of cheese and milk flavors too. Neil described the texture as creamy with a sweet lavender flavor and a hint of salt in the finish. He thought it was a bit saltier near the rind.

After tasting such an interesting cheese, we wondered what else might pair with it? We were thinking either fresh or dried fruit and maybe some salty nuts. Usually we pair our wine with a tray of charcuterie or some olives but it doesn’t seem that either of these would work with this floral cheese.

For the pairing, it was really funny because after Neil’s initial taste of the cheese, he instantly grabbed his wine to pair the two. I saw him do it and he said, “Oops I guess I’m excited.” He really did like it and even spoke Spanish “¡Me gusta lo!” He described the wine flavor as more of a tart red berry or a strawberry. The next taste of cheese revealed a micro burst of salt but then the sweet lavendar and cream. He enjoyed how they played off of each other. I was a bit confused by the way the wine changed during the pairing. It seemed to smell lighter and then taste heavier. The cheese tasted more floral. I wondered if the wine was changing because it was warming up as we sat outside.

I repeated the pairing a few days later so I could try them while the wine was more chilled. The cheese still seemed more floral after the pairing. The wine did change a bit though. I could notice more of the milk from the cheese and my tongue seemed dry. Then the wine was a bit spicy with a clean finish. Even during that short tasting, the wine seemed to warm up pretty quickly. Guess I need to get some wine pearls. At least Neil’s pairing revealed exciting results as I guess I’m still not sure of them together.

We had hoped to find lavender notes in the wine but we wondered if that would have been too much with how lavender the cheese was. Either way, this really was a nice summertime wine and cheese. And although Neil and I have different opinions on whether we should enjoy them together or separately, how cool is it that we found a lavender cheese? I think it’s pretty awesome we were able to bring this cheese souvenir back from our vacation and create this pairing as a part of #NationalRoseDay. 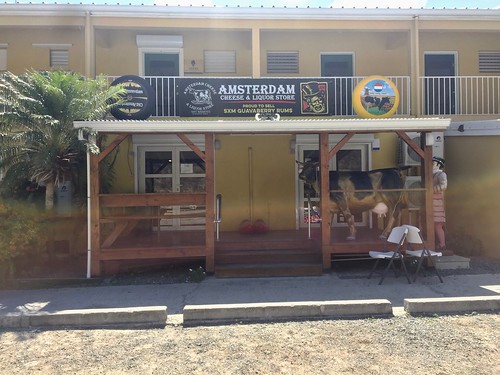