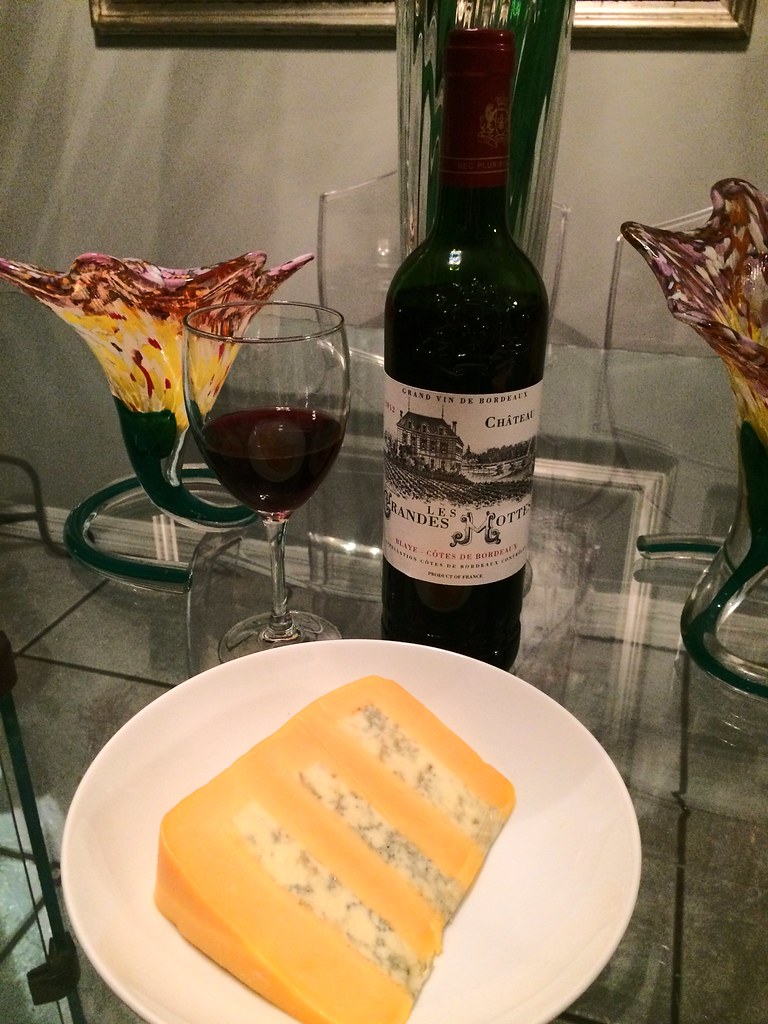 This wine will be the first in the set of wines recently purchased at West Palm Wines. We went there just before Christmas to purchase our gift to ourselves?. We chose this bordeaux wine with the idea that we really liked how bordeaux wine smelled in the past. We also figured one that was more Merlot based would be easy to drink. French wine can be challenging to navigate when you don’t know the different chateaus so be sure to ask your salesperson! Thanks for your help Mark! The cheese, huntsman, is a combination of 2 different cheeses, how could we pass it up? We spent New Years Weekend with our friends Pam and Josie, fellow winelovers, so what better way to bring in the New Year! And now the pairing of Château Les Grandes Mottes Bordeaux and Huntsman Cheese.

Let’s learn a little bit about this bordeaux. Château Les Grandes Mottes is the producer of this wine and it is from the Blaye-Côtes de Bordeaux region of France. I was happy to confirm on Wine.com that the Blaye region typically uses Merlot as the main grape and blends with Cabernet Sauvignon and Cabernet Franc. This is something I was very curious about when I started my tasting. The dominant aroma and flavor to me was slate, so I guess I was getting a heavy dose of that terroir! We all noticed it was a pretty dry wine too so I wondered if it might have been more Cabernet than Merlot? We identified cherry, earth, berry, cranberry and slate aromas during our swirling. Josie loves wine that burns as it goes down, she was happy to pick that out in this wine! We also noticed it to be pretty tart and had those same berry, cherry, and fruity flavors alongside the rocks and stones. Pam made note that it seemed unoaked. Josie found it to get stronger as she sipped it.

The cheese was so beautiful to look at with those ribbons of blue cheese peeking out of the orange wedge. The two cheeses used to create the Huntsman are Double Gloucester and Blue Stilton. I had never come across this cheese before so when I saw it at Trader Joe’s I had to try it! The label called it a marriage of two British Classics! We all picked up something different in this double dose of cheese. Josie exclaimed that the cheese was delicious! Neil really liked the blue and thought the Gloucester reminded him of sharp cheddar. He said it was two good cheeses! Pam isn’t much of a blue cheese fan but said the Gloucester was very good. She did point out though that the two flavors are “definitely married together!” I attempted to separate the two cheeses to be very thorough in my notes. The Gloucester smelled milky, was creamy, funky and had a lingering flavor. The Stilton had funky and salty aromas with smooth tangy flavors. Yes, it was good!

During our pairing of Château Les Grandes Mottes Bordeaux and Huntsman Cheese, we all made note of the way the wine and cheese complemented each other. Josie liked the way the strong wine paired with the blue cheese. Pam found the wine to get smoother when paired with the cheese. She also said the wine flavor kind of went away. I agreed with her about this but then I had spice in the finish. Neil noticed the wine to have more fruit after the cheese. Since the wine was so terroir driven, we all liked the way that the cheeses calmed down that slate. We all preferred the wine with the cheese than by itself. Always a fun night pairing wine and cheese with Pam and Josie. Until next time! 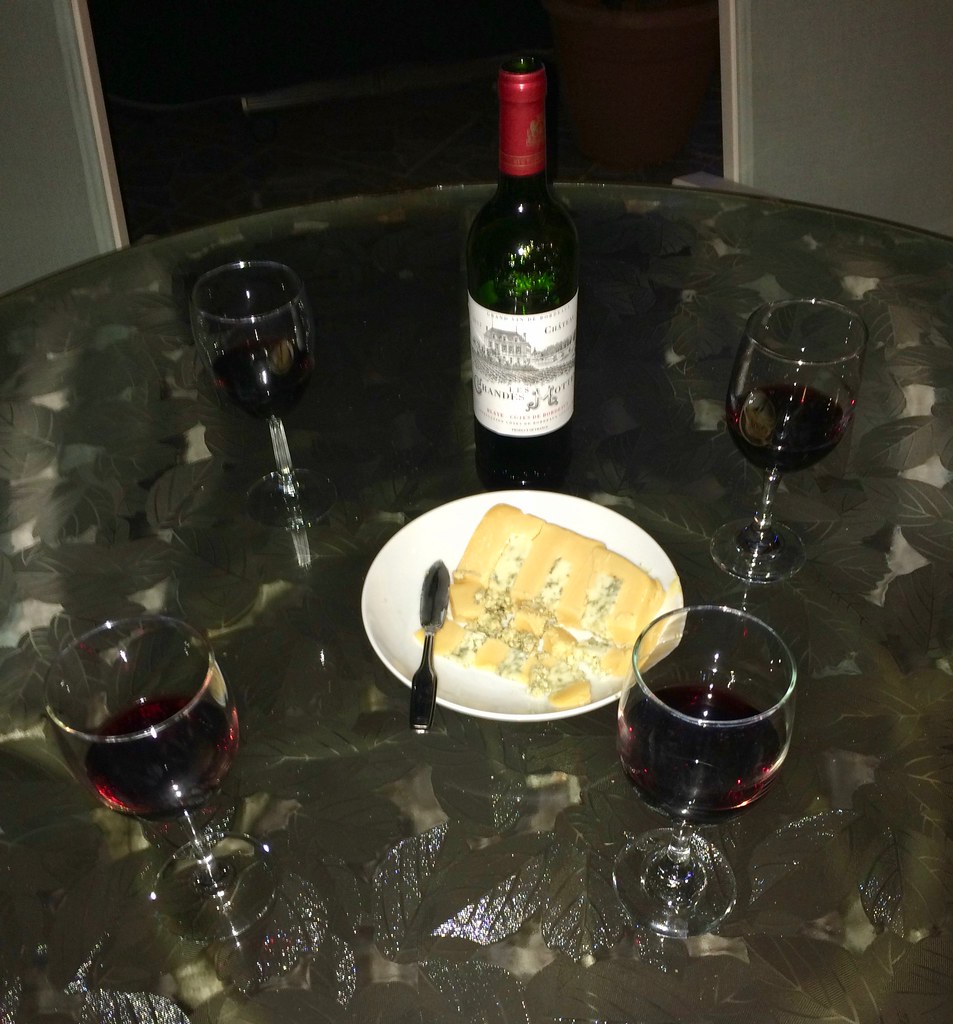