Cheddar cheese through the years 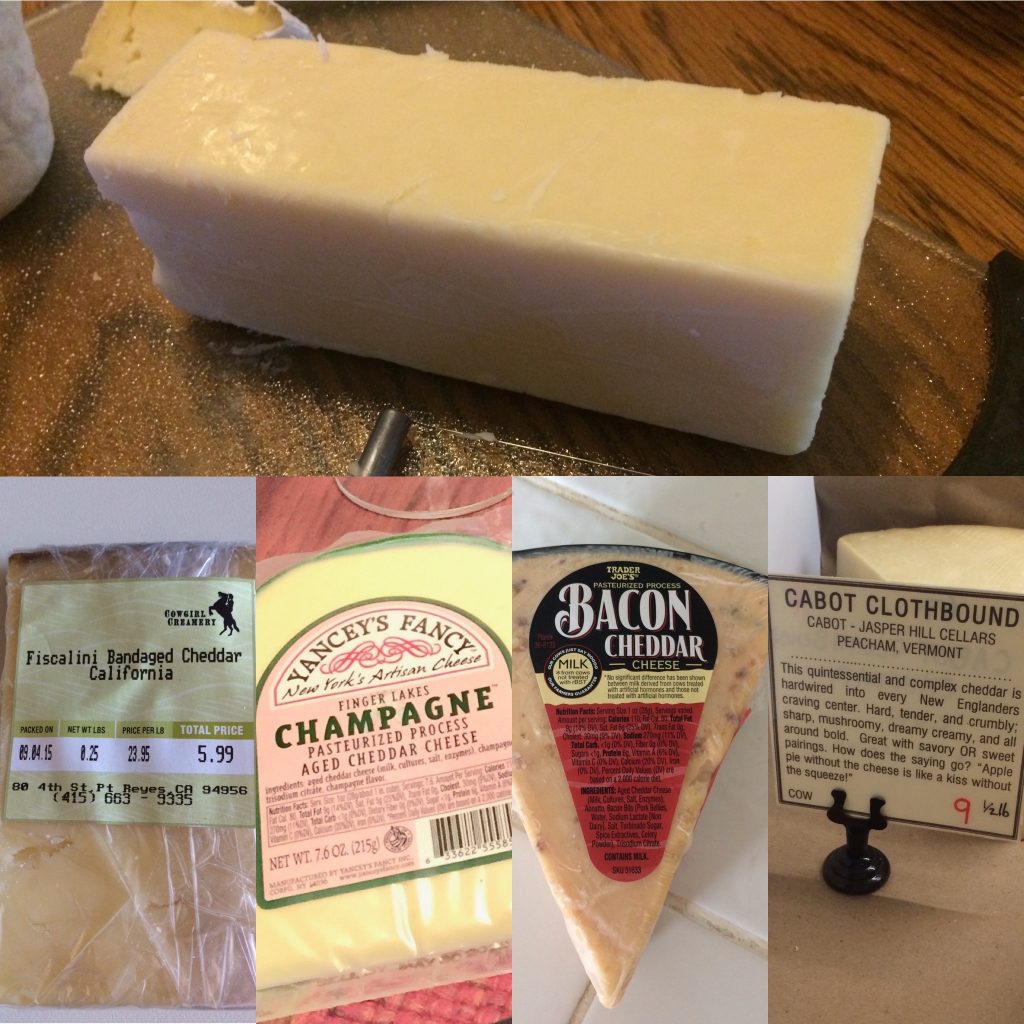 Have you noticed that all of our November WineAndCheeseFriday entries have been tied to cheddar cheese? After learning all about cheddaring at The Art of Cheese we set out to find more cheddar cheese opportunities. At first we thought we’d create two cheddar cheese pairings each with a red or white wine. Then we found out our trip to Rogue Creamery would have a connection to cheddar cheese too. It only made sense to purchase some cheddar cheese while we were there and create a pairing with all our Oregon goodies, too.

Continuing along this cheddar path we started thinking about the cheddar cheeses we’ve tried in the past. I’d say that when choosing some of my favorite cheeses, with or without wine, I usually don’t choose cheddar but after some searching, I guess we’ve done a good amount of pairings.

Today’s we will feature some of our previous WineAndCheeseFriday entries involving cheddar cheese.

As I started looking into this, it seems we usually have wine and cheddar pairings with our family. This does make sense because many of my family members don’t really venture into the “funky, soft, or out of the ordinary” cheese realm. 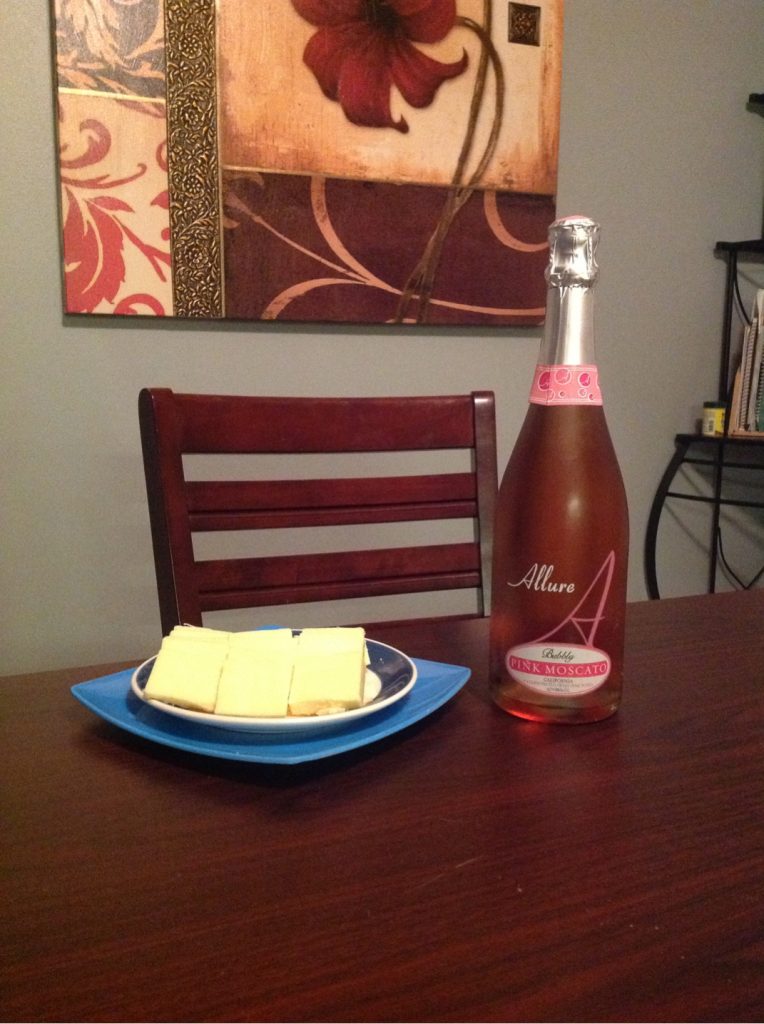 The oldest entry we’ll include today is Sparkling Moscato and Cheddar. Let’s see what everyone thought. My mom said it reminded her of Vermont and my brother said it was smelly. Koren, my brother’s wife, thought the pairing was a “great mix of sweet and tangy” also that the cheese calmed down the fizz of the wine. Seems like it worked out great to have with them! 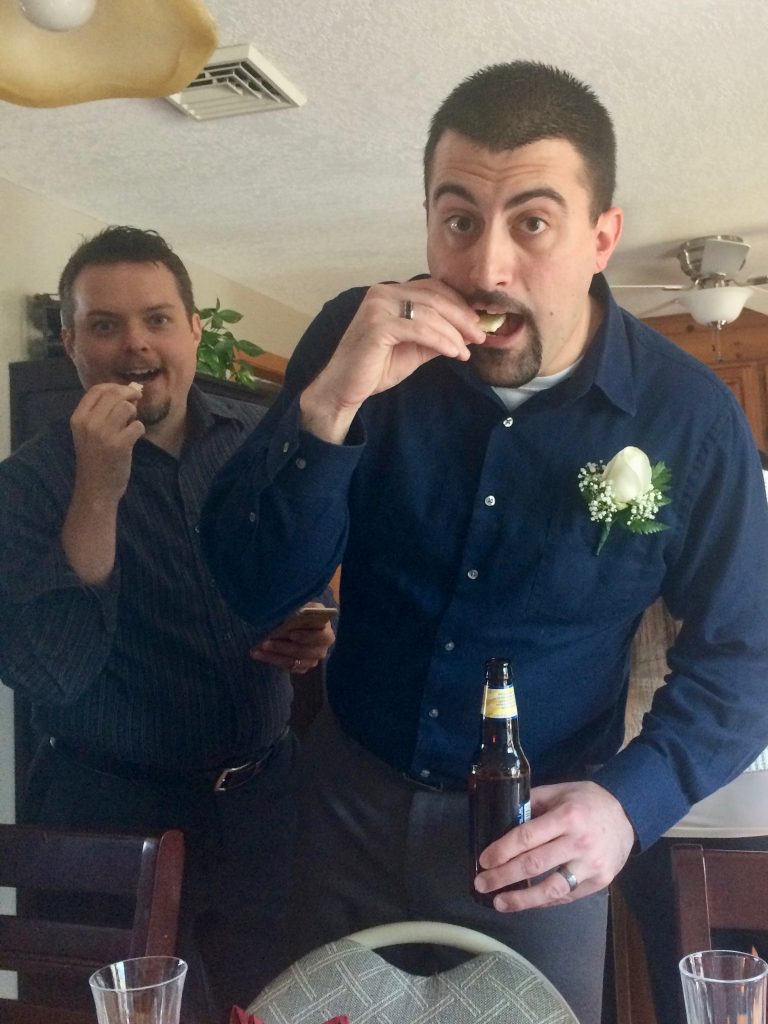 After this pairing, a few years later we brought another cheddar to my family for a big celebration. We chose it because it was safe for pregnant ladies to eat, since it was an aged cheese. We don’t have much for tasting notes that day but I did write down that the cheddar cheese was very crumbly and hard to slice up. Now I know that was a sign that its a good cheddar cheese that fell apart because of the cheese curds involved in the cheesemaking process. 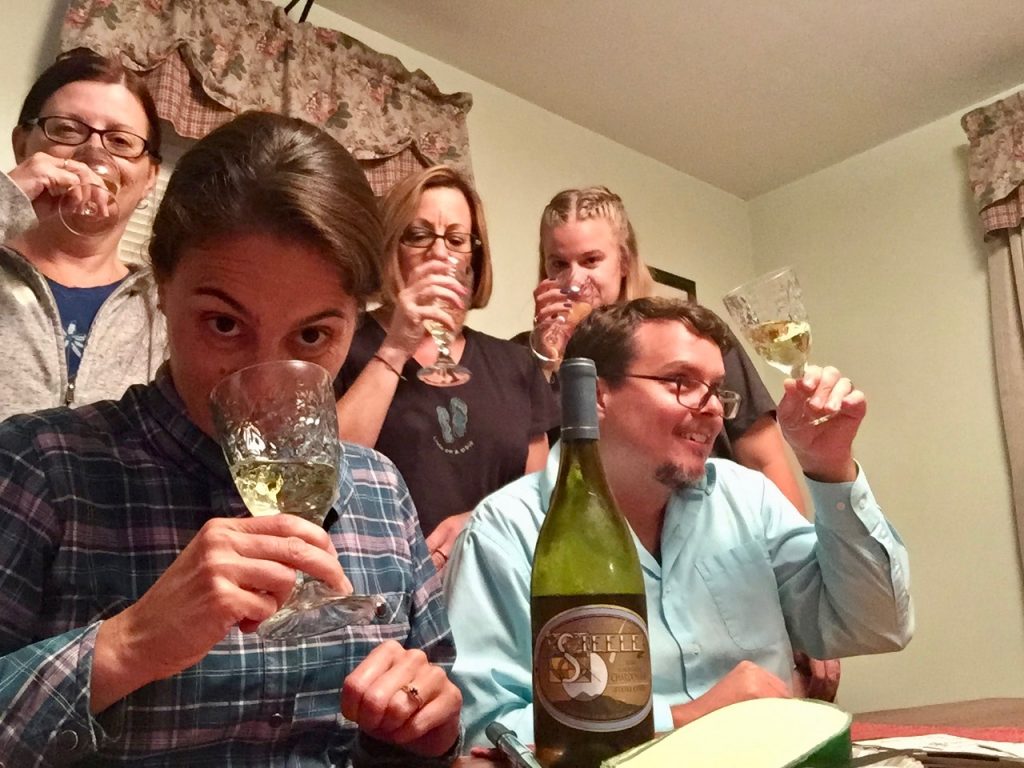 My mom is the person that doesn’t stray far from cheddar in her cheese options. We brought a champagne cheddar out to her cousin’s house for some WineAndCheeseFriday fun. We’ve actually seen this cheese all over the US in our travels so I think of this pairing quite often. I’ll never forget when the cheese flavor reminded me of strawberries, it was so unexpected! My cousin Lindsay and her daughter really enjoyed the cheese but Neil said it wasn’t for him. My mom said it reminded her of parmesan cheese so I’d say that was positive vote from her, although she didn’t like it paired with the wine. And as I read through the entry, it seems I wanted to try the cheese with some sparkling wine, maybe I can do this with my mom this trip?

Not only do we choose to bring cheddar cheese to my family gatherings, we also bring them to Neil’s family! 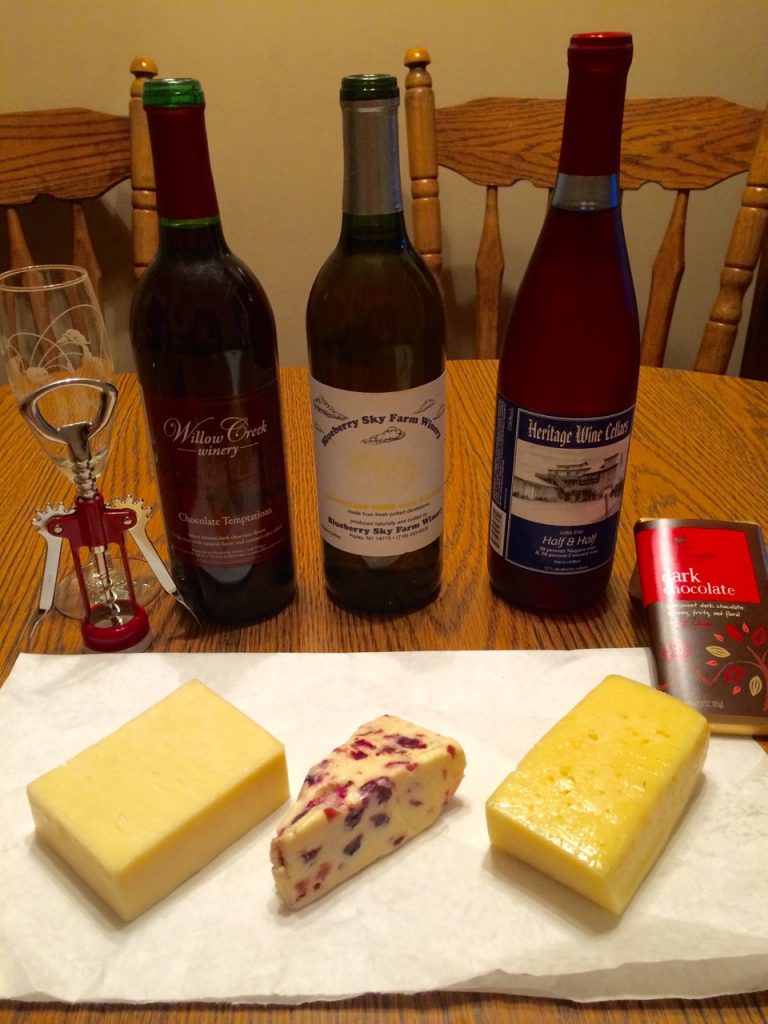 We began tasting wine and cheeses with them a few years back and it’s turned into an annual tradition! During the first event we chose cheddar because it was made locally. Many of us described it as being smooth and I thought it coated my tongue which is always a good set up for pairing with wines. We also discovered how much Uncle Gale enjoys cheddar cheese. He goes in a different direction from my mom though, leaning towards the aged and super sharp version. 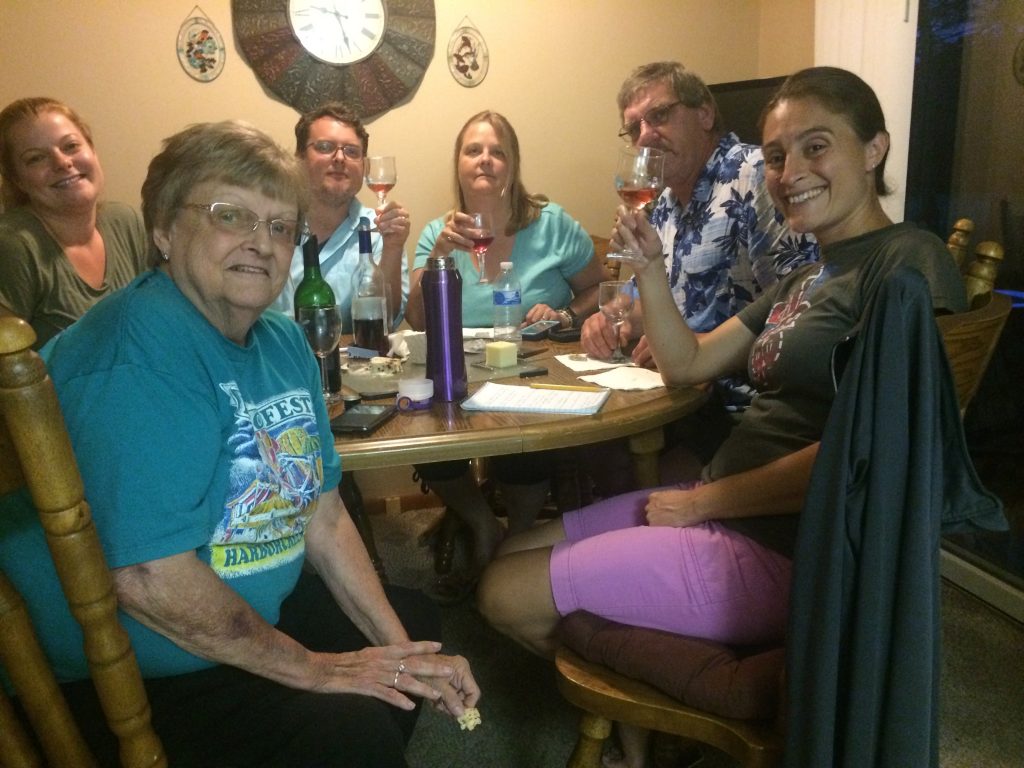 I chose the cheddar cheese as the “safe cheese” during our second pairing with all the Pennsylvania relatives. As much as I like finding those out of the ordinary options, I never know if anyone else will like them. When we tasted the cheese, many of us described it as “sharp” but Uncle Gale thought it could have been sharper! Diane found it to be so sharp that she sprinkled some salt on it to balance the flavor a little better. I bet she doesn’t know that adding salt is a cheesemaker trick too. I was also pretty impressed that most people that night gravitated more towards my “different” cheeses and not the cheddar.

It’s not surprising to me that the cheddar cheeses that Neil and I chose to pair for just the two of us were both aged cheeses. Although we think cheddar cheese is too normal, being aged would have sweetened the pot for us! 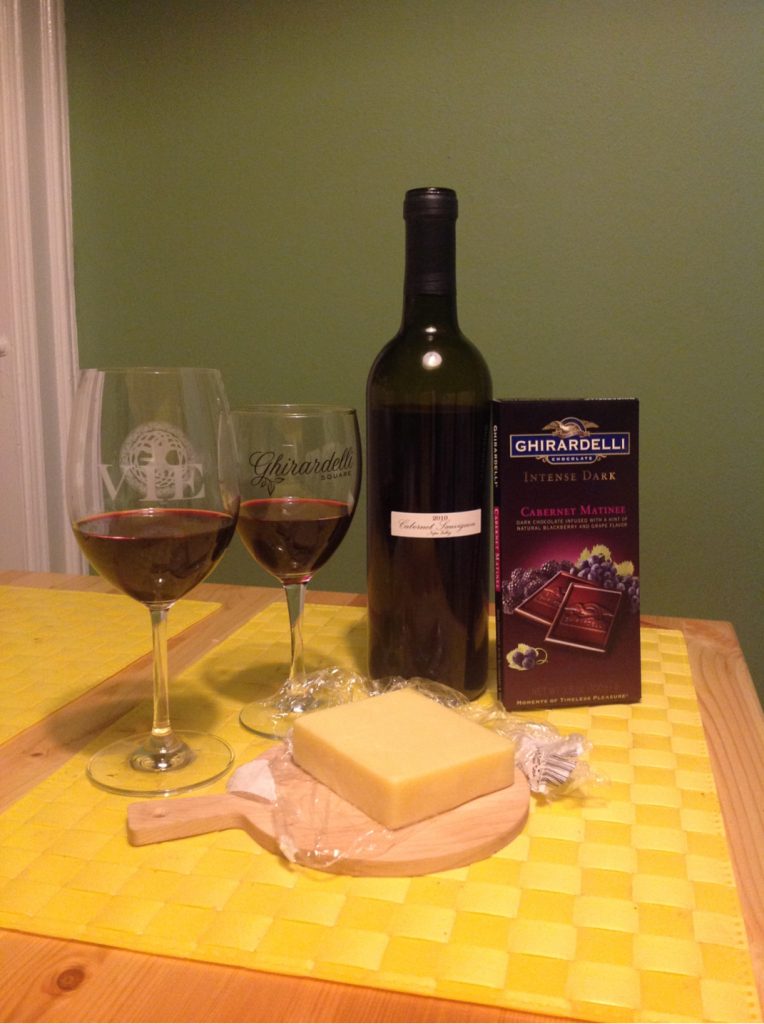 It seems we did this pairing so long ago, we created it because our “wine and cheese pairing list” suggested Cabernet Sauvignon with cheddar cheese. Wow, that was definitely a few years back! We also wrote how much it surprised us that the barnyard flavor lingered for quite a while. I think any cheddar we had tried before that would have been much milder so I’d say it was great introduction to aged cheddars. 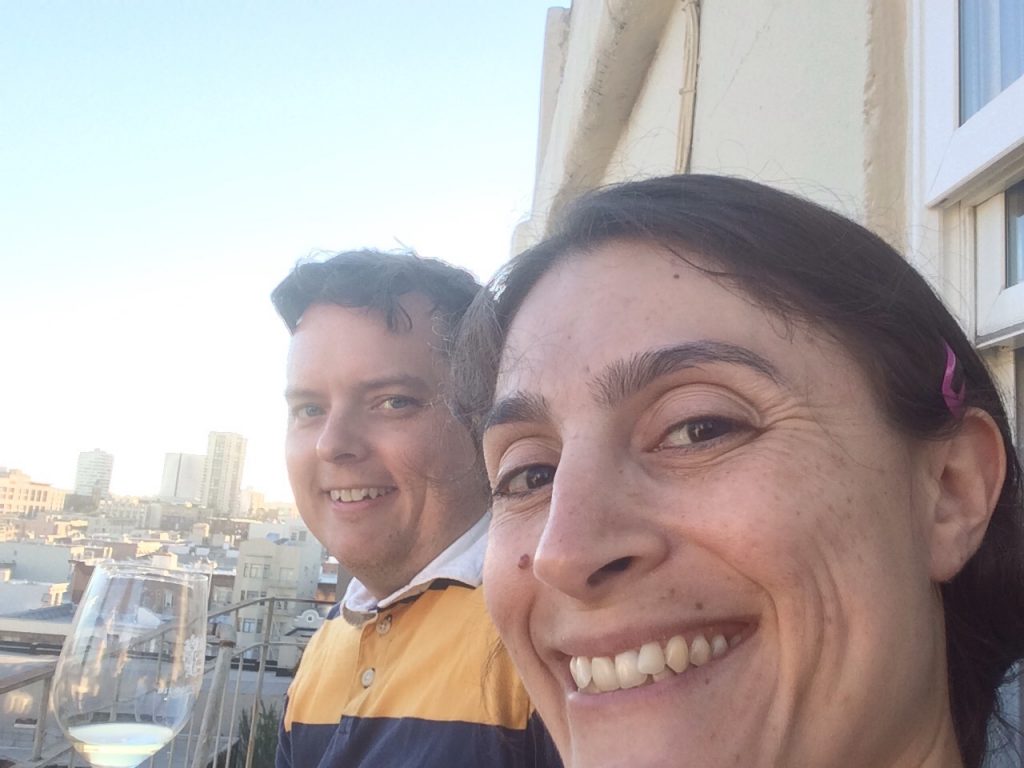 We chose this cheese after trying a sample during our visit to Cowgirl Creamery. Although this cheese isn’t part of their catalog, they sold it in their shop. It seemed like just the cheese to pair with a wine we had waiting at home. Neil was pretty blown away by the flavors during our pairing calling them hay and dry grass. I liked that it was crunchy, salty and a little nutty. All great characteristics of a cheese! From my experience, cheddar increases in sharpness as it ages but doesn’t usually get crunchy. Since this cheese was “bandaged” before aging, it went through a different process. It seems I need to keep my eye out for cheddars aged this way in the future, since I liked it so much! 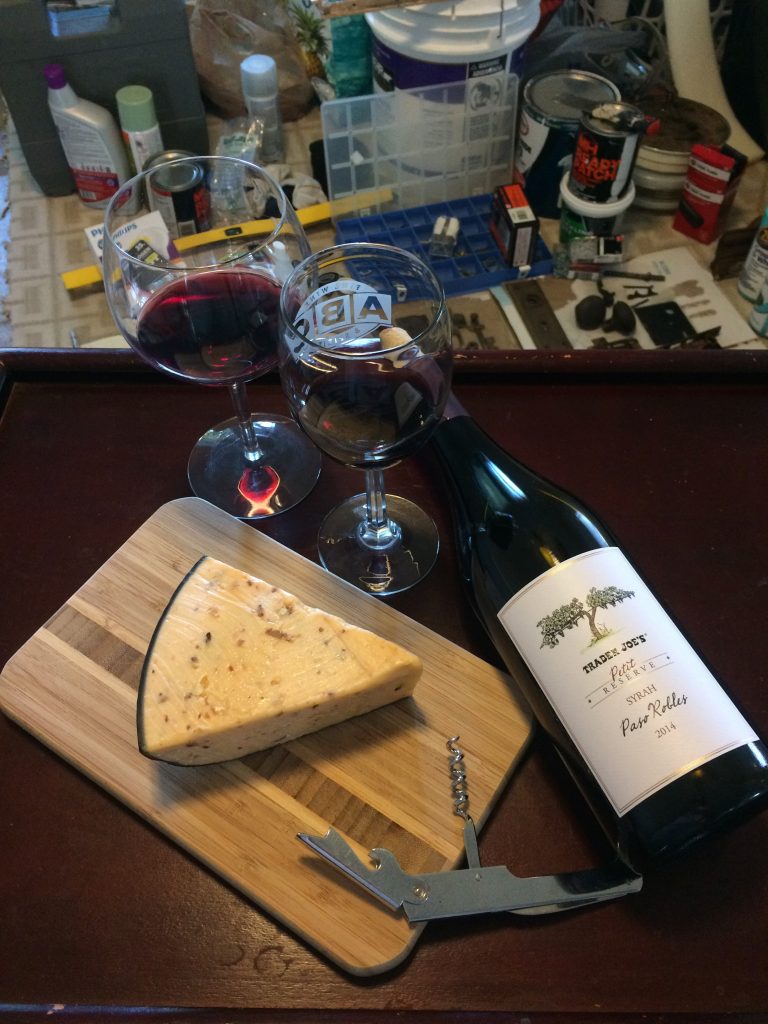 There was one other time Neil and I chose a cheddar cheese for pairing with a wine and it was a bacon cheddar. Some people love bacon and other’s will take it or leave it. We noticed this cheese to smell like cheddar but it also had the flavor of fresh cooked bacon. The combination of flavors actually turned into a loaded baked potato. Yum! During my cheddar making class, I learned that there are many ways to put “extras” in your cheese. They can be added to the curds before being pressed, or sprinkled on the outside before or after aging. This bacon is spread throughout the cheese so it was probably added before the aging process. Either way, how can you go wrong with a bacon cheese?

We hope you enjoyed our trip down memory lane reminiscing about cheddar cheese. I’m pleasantly surprised to find out how many times we’ve paired this cheese with wine. It’s also great to have figured out which type of cheddar cheese I prefer to eat. Cheddar cheese has been a hit with our family members but it’s nice to know that some of them are ready to try more of a variety of cheeses now.

What about you? Do you usually eat one type of cheese or have you tried something new lately? Email us if you’d like any cheese recommendations maria@wineandcheesefriday.com!