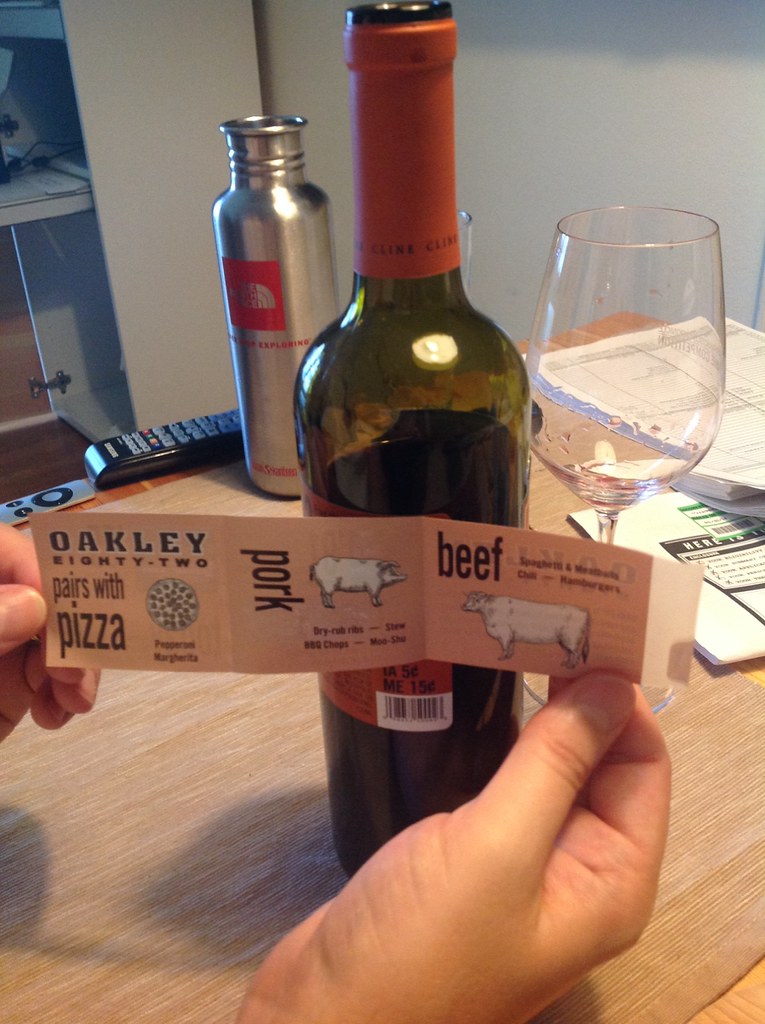 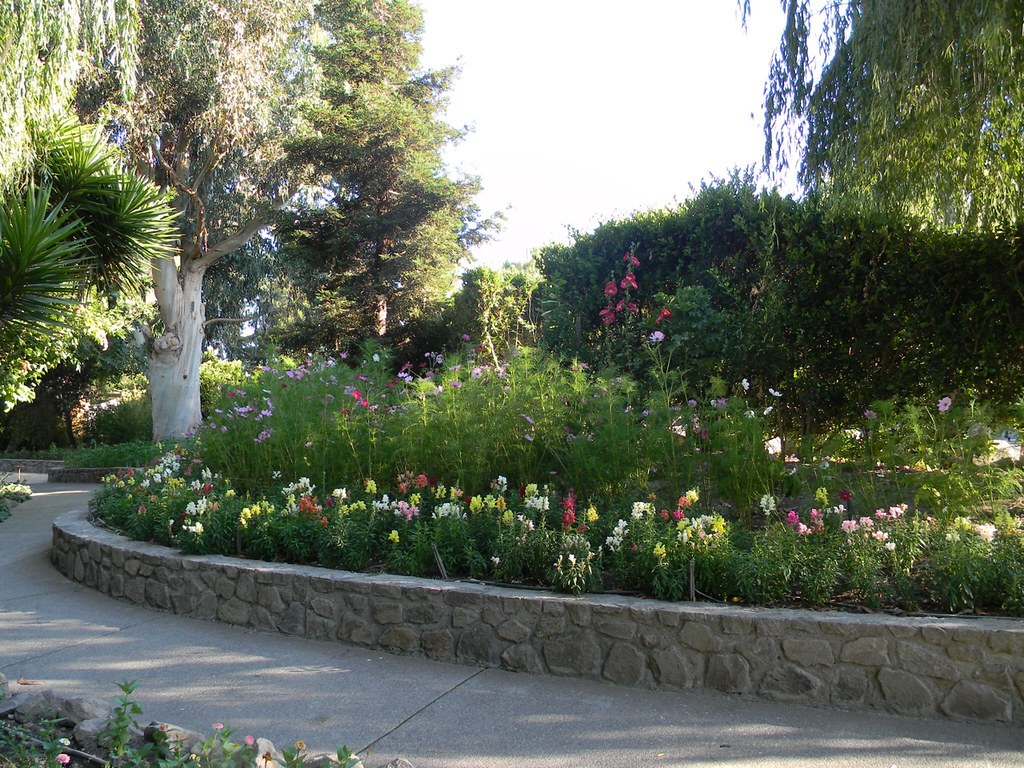 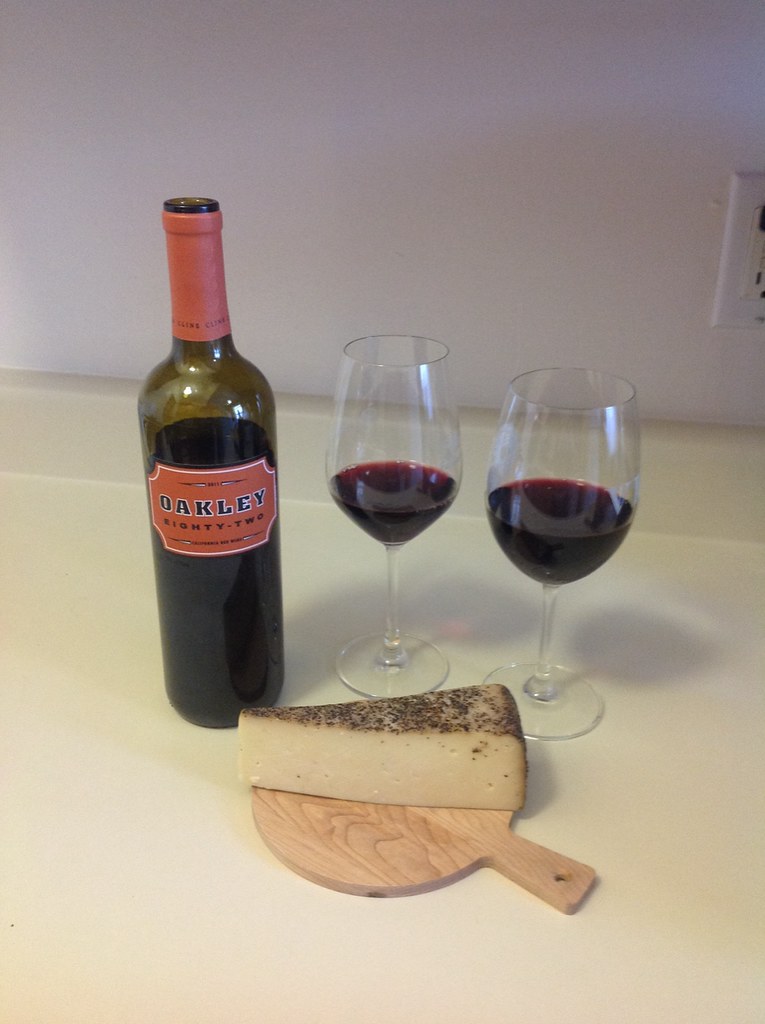 We purchased this wine a couple weeks back at Cline Cellars, http://clinecellars.com. Cline was an impromptu stop after visiting Morton’s Warm Springs, for a day away from our “SF summer” (www.mortonswarmsprings.com) Our friends, Sabrina and Geoff, have visited Cline Cellars a few times and they were excited to share it with us. It didn’t hurt that Cline offers complimentary tastings.

Neil and I each chose our wines from the list of 18. We have listed the wines below.

As you can see from the wines listed, Cline specializes in Rhone style Varietals and Zinfandels. Thanks to Laura for sharing the wines with us! We even took a tour of the property while we were there and the grounds at the winery were beautiful with gardens all over. We’ll definitely take a trip back!

Now onto the Wine and Cheese!

When I tried the 2011 Oakley Eighty-two Red, that day, I made note of the jamminess and black pepper. Seems like it will be an interesting complement to the black pepper cheese. We wondered if the 2 black pepper flavors would cancel each other out or be enhanced?

Since I remembered the black pepper notes, I noticed them right away in the aroma of the wine. So much, that I took a quick smell of the cheese next to me, wondering if it might be the cheese? We both identified a red berry aroma and Neil found his ever-present cassis. The wine was soft and sweet with raspberry, cherry, red berry and spice. I also picked up black pepper in the finish but Neil only tasted pepper if he exhaled through his nose while drinking the wine.

This cheese smelled like the Bella Vitano cheese we had in a previous WineAndCheeseFriday, http://mferraro73.tumblr.com/post/52167594133/rosa-fiorelli-winery-manatee-red-bella-vitano. Neither of us could smell the black pepper even though it coated the rind, but when we cut thin pieces of the cheese we could taste it. Overall the cheese was a little nutty and dry, creamy, and maybe smoky but on the mild side.

During the pairing of wine and cheese, the wine was sweet and then the spice increased on my tongue. After more cheese the pepper became more obvious. Neil noticed that the combination created a tart berry flavor but found the wine was too sweet for the cheese. I did enjoy breathing in pepper aromas but would say it was only ok as a pairing because there wasn’t a noticeable reaction. I guess our black pepper influenced WineAndCheeseFriday didn’t turn out to be what we expected.