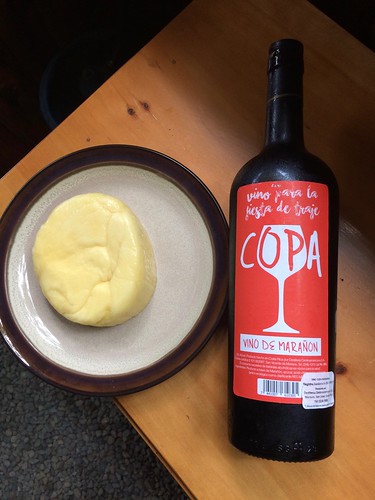 We heard about this wine during one of our previous trips to Costa Rica but couldn’t find it until this year. The wine is made from cashews and we really thought hard about how a wine could be made from nuts. We were telling someone about it and they said “Oh silly, the wine is made from the fruit, not the nut!” Did you know cashew was a fruit?? Just shortly after finding the wine in one of our local licorerias (liquor stores) we came across the fruit in the farmer’s market. We told the farmer that we’d be tasting the wine soon so he gave us one of the fruits to taste too. 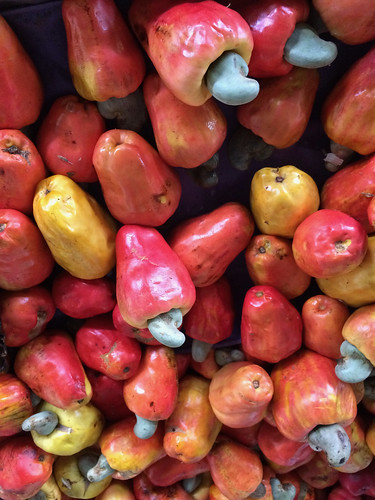 Once we had the fruit, and the wine, we needed to figure out what type of cheese to taste with it. At the same farmer’s market, they sell cheese from one of the local towns (Turrialba). We had tried their mozzarella before and thought it could be a good pairing with the wine, although we really didn’t know much about how the wine would taste. Another friend had told us the fruit was a bit astringent. So we had wine, cheese, the marañón fruit, and some cashews from our local grocery store. We thought it would be fun to invite our Costa Rican caretakers over to enjoy it with us and see what they thought about some of their local flavors. 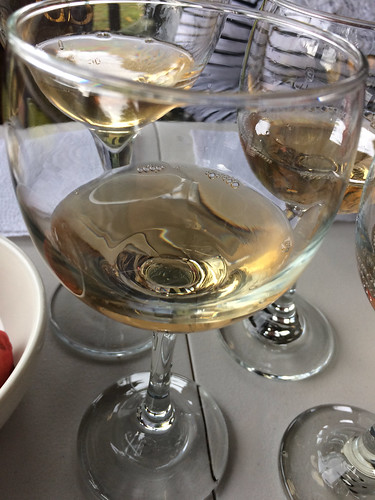 Neither Berny or Nela had tried the marañón wine before but they were up for seeing what it was all about. They only speak Spanish but we were ready to do a wine tasting in Spanish, we knew enough words to make it happen. And we knew that they liked wine because we had all talked about it before. We told them there weren’t any rules for our tasting just to tell me what they like or don’t like about the wine (but Neil knew there were rules and rolled his eyes). Nela said the wine smelled good and tasted sweet. Her husband Berny liked it and said “Es rico!” This was a sweet wine but he doesn’t like dry wines so we found a good match for him. Neil was reminded of orange cream while he sipped the wine. That’s not something I’d ever expect in a wine! It did smell like that though, and sugary but good. It was a little thicker with a sweet finish.

When you look at the fruit, you can see where the seed or nut is, but at this point we were only tasting the fruit part of it. Berny told us it comes in red and yellow versions and later he showed me the bush where they grow in our yard. Neil thought it smelled strong and tasted dry. I could only describe it as “smelling like fruit.” It was chewy and tart and kind of made me think of a gummy bear. Nela thought the fruit burned on the way down so she preferred to have it as a wine. 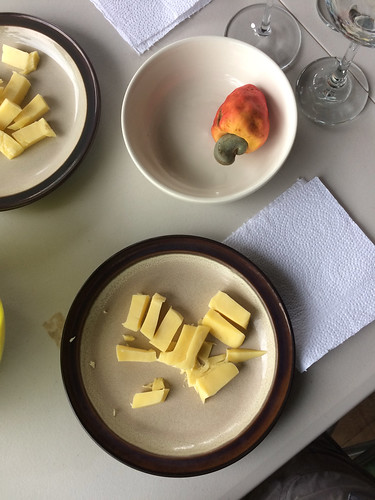 We moved onto the cheese next. As we mentioned, Neil and I tasted this cheese another time during our visit but never wrote any notes. We just knew that it tasted good so we figured we’d officially taste it now. Berny described the flavor of the cheese as “Rico!” For those of you that don’t speak Spanish, that means “rich” and is a compliment. So he liked the wine and the cheese! Nela liked the flavor of the cheese too. I tried pretty hard to describe the aromas and flavors but it’s always a challenge when everyone is shouting out answers. I thought it smelled and tasted like milk, there was a hint of salt, and a good firm texture. Neil paired the wine and cheese and said they tasted good together but there really wasn’t much change in either the cheese or the wine. 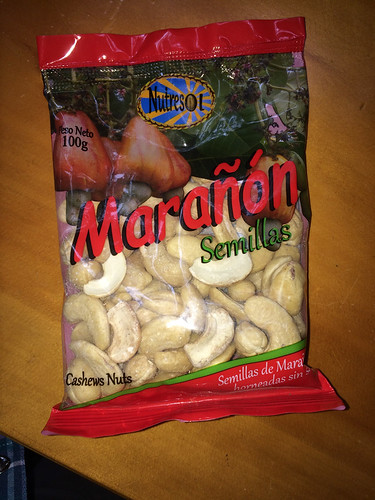 Nela and Berny are both pretty familiar with this combo fruit and nut. Nela’s dad would cook the seeds on the leña (similar to a wood stove) and then crack them open to eat the nut inside. We were definitely not that ambitious this day so we just observed the fresh nut and then ate our grocery store ones. The nut was a bit sweet so I could see how the flavor could have been similar. And as I mentioned, Berny showed me the plant where the fruit grows because coincidentally, it’s the growing season right now. 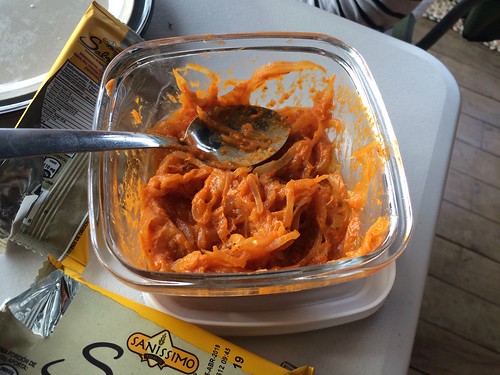 There was still one more treat to enjoy that evening. Nela had brought over an onion salad. I’ve never had anything like this! It was shredded onions in a spicy sauce and she said it’s called a boca, which I think translates to a small snack. Since it was a little spicy, it worked really well with the sweet wine. And Nela said it’s a good pairing with beer too. Neil and I both really liked it and kept spreading it on crackers and bread throughout the night.

It was such a nice time hanging out with Berny and Nela while we tasted wine and cheese. It seemed like a really great match to have with them since Berny prefers sweet wines. It was also really cool to introduce some locals to one of the wines produced in their own country. And let’s not forget that onion salad that Nela brought over. Yum! A great night with new friends! 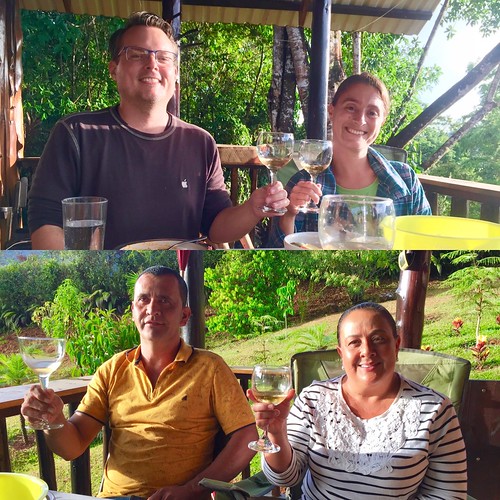