Finally Got Our Hands on a Bottle of Ocio Wine by Cono Sur Winery! 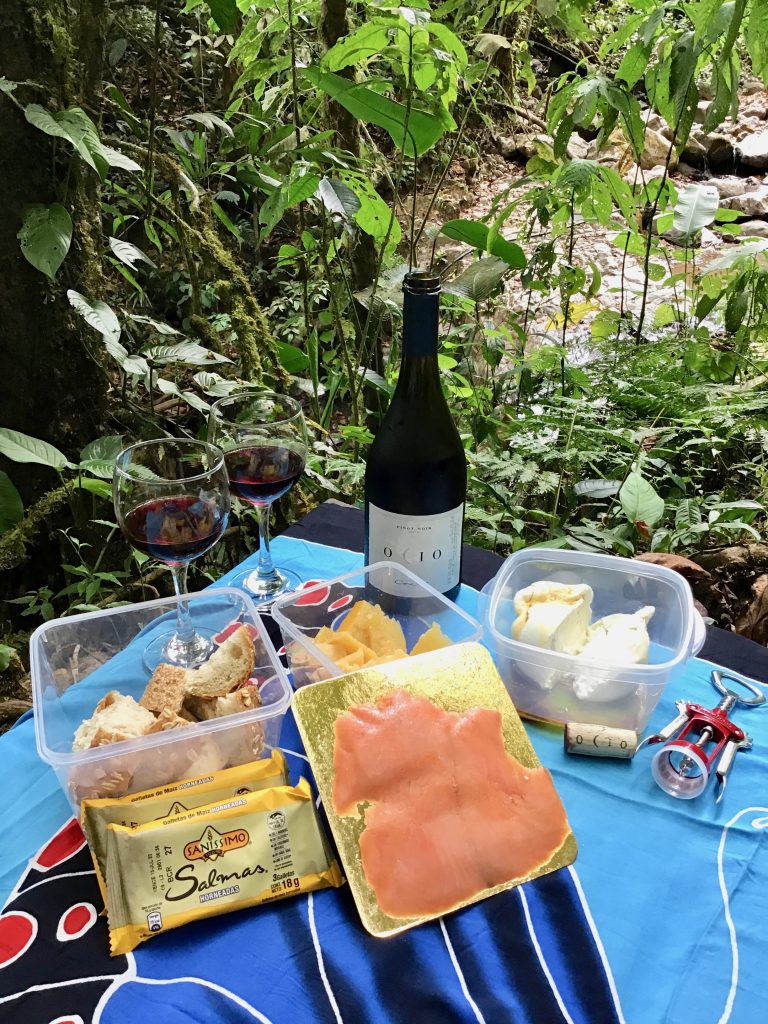 We’ve been drinking Cono Sur wines, since we first found them in Ecuador in 2016. After trying a few bottles then, we became fans. Then I found out about the #conosurwinetalk chat on Twitter, . It was there that I first heard about Ocio. People from around the world would come together for that chat so many of the different labels by the brand would be mentioned. I remember hearing about the upper level wine during one of those first chats and thinking, “Wow, that sounds like some nice Pinot Noir! How can I get my hands on a bottle?”

Time after time, I’d ask about distribution of it and it just never seemed like I was in the right town. (Now those of you that know me, know that we travel all over the world so it was pretty hard to believe that I had never come across it before!) I finally tracked it down last year in Costa Rica. Unfortunately it was in a shop in San Jose, and I’d only be there during Holy Week, when the shop was closed. Shucks, but at least I knew where to find it for our next trip. 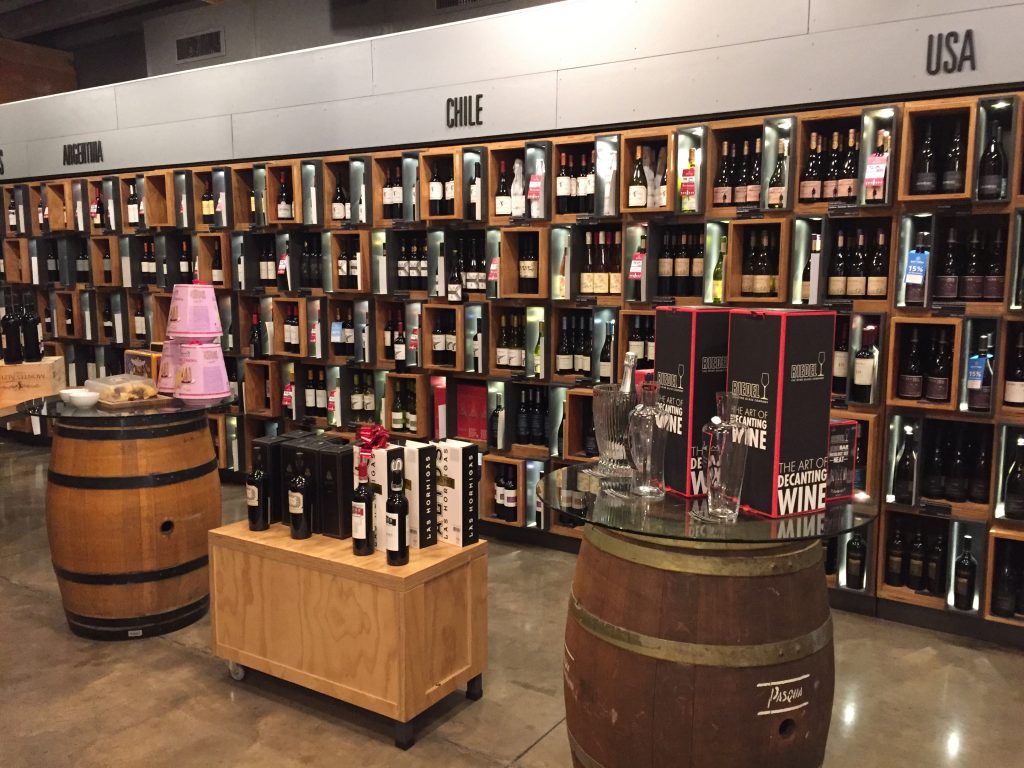 This year when we arrived in Costa Rica, I planned a trip out to Bottega Wine Shop. The shop was in a different part of the city than where we were staying but we found out the store’s hours and hopped in a cab. Once we arrived at the shop, we couldn’t believe how big it was and how much of the Cono Sur catalog that they carried. I spoke with the salesman, in Spanish, and told him how long I’d been waiting to try this specific bottle of wine. I didn’t even know I was capable of gushing in Spanish, but I did. He lead us over to the glass room off to the side with the special wines, and there it was. We’d be enjoying it soon! 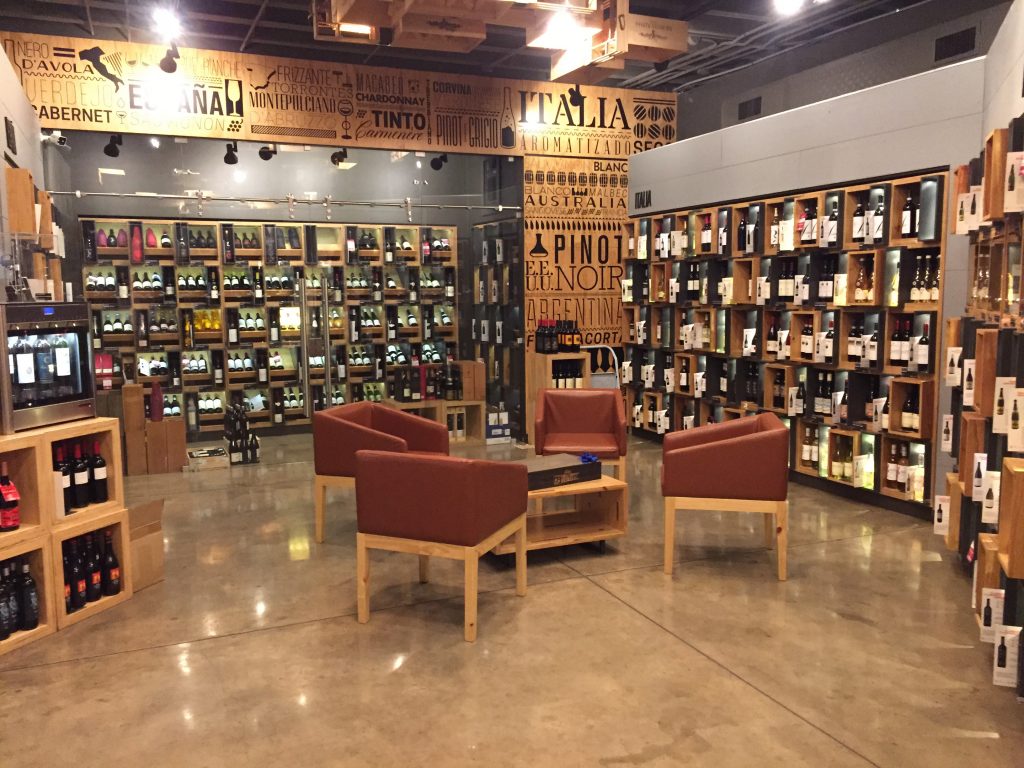 We spent some time looking around the shop and then decided we were ready to cash out. The shop was in an area that had many offices so when we left around 6pm everything was pretty much shut down. This made it a little tricky because we thought we’d grab some dinner and then take a cab back to our hotel. We wandered around the office park area and then remembered the Multiplaza Escazu Mall was sort of closeby. 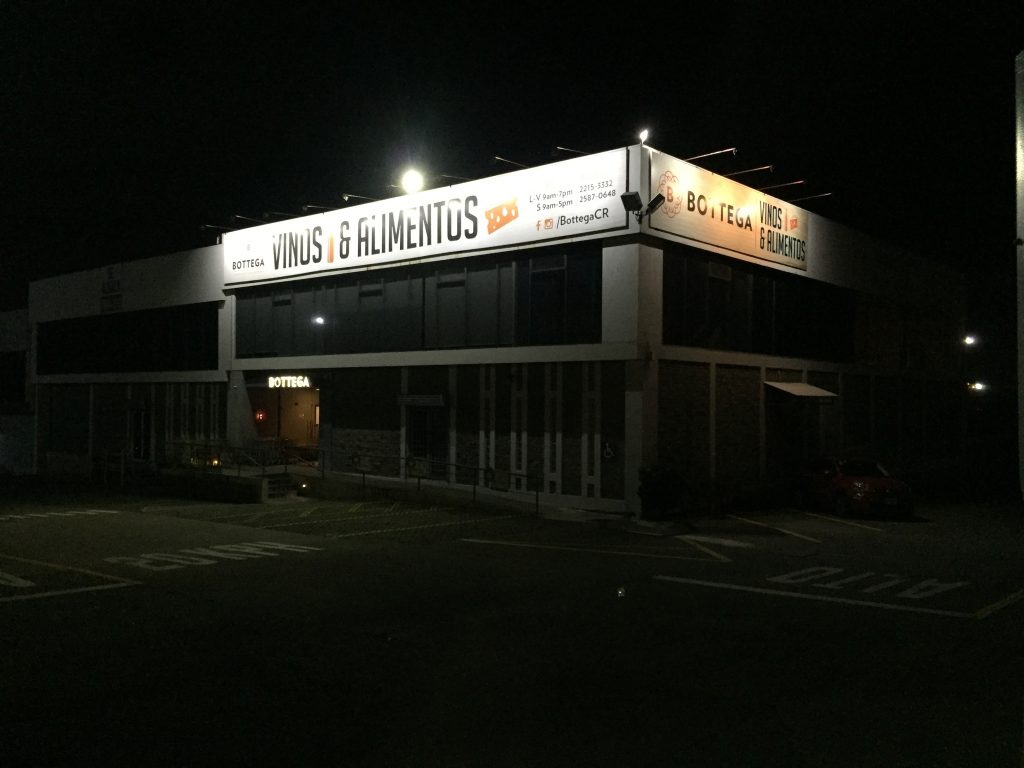 So here we were carrying this $100 bottle of wine, that we finally found, all around San Jose. I remember guarding it like a baby that I was afraid to drop. We actually had to cross a highway at one point and I was so nervous I was going to drop it or something. And then, we arrived at the mall. Apparently it was the only place with restaurants open that evening.

It just felt so surreal, popping into the food court carrying this prized bottle of wine. Luckily there was a restaurant off to the side that wasn’t KFC, Pizza Hut or something of that caliber. I put it on the seat next to me and inhaled my dinner, that was long overdue, after our precarious walk. After getting the wine safely to our hotel, we still had to get it to Perez Zeledon, where we’d be spending the bulk of our trip. So then again, we packed it up for the 3 hour bus ride, praying that nothing happened to it.

Now you might be thinking, why didn’t we just drink it after purchasing it but the situation had to be perfect to open this bottle. I wasn’t going to rush through it, after all this time. So we arrived at our cabin and I tucked it into a dark corner in the kitchen pondering when a good time would be for this sought after wine. We chose to have it for our 20th Anniversary that was a little over a month away. Boy do I hope it’s ok in that corner!

So the week was finally here that we’d be ready to open the wine. We purchased some nice cheeses, some salmon, and a fresh baked loaf of bread. Now I just had to figure out the best conditions to fully enjoy the wine. I sent a note out to my twitter friends for advice. I wanted to bring this bottle on another adventure and have a picnic in the woods with all our goodies. What I learned was that we should drink this wine at 60 degrees F for the best experience. I put the bottle in the fridge to get it chilled and ready. The other suggestion was to have an ice pack with us as we made our way to the park, so the bottle stayed close to the proper temperature. 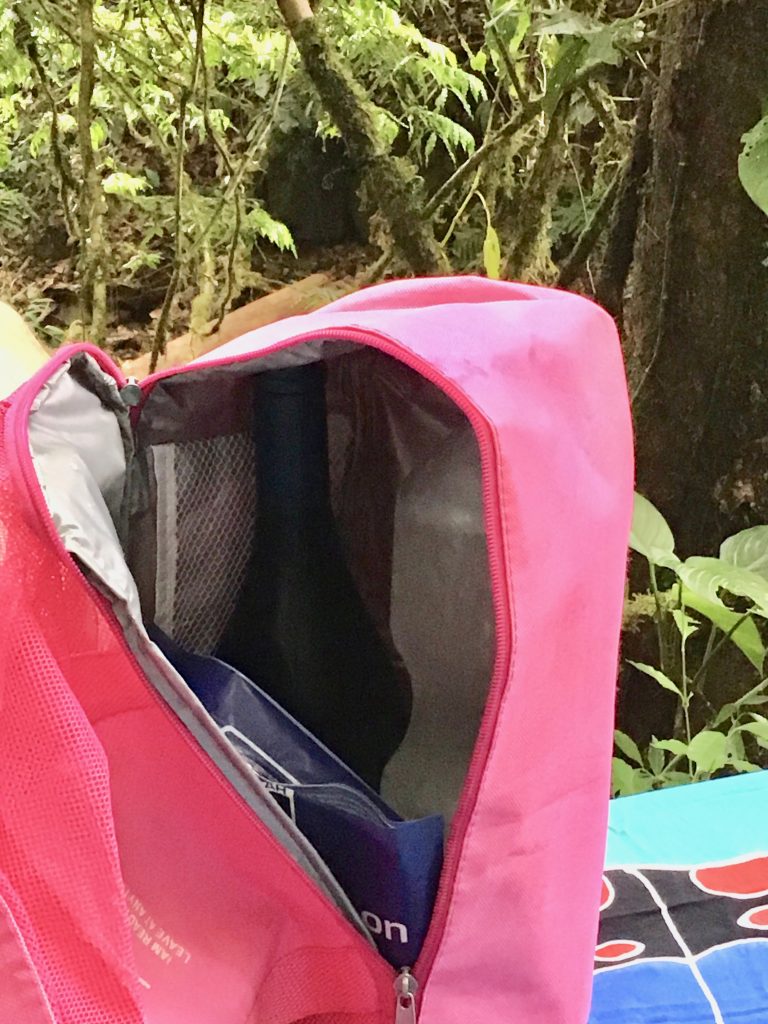 It’s so funny how we have to be so creative to make things happen. We did have a big beach bag that was somewhat insulated so we froze a bottle of water from our recycle bin to create a giant ice pack and loaded it all into Neil’s backpack. He deserves a pat on the back for trekking all that stuff on foot to the park! 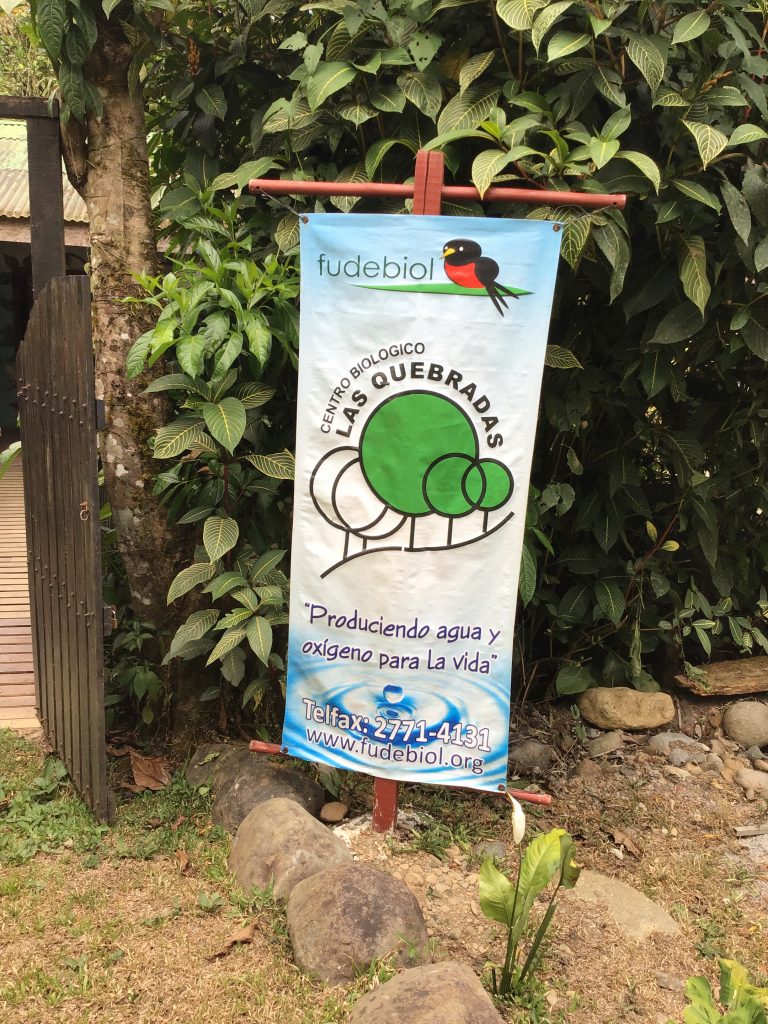 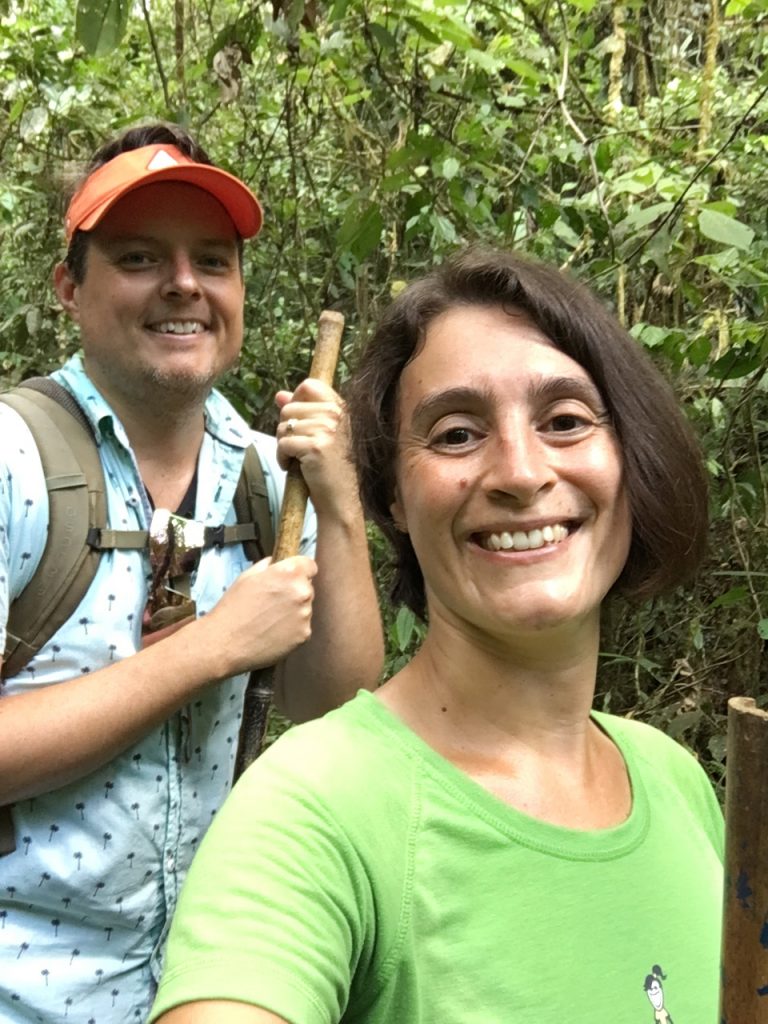 We knew just the spot to have our picnic. It’s an area with platforms right next to the river. Talk about the perfect way to celebrate our anniversary! When we unloaded all of it, the label had gotten a little damp from the ice pack and temperature change but it still felt cool to the touch. We did it! I was seriously nervous as we swirled this wine to have the first sip. 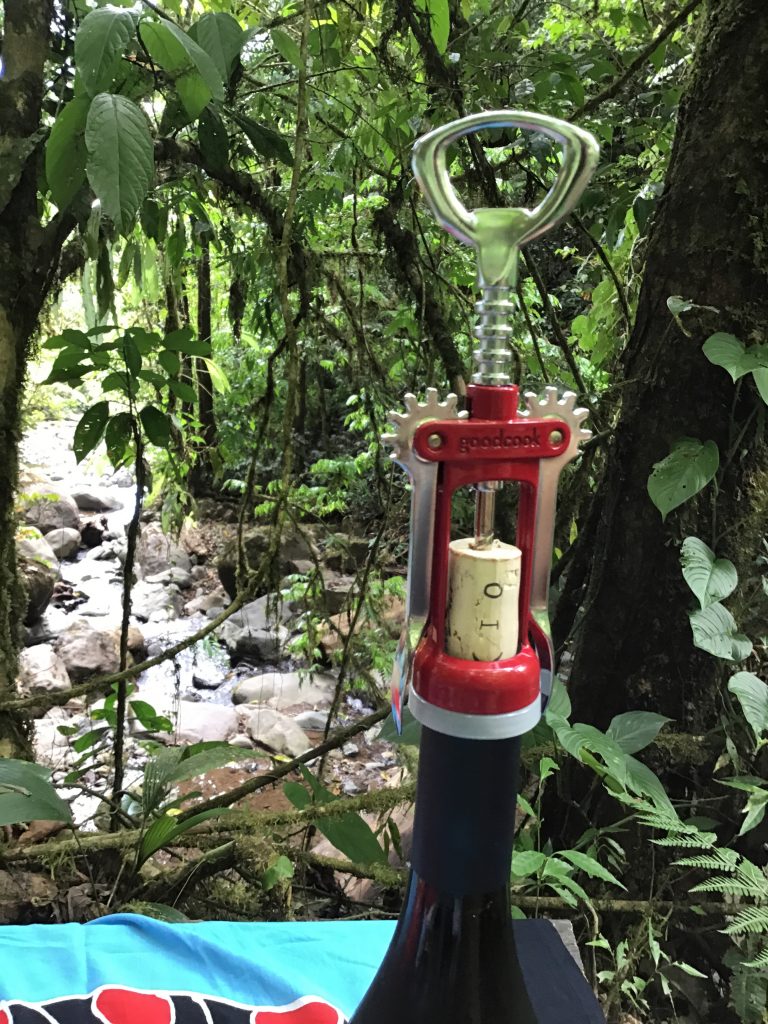 Neil said “Oh Lordy” as he swirled it, he was excited to get into that wine! He identified bright cherry with a hint of pepper aromas. I picked up oak, smoke, vanilla, cedar, and nutmeg leaping from my glass. Then it came time to take a sip. Neil noticed lots of bright cherry with a hint of sour cherry and maybe some watermelon. There was also a light tart flavor that he later figured out was cranberry. I found flavors of earth, a light dry texture that I could feel lingering and some forest floor. I thought the last one was kind of funny since I was in the woods but I do feel it was coming from the wine. We continued sipping and as the wine warmed up it seemed richer and thicker to me. Neil said that he could taste cedar and nutmeg as the temperature changed. 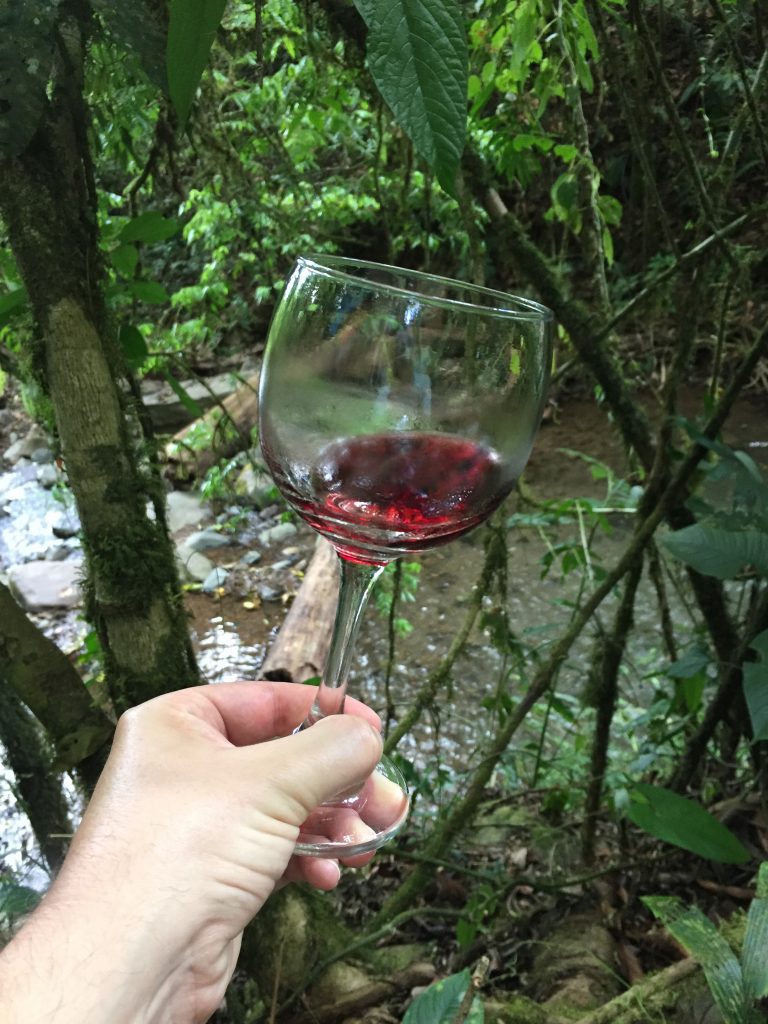 After all that thinking about wine, it was time to try the cheeses we brought. The first was a burrata made here in Costa Rica. I believe this brand is new this year because this is the first time we’ve come across it. We brought some olive oil and vinegar premixed to drizzle over the cheese. It tasted really good, light and creamy. Of course, I tried the Ocio with the burrata, but they didn’t seem to pair well together and I was a bit surprised. 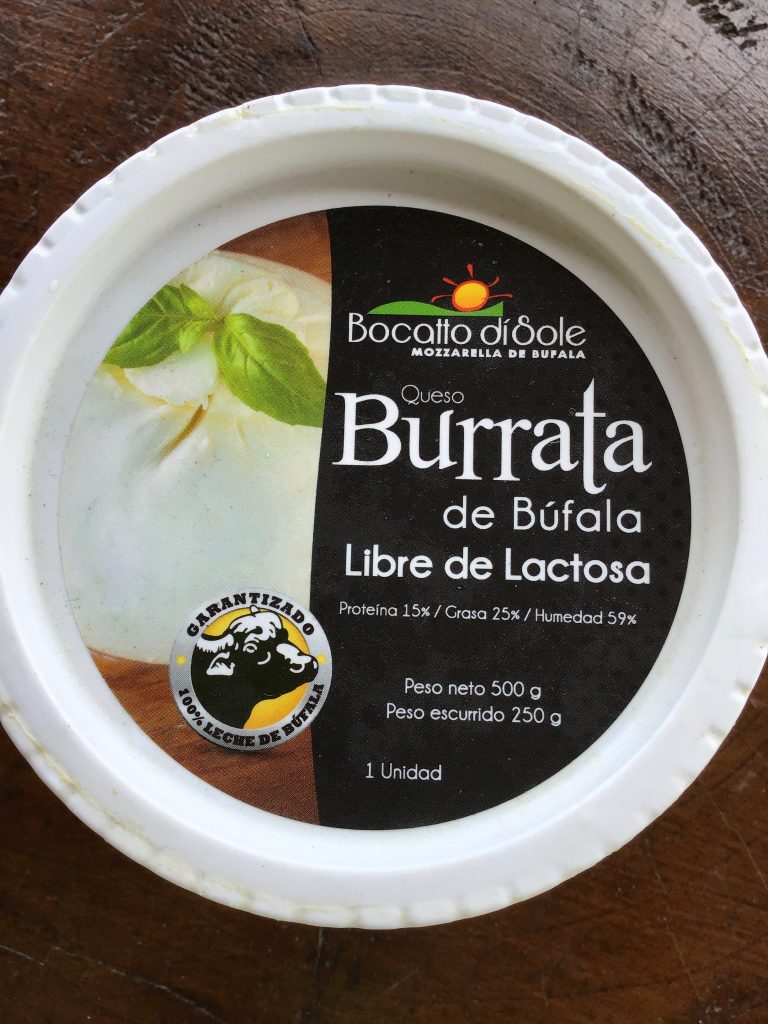 The other cheese we had that day was an aged gouda. We couldn’t believe it when we found this cheese from Holland. It had been aged for over a year. We knew we’d like this one! The cheese was milky, rich, buttery, dry and chalky; all characteristics of a nicely aged cheese. It was so good, there was even a bit of caramel sweetness. Neil plainly stated, “This is stupid good!” When I paired this tasty cheese with our pinot noir, this pairing didn’t work either. It was like the gouda stole the flavor of the wine, except for a hint of spice that remained. 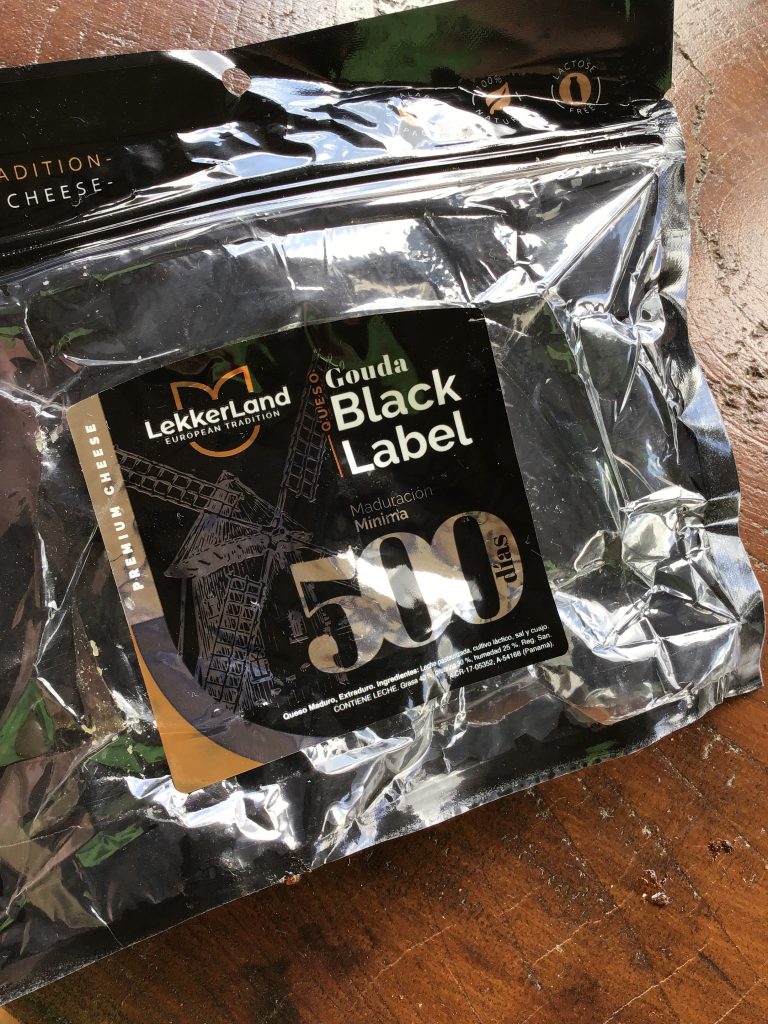 It is worth mentioning that I didn’t choose these cheeses because I thought they’d be wonderful with a pinot noir. We chose them because they are both cheeses that we love and we had this special wine for a special day. We were trying to gather up some of our favorite things. We’d still hope though that they all played nicely together though. 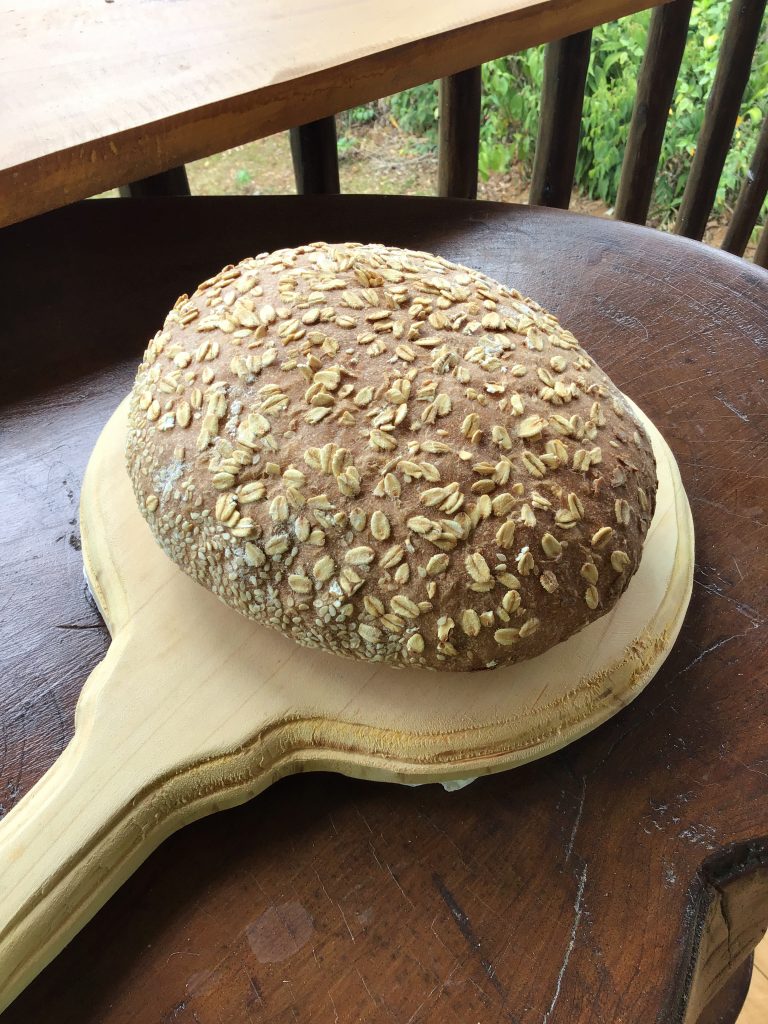 There were two other treats that we brought on our picnic, fresh baked bread and smoked salmon. The bread is from a new bakery here in town, Horno Casero, and it would be our first time trying them out. We purchased the bread the day before and cut it up a couple hours before our tasting. We couldn’t believe how moist it still was for being cut and waiting to eat it. Also the bread was delicious with the wine! Yay, there’s a good pairing!

The smoked salmon came from our local grocery store and we’ve tried it before. When we layered up the salmon, burrata and bread, it was great! We both had a few of these before we realized the bread and burrata were almost gone. The salmon, bread and gouda was another nice pairing. 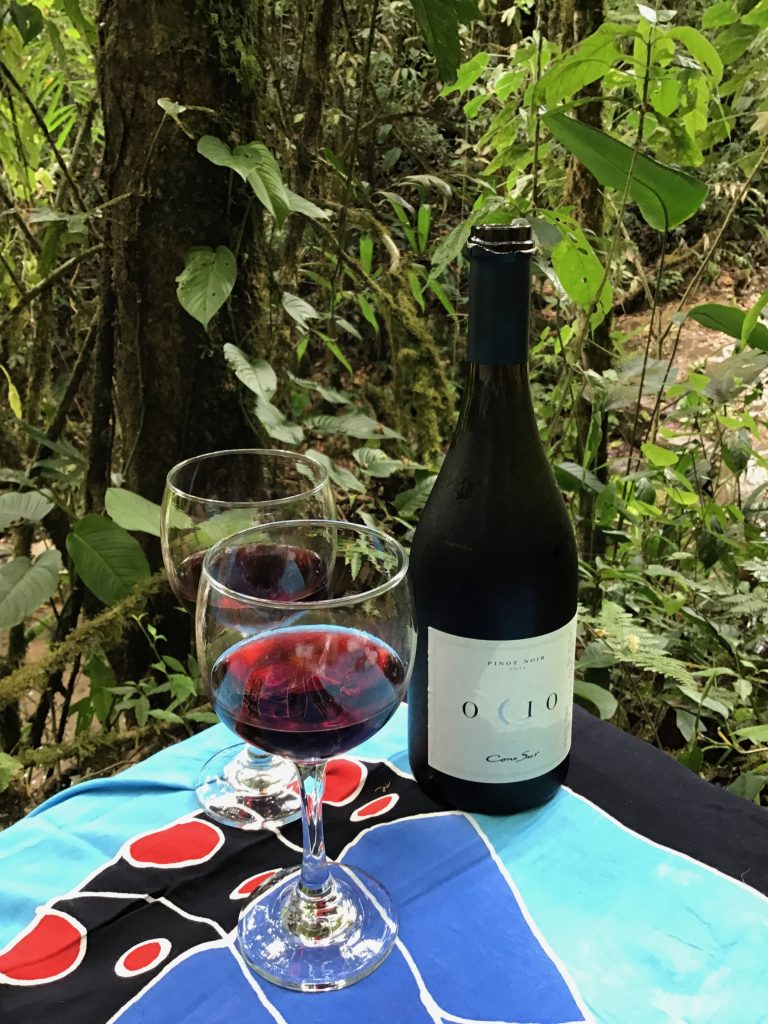 I’d say we picked the perfect scenario to try out this wine! We were in the woods, with wine, cheeses, and a beautiful view of the river. The wine was so delicious, we just sat there quietly sipping it. And we even managed to save some to try again another day. You all know how much I like to savor the flavor of wines! I think this wine, more than others, was so special that I couldn’t imagine drinking it all in one sitting. And afterall, who knows when I’ll get my hands on another bottle? 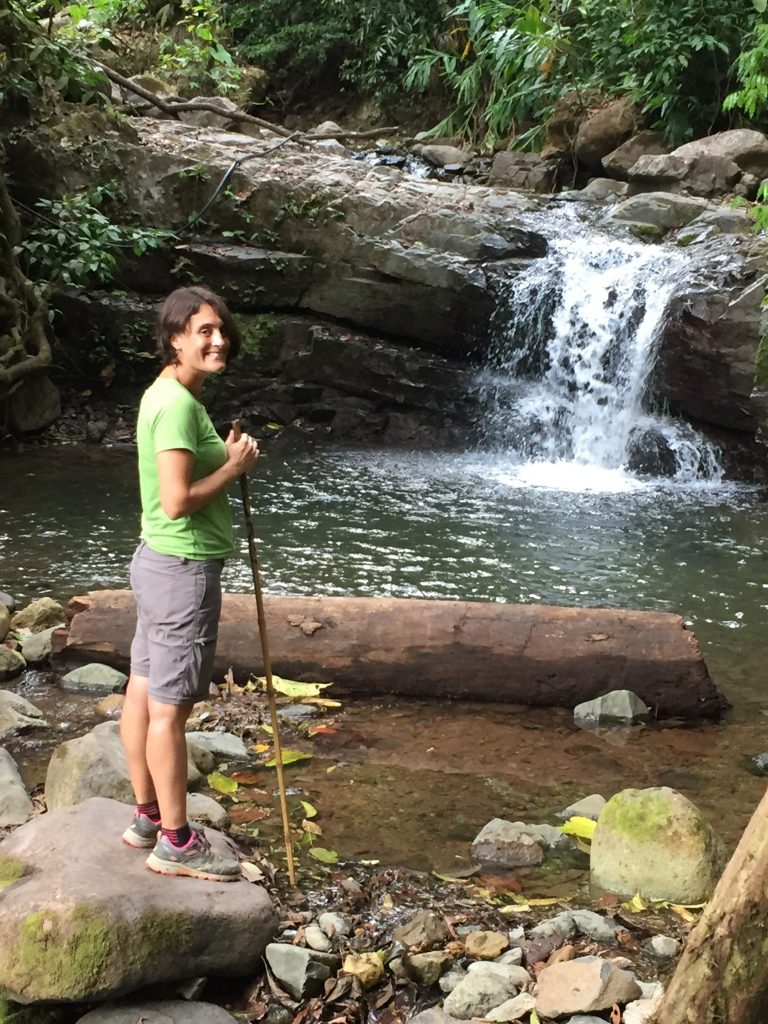 Funny enough, while I was writing the entry this week, I learned a new term, “the unicorn wine.” Have you heard this term? Well come to find out it’s Ocio for me. Some describe it as a bottle of wine that seems out of reach because it’s rare or may be expensive, and you save it for a special day because you need to fully enjoy it. So not only did I finally taste the Ocio wine, I found out it’s my “unicorn wine.”

What a terrific experience! I can’t wait to share it on the next #conosurwinetalk! 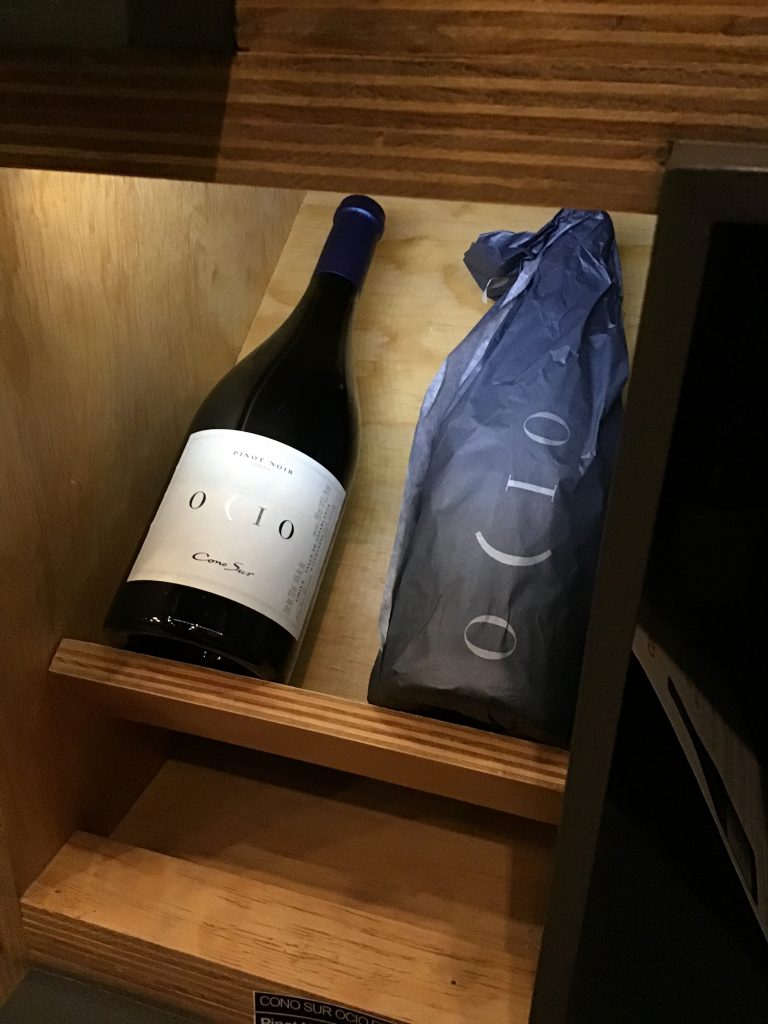 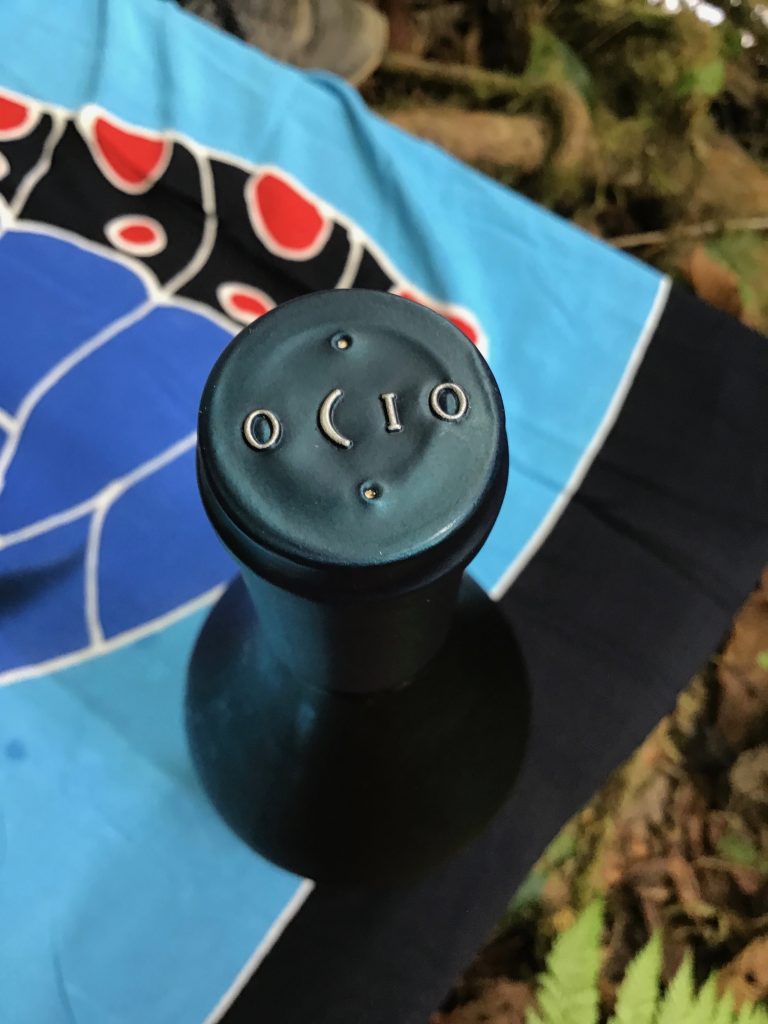 4 Replies to “Finally Got Our Hands on a Bottle of Ocio Wine by Cono Sur Winery!”