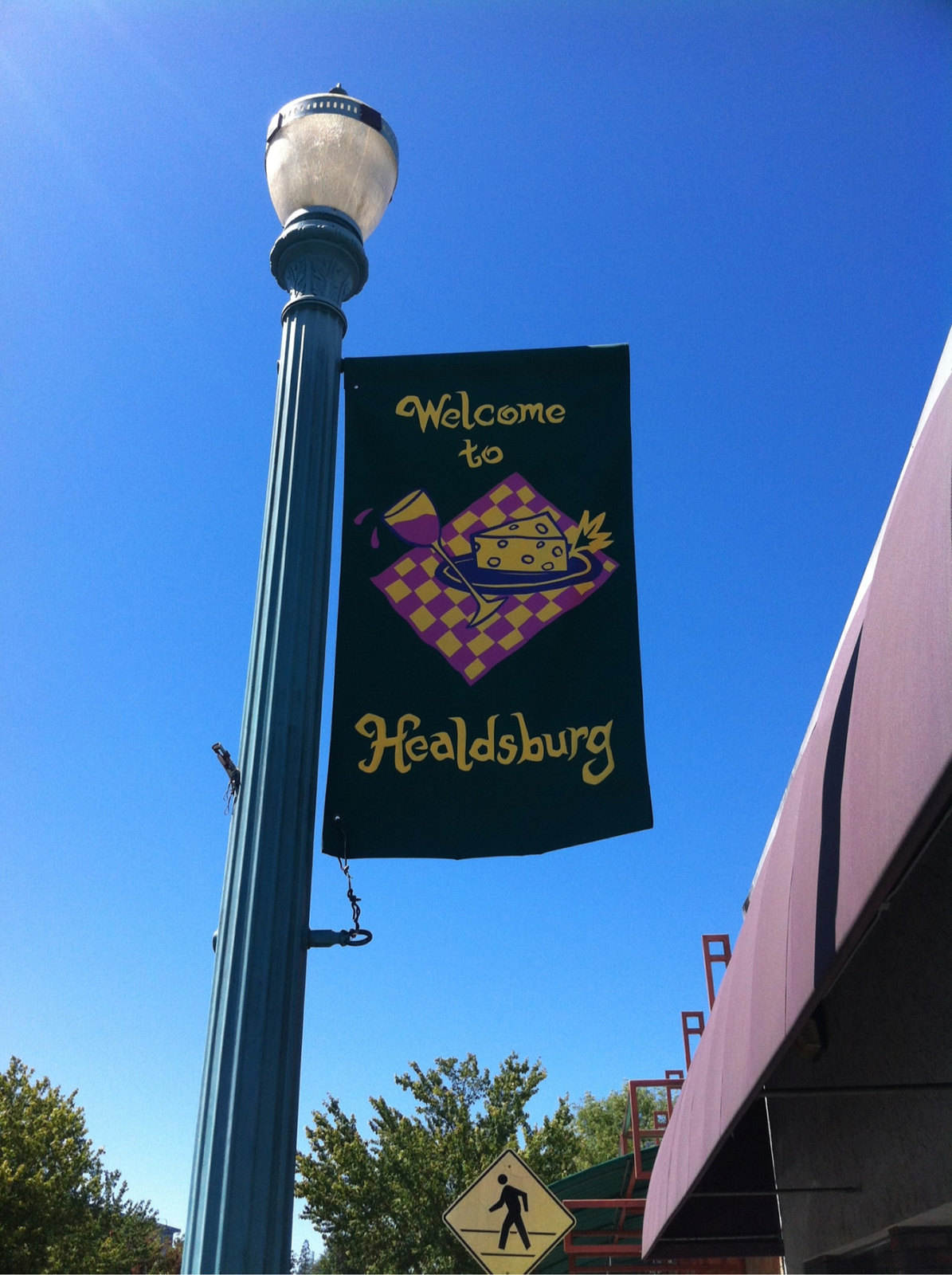 It’s your lucky day, a bonus post from Maria & Neil.

We spent Sunday in Healdsburg, part of Sonoma County. This was our first trip up to “wine country” since moving to CA, I know, shame on us for waiting so long. We purchased the Sonoma Passport (http://sonomapassport.com/) and were ready to try it out!

There are around 30 places that honor this pass, with discounts ranging from 2 free tastings, to barrel samples, food and wine pairings and a percentage off wine purchases. We mapped them all out and discovered that quite a few places were practically at the same address.

Our first stop was the J.Keverson tasting room. Upon arrival we found out the Harts Desire tasting room was there too. With 8 wines on the list, we began. Shea, the daughter of the Harts Desire winemaker, lead us through the tasting. We tasted 4 white wines, deeply thinking and trying to identify the fruit flavors. I had never tried an Arneis wine before so that was exciting. We were also able to try an old vine Sauvignon Blanc, which I had never heard of.

Then it was onto the four reds, including a lighter tannin Zinfandel. We decided it would be nice to have with dinner, so we purchased a bottle and were on our way. The whole experience was so comfortable and inviting that we will definitely go back!

We made a stop at The Wurst for lunch so we could continue wine tasting. After lunch we looked for a local cheese shop but unfortunately when we found it, they were closed on Sundays. Oh well, we’ll have to go back. Then ironically we drove back to the same parking lot for some more tastings. That one location had 5-6 tasting rooms there.

We entered the Hudson Street Wineries to discover 5 wineries represented there; Bluenose, Shippey Vineyards, Kelley & Young, Bertapelle and Willowbrook. This wine tasting list had 16 wines on it, thank goodness we stopped for lunch!

The tastings were led by Roger, who helped us decide to do side by side tastings so we would not each drink 16 samples. We appreciated this suggestion, after all, we had to drive an hour and a half back home. Another cool thing about the tasting was the geography lesson about Sonoma County. This way we could understand where Dry Creek Valley, Russian River Valley, and Alexander Valley were located.

The first part of the tasting included whites and roses. My favorite was the petit Syrah based 2011 Black Rose wine from Shippey Vineyard, that tasted like cranberries. Neil preferred the 2010 Chardonnay from Bluenose, which he described as clean and neat.

There were many reds to try, as you can imagine! Each varietal had multiple wines to try, so the side by side tasting was a fun way to try them. The varietals that made the biggest impression on both of us were the Pinot Noirs and Zinfandels. Willowbrook and Bertapelle both produced Pinot Noirs and we really liked them all. The Willowbrook 2009 Pinot Noir from Marin County was complex and balanced, so we figured we should get one.

Then onto the Zinfandels, with Kelley & Young, Bertapelle Cellars, and Shippey Vineyard, all to choose from. The first two that I tried were very pleasant but then we crossed the line to where the wines became too strong for me. We tried a Cabernet Sauvignon, Syrah and 2 Petite Syrahs following the Zinfandels but they were all too tannic for me. Neil’s palate is more forgiving to the stronger flavors.

We learned a bunch and apparently really analyzed each wine because without realizing it, we spent 2 hours there. It was time for the tasting room to close so we hit the road. Due to our adventurous spirit we followed one of the roads in an unknown direction and stumbled onto an area filled with vineyards.

With all the flavors still present on our palates, and the afternoon sunlight on the vines, we were content and satisfied. We vowed to go back to Sonoma again soon!