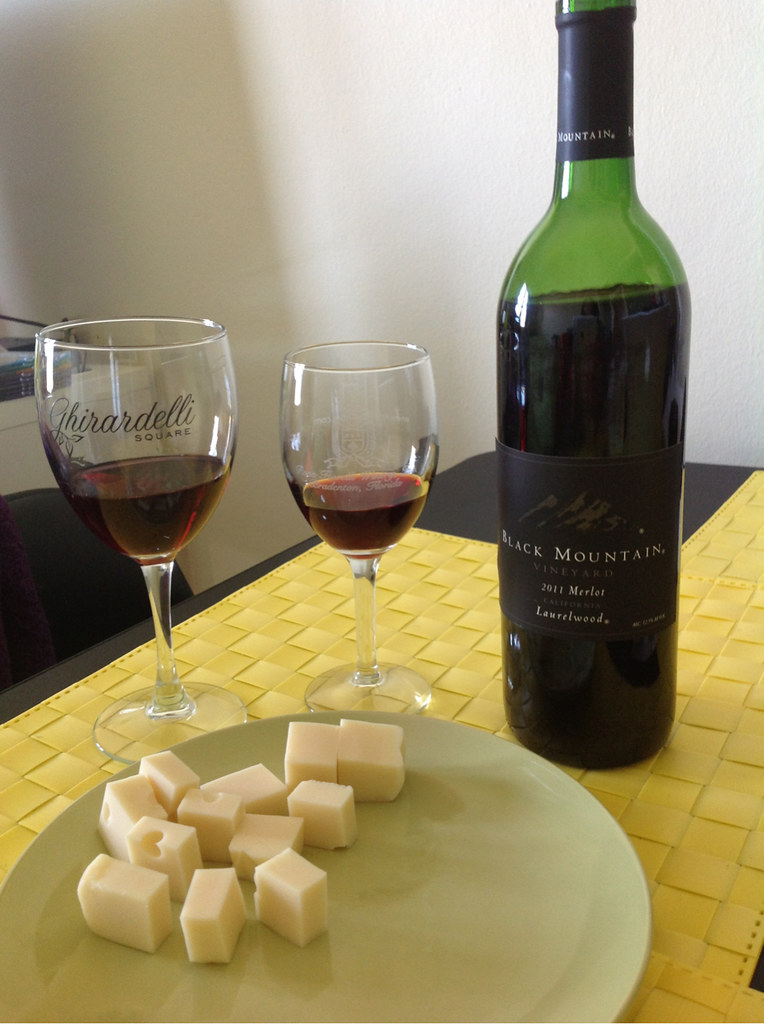 This week we are trying out our new wine and cheese list from BevMo (www.bevmo.com). It should be interesting since Merlot and Swiss cheese are both very common to most people.

During our initial sips of the Merlot, Neil felt it smelled good and Maria found the scent hard to distinguish. Neil tasted a light pepper or spice with black cherries and plum. Maria thought it tasted sweet, mild and tart all at the same time, but then identified the cherry flavor.

The Swiss cheese kind of threw both of us off. Maria found it to be light and mild and Neil noted that the aftertaste was more what he’d expect for Swiss.

After we ate the cheese, the wine didn’t change much. Maria said the wine seems sweet, which is strange for Merlot. The wine aftertaste is more what she expected the flavor to be than the actual flavor of wine. She did observe the wine to be a little less sweet after cheese. Neil thought the cheese could have been stronger to go with this wine but it is a good combo.

Overall Neil said the wine was okay because it tastes like a weak Merlot but does have a lasting flavor. Maria likes the flavor more than past Merlots, and could drink it without food.