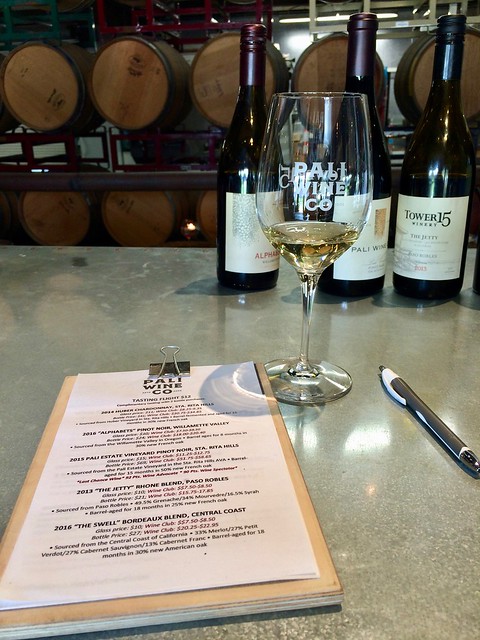 We began our Sideways Wine Tour in the Wine Ghetto, Lompoc, CA. First stop was Pali Wine Co., thanks to a recommendation from our AirBnB host, Edward. He was previously part of the wine industry and happily suggested Pali wines. I’ve heard of the Wine Ghetto but was open to places we should taste in the area. He told us about it since we wanted to try some local Pinot.

We were greeted by Cindy when we arrived and had the whole tasting room to ourselves. The flights cost $12 per person but there are 2 for 1 coupons that you can find at some of the local wineries. Cindy let us know that Pali stands for the California Palisades and that although their winery is located in Lompoc, CA, they have a handful of tasting rooms all over California. Their wines are grown locally in the Santa Rita Hills AVA but they do have a few wines from outside the area too. In addition to the Pali brand, they also produce Tower 15. We happily grabbed a barstool and began our tasting. 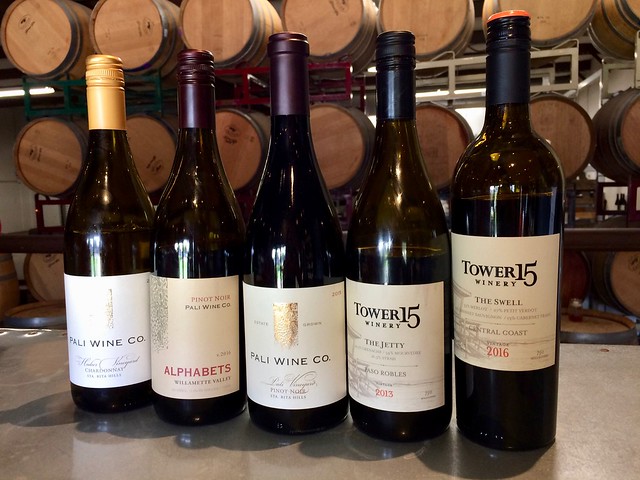 Our first wine of the tasting was a Chardonnay from the Santa Rita Hills, called Huber. There were funky, oak and honey aromas. We both agreed that this wine was on the lighter side. Neil described it as very well-balanced and very good. I thought it was a little on the tart side. 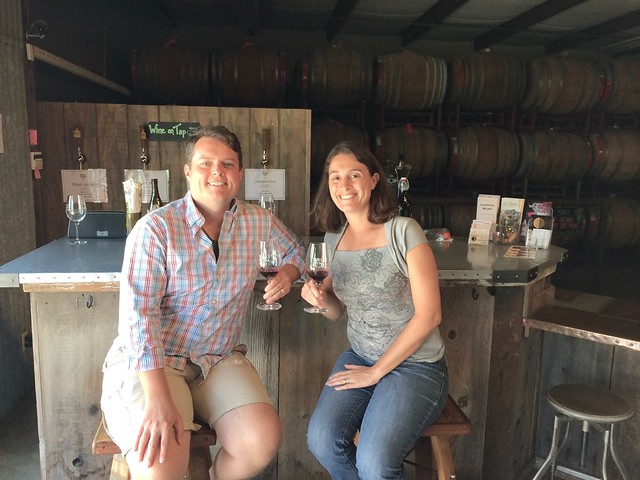 It caught us both by surprise that our next wine was from Willamette Valley in Oregon. The Alphabets wine began our tasting of three Pinot Noirs. It was quite the aromatic Pinot Noir with us picking up scents of berry, herbal-parsley and fennel, licorice, and driftwood. This wine was pretty light too and Neil thought it was too light for him. The flavors were dry, a little bitter, wet forest and black pepper. Although we were excited about the aromas, we were ready to try the next Pinot Noir from the Pali Estate Vineyard. I found this to be the Pinot Noir with spice. I could feel the spice but also picked up big berry aromas and grape flavors. Neil noticed dark fruit and bell pepper aromas. I could tell this would be his favorite Pinot of the tasting when he said he could “live in this bottle!” He described the wine’s flavors as light pepper, fruity and super approachable. The final Pinot Noir was the Rio Vista and it was a bonus pour for those of us that were in the tasting room that day. We noticed earth, berry, menthol, smoke, pepper and aromas that ranged from dark cherry to plum. The body of the wine was thicker and not that light to me but Neil thought it was “deliciously light! “ We had a lot to say about the flavors too. Neil found this wine to be round, ruby, and described the flavor as cherry jolly rancher. I though the wine was soft and dry with menthol flavors and a spice finish. This was my favorite Pinot Noir of the three.

There were two blends remaining in our tasting, one using Rhone grapes and the other with Bordeaux grapes, both combinations that we usually seek out. The Jetty Rhone Blend had big licorice, chocolate, graphite and dark fruit aromas. I called this a dry wine with strawberry and spice flavors. Neil agreed with the heavy spice but thought this was a sweet wine with plum-ish and earthy flavors. The Swell, a Bordeaux blend, was modeled to be similar to a Right Bank blend. Neil found alcohol, petrol and pepper aromas and called this a heavy wine. I noticed earth, blackberry and vanilla aromas and thought it was a dry wine. I noticed spice and berry flavors and Neil thought the flavor started as big fruit but then it changed to jammy as he sipped it. 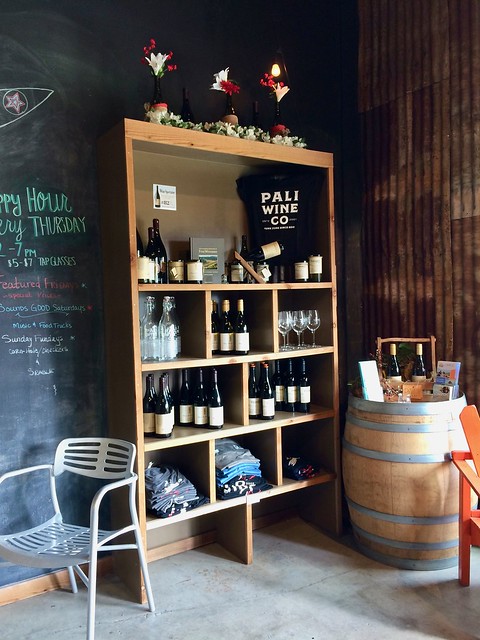 We had a great time enjoying all these aromatic wines but couldn’t agree on which one to buy. What a great first stop that included so many of the types of wines we like. It’s like Edward, our AirBnB host, already knew us.

Thanks to Cindy for telling us about the Central Coast Specialty Food store, http://www.centralcoastspecialtyfoods.com, for cheese. I wish they stayed open later, we never made it over there before they closed. We got a couple other recommendations for wine tasting in the Ghetto too. Flying Goat Cellars specializes in sparkling wines, we’ll definitely put them on our list for the next time we’re in Lompoc. Not much time left for our tasting today and we still have to head over to Fiddlehead Cellars before they close. Join us as we continue our Sideways Wine Tour of the California coast. 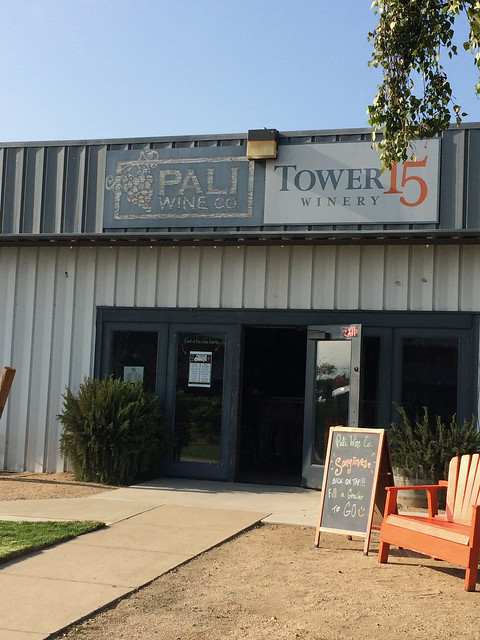