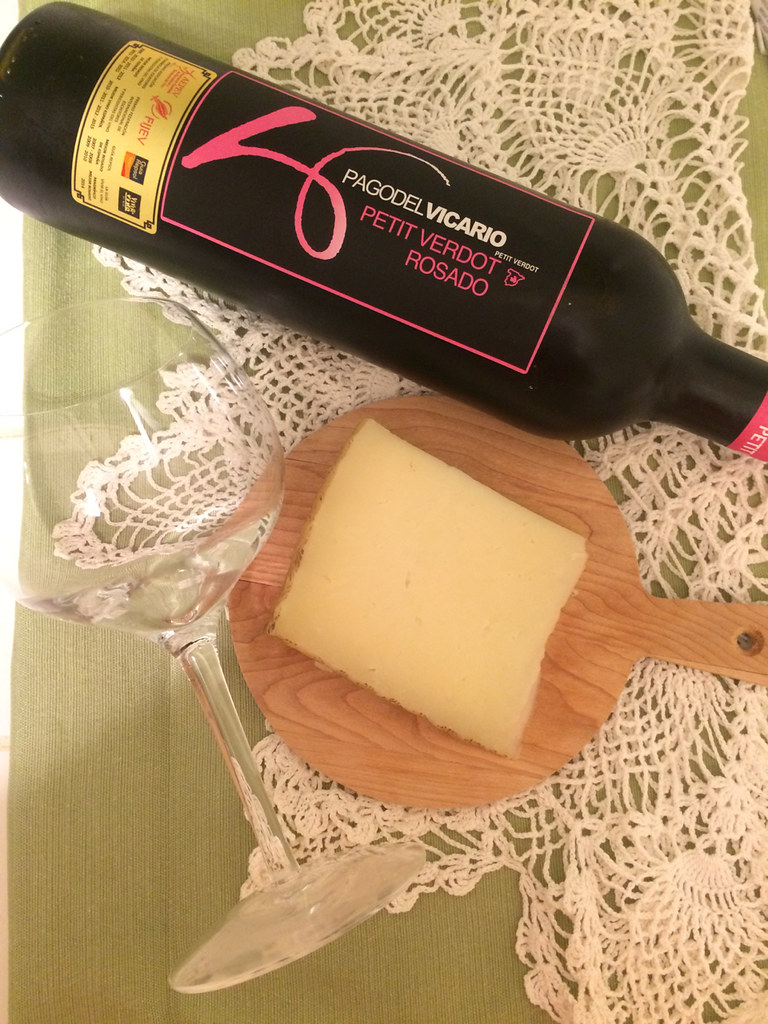 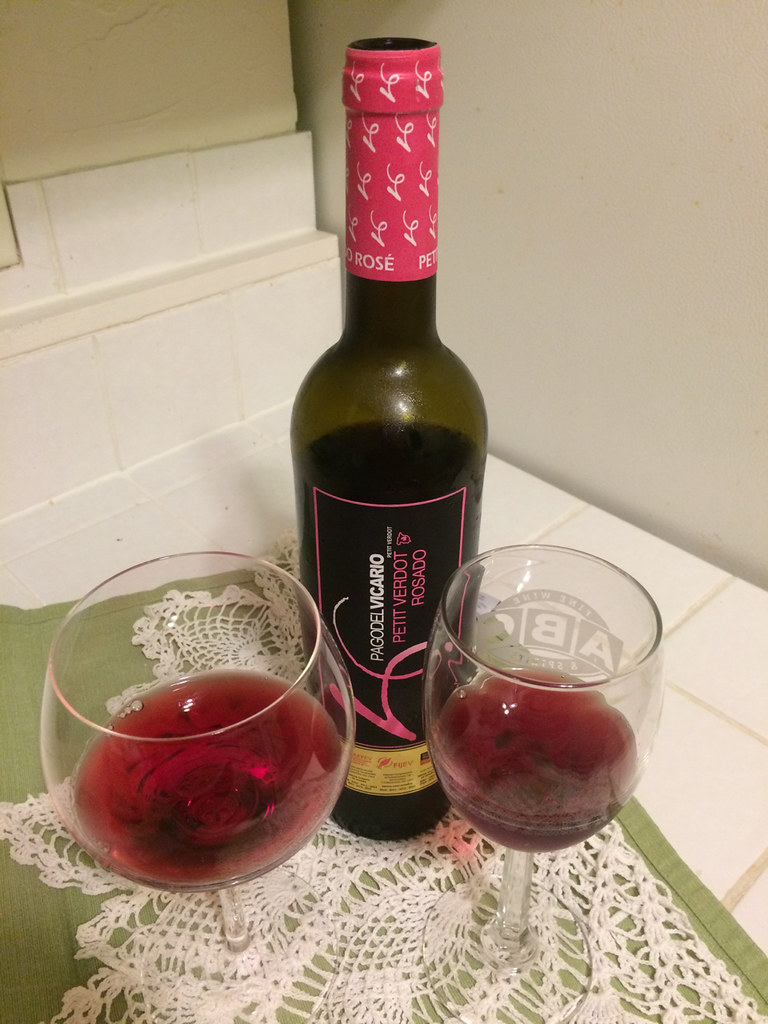 During our time in Florida, we’ve been on a search for a place to buy some lesser known wines. A friend in the wine industry suggested, West Palm Wines, http://www.westpalmwines.com, in Ybor City. We finally had a chance to get over to Tampa, since we don’t have a car, to check out the store. It was exactly what we were looking for, I didn’t know any of the wines! After about an hour of searching and roaming around, I spoke with Mark, the owner, to learn about some of the the wines. We talked about their large collection of Sicilian wines, rosés and old world wines.

As usual I was on a quest for wines with character, that were out of the ordinary. I also wanted to find something from South America that wasn’t Malbec, the Bonarda from Zuccardi was just the thing! As a bonus, there was a Petit Verdot rosé, that was so dark and unusual. Mark suggested a spanish cheese, idiazabal, to go with this spanish wine but I didn’t have a chance to get out to the gourmet shop that would have carried it. It’s ok, we haven’t had a manchego in a while and they carry that at Aldi, where we do all our grocery shopping. 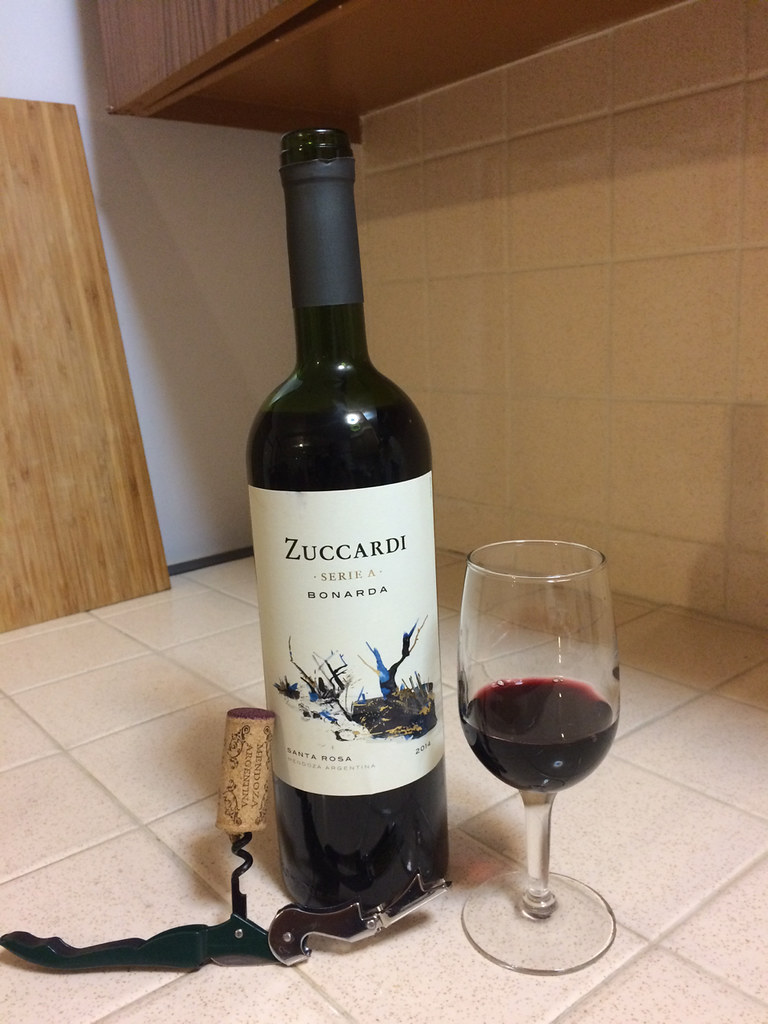 We started our wine tasting by describing the color of the wine, I thought it was similar to a Pinot Noir color but Neil said it reminded him of the color of Niagara wine. Their were light berry aromas that I identified as cranberry or boysenberry. It also smelled tart and crisp to me. Neil jumped in to describing the flavors which made him think of black cherry jolly ranchers. It wasn’t super sweet but it was sweeter than I expected. There were also flavors of blackberry and prunes. Neil found it to be fruit forward and fun to drink but then we realized it was 15% alcohol. No wonder I could feel it wafting into my eyes.

So what about that Manchego? Sometimes it can be waxy and not seem to influence the wine much due to the texture, but we found a way to better enjoy it. We used the “thin slice” trick. Some hard cheeses are much better experienced when you slice them super thin, which totally worked on this one. This cheese had salty and buttery aromas. When Neil tasted just the rind, he thought it reminded him of sweet fried foods at the fair, how strange. The cheese flavor was tart, tangy, buttery and had a nice lingering finish. Neil found a hint of funk, and enjoyed the creamy texture. Needless to say, we just say there noshing on the cheese for a bit.

Neil found this to be an interesting pairing and said he’d enjoy this wine and cheese either together or separately. I thought the wine was too sweet for everyday but was happy to have a chance to try such an unusual rosé. Petit verdot is hardly found as a single varietal wine and I don’t think I’ve ever come across such a dark rosé. Glad we tried it and for those of you looking for a rosé on the sweeter side, you’d probably like this one.

Note:
Although I didn’t have a chance to find the idiazabal cheese, I googled it when writing the entry and found out it is also a hard sheep’s cheese, that is usually smoky. Guess we made a pretty close substitution by choosing the Manchego. Good job us!