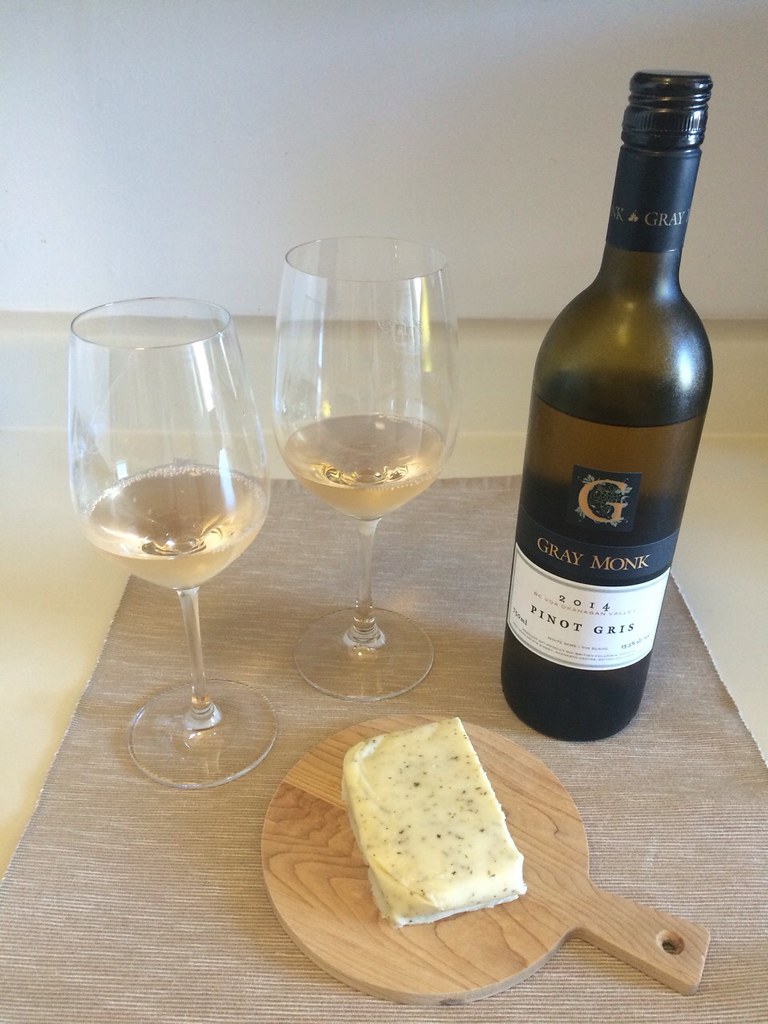 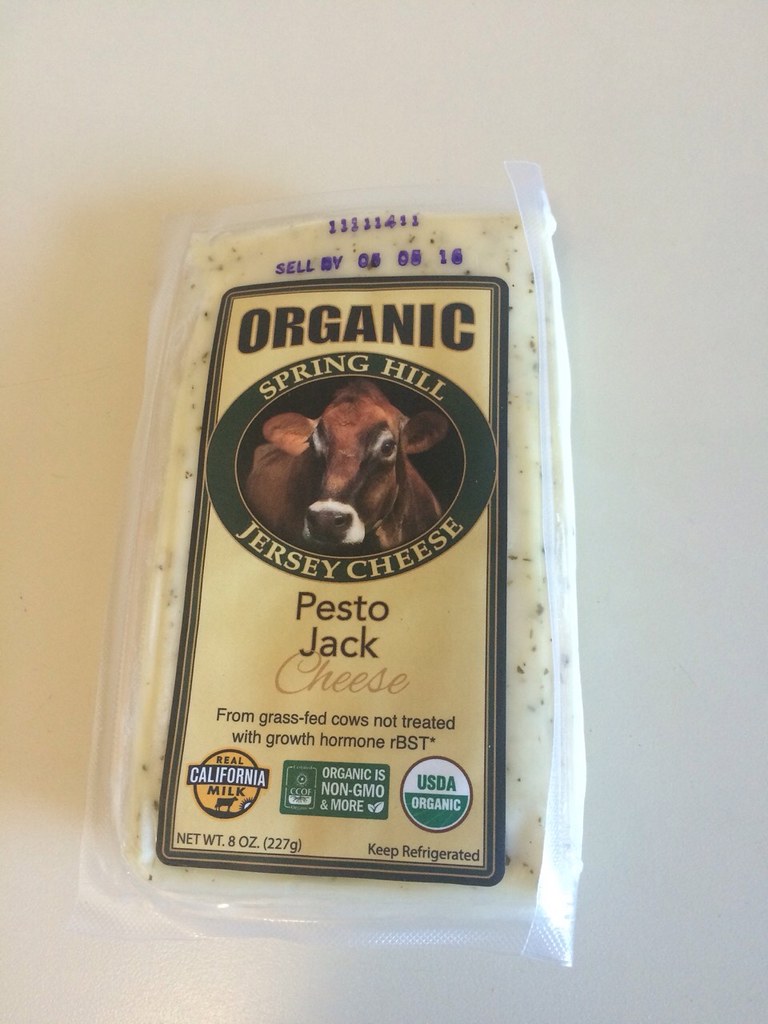 As a Thank You Gift, our Swiss friends Benno and Nora brought us some wine from their recent trip to Canada. Have you heard of the wine region called Okanagan Valley? It’s another up and coming region to keep your eye on. As you might expect, its located near a big lake. Today’s wine is from British Columbia’s oldest family run winery, Gray Monk (www.graymonk.com), and features their Pinot Gris grapes, the signature white grape of the region. How exciting to get to try grapes from another nearby winemaking region.

While we were all on our way to the Sapphire Hill Food and Wine Pairing Lunch (http://mferraro73.tumblr.com/post/120785672765/sapphire-hill-food-and-wine-pairing-lunch-we-had) we decided to make a stop at Petaluma Creamery (http://www.springhillcheese.com). After trying a sample of the Pesto Jack, we thought it would be a great match for our newly acquired Pinot Gris. Let’s see how the pairing worked out.

The first thing we noticed about this Pinot Gris was the slightly pale pink or peach color. During our swirling, I detected an aroma that was similar to honeydew melon, lime or pear but it was definitely a sweeter fruit. Neil identified the aroma to be more of a crisp, clean fruit that reminded him of pear and tangerine. As we discussed the flavors of the wine, we both noticed a softness but also a tartness. It was kind of hard to describe, the tartness was more like a feeling on my teeth than a flavor. Neil found it to taste like a combination of pear/honeydew and tangerine, while I thought it had more aromas than flavor. He also picked up a hint of vanilla.

There was no question that the cheese was “pesto” jack. I could smell garlic and it definitely had the aroma of pesto. Neil described the aroma to be more of a light pesto and he could smell fresh milk. The flavors were “big pesto” that was really savory, and mild Jack that had a hint of tanginess. I found the texture to be creamy and Neil said it had a medium softness. It’s funny because we were both coming up with ideas on how we’d like to eat this cheese. I thought it would be great with some wheat crackers and Neil wanted a fancy grilled cheese.

During the pairing of Pinot Gris and Pesto Jack, I thought the wine smelled richer and maybe even a little chalky. The tangerine flavor was magnified for me but the wine wasn’t as tart, kind of more of a grapefruit flavor. The pesto flavor of the cheese was more noticeable in the finish. I liked the wine with the cheese better than the wine alone.  Neil didn’t care much for the pairing, he said the flavors of wine and cheese were opposing each other and he was left with a high acid flavor that he agreed was similar to grapefruit. So I guess that’s one vote for the pairing and one vote against. Regardless, we still got to try a new winemaking region and a tasty cheese.