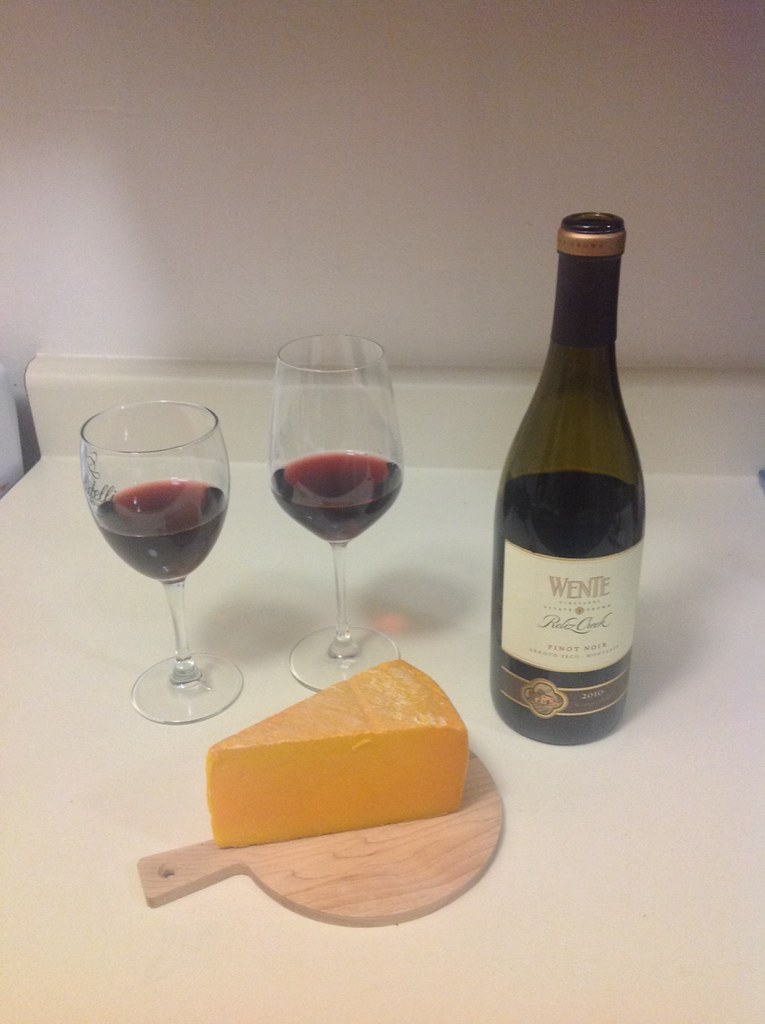 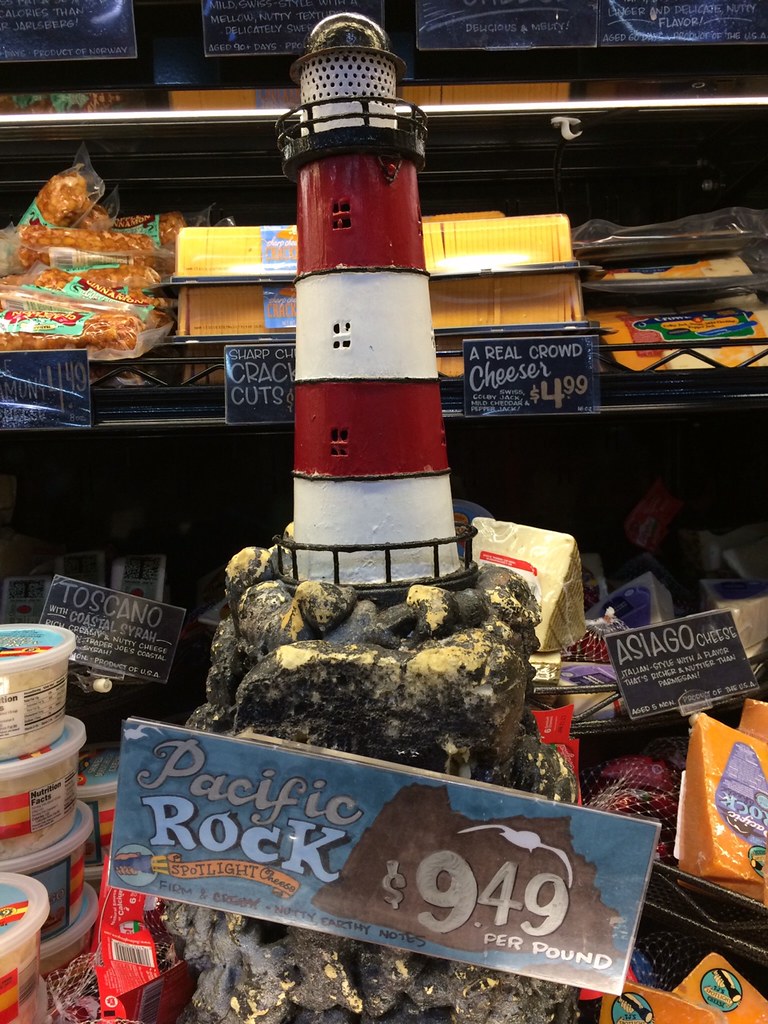 We purchased the Pinot Noir back in June during our trip to Wente, http://mferraro73.tumblr.com/post/88717310148/trip-to-livermore-part-one-its-been-over-a. And who could pass up a cheese with a lighthouse display at TJ’s! Let WineAndCheeseFriday begin…

During our swirling we noticed some particles, not sure if they were from the wine or the cork. I smelled cherries, spice and Earth and Neil found cassis and spice aromas. We both noticed a light body but differed on flavors. I identified a richness with a bold flavor, strawberries and cherries and spice in the finish. Neil tasted berry and cassis and tried to determine if it was smoky or dark chocolate flavored.

The cheese looked like aged cheddar or Gouda so we figured it would be tasty. There was some aroma but a very funky flavor! I noticed a slight tartness and then all of a sudden a campfire finish. Neil tasted dried leaves and grass. But in the end, it was way too funky for both of us, as the flavors built up in our mouths.

As we paired the Pinot Noir and Pacific Rock Cheese I noticed fruit but then some vanilla in the wine, and the alcohol became more obvious. The cheese took on more of a cheddar flavor with less funk. Neil found the wine got sweeter but the cheese overpowered the finish of the wine.

Overall ratings for this wine and cheese, the wine was ok, the cheese was rough, and the pairing helped the cheese but no new flavors appeared. Probably one of our least favorites.