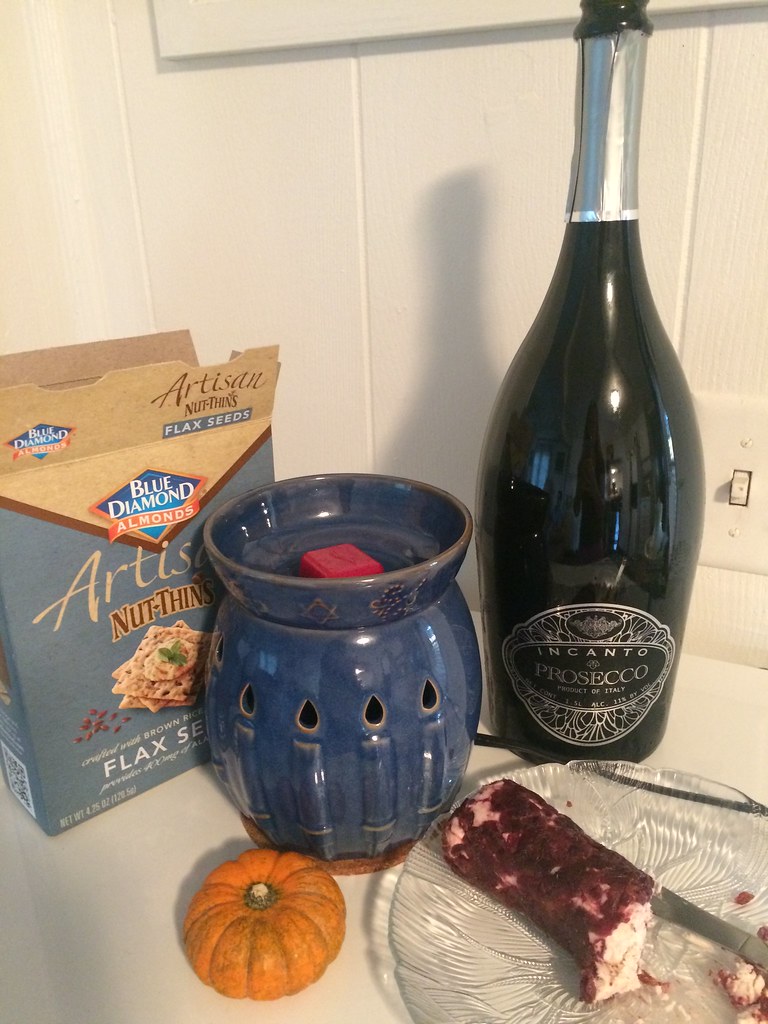 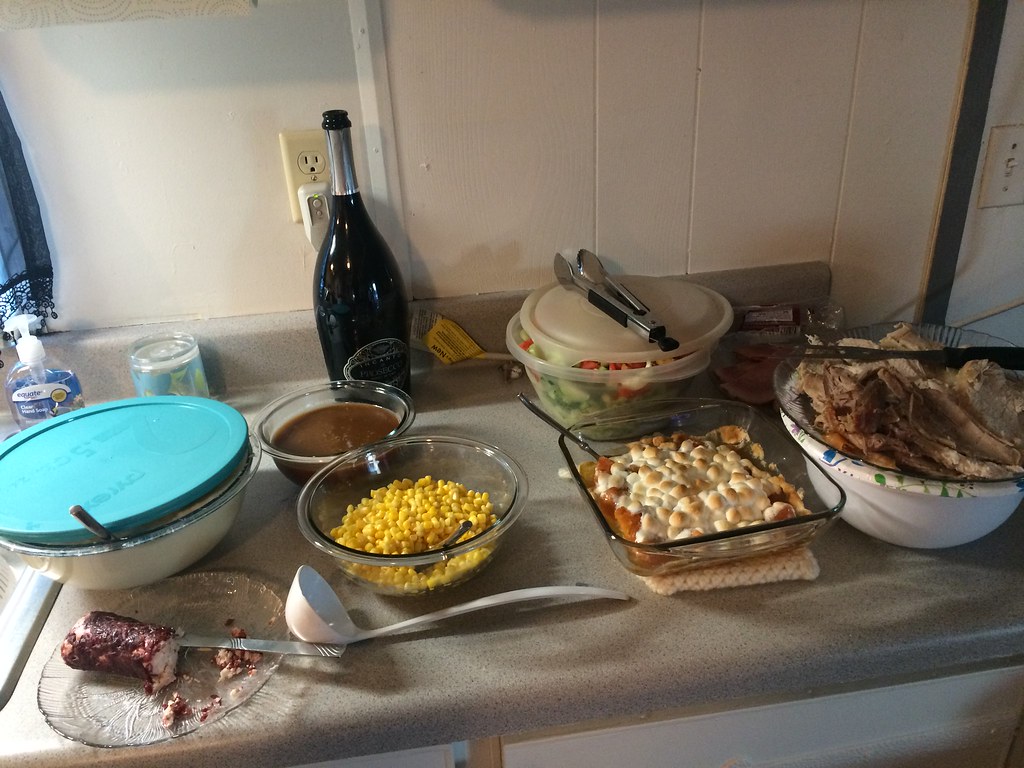 The Fearless Flyer came in the mail from Trader Joe’s (http://traderjoes.com) and we instantly found what we’d be bringing to Thanksgiving. There was not only a magnum of Prosecco but a chèvre coated in cranberries, done! We’ve had really good luck with the quality of wines and cheeses there and buy them pretty often. We had never tried this Prosecco or cheese before but they looked so tasty and great for the holiday!

We popped the cork on the Prosecco right when we got there and some cooking was wrapping up. After a quick toast, I asked for some tasting notes. There were five of us that day and everyone except the cook took part in our tasting. But don’t worry, she did have a quick taste and then went back to work on the turkey AND ham that we’d be enjoying that day.

The tasting notes were flying so fast but I think I was able to write them all down. Neil thought the wine reminded him of beer but it was good. His mom, Linda, found it to be light, crisp and refreshing. Uncle Matt isn’t much for wine but noticed the lingering flavor. He did add though that it might have been better if it was colder. I described the fruity aromas and the flavor that tasted kind of like yeast. We’ve probably had sparkling wines that we’ve enjoyed more but that wouldn’t stop us from indulging on this giant bottle of wine.

Before dinner began, we figured we’d have some of the cheese too. There was no denying that everyone liked the cheese. Lots of mmm’s, good, and yes! as we all tasted it! Linda thought the cheese reminded her of cream cheese with cranberries. She said it would be perfect for a dessert cheese! Neil agreed that it was sweet but just continued enjoying it. I found it to be soft, creamy and tart, exactly how I’d expect it to taste! Uncle Matt being a man of few words, just said, Good!

Then I tasted the wine and cheese together, as if it was a new idea and thought, oh yeah, I need to write this down too. It was great to finally have a day where we were relaxing, I almost forgot it was work. The Prosecco seemed to make the chèvre even smoother and creamier. Neil felt the Prosecco and cheese were both independently strong so there wasn’t much interaction. Then he said the wine got a little drier.

We continued to enjoy both the Prosecco and cranberry chèvre throughout the dinner and afterwards. I even put some of the cheese on top of my turkey, which was great! I’d totally recommend that! What a nice, relaxing night.