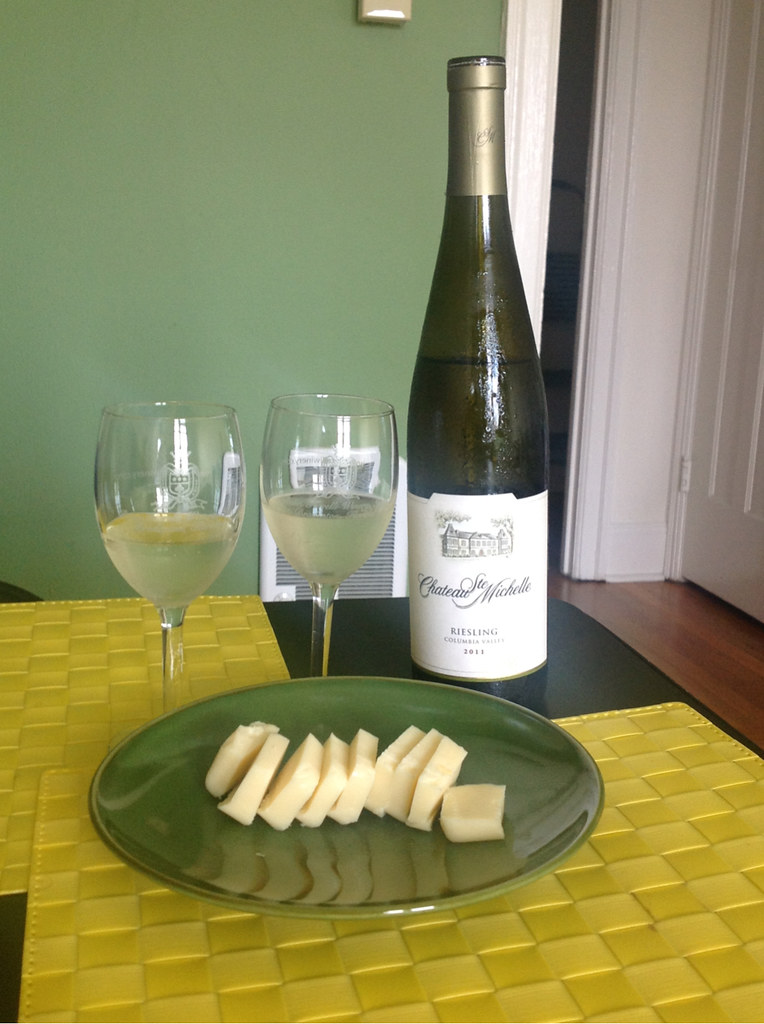 Our wine this week is a Riesling from Washington. We figured we’d try something a little different for a change. Also it’s a wine that can range anywhere from dry to sweet. We are excited to see what we chose!

Initially we both noticed a pear aroma. I thought it smelled dry and Neil picked up an apple aroma. I tasted a honey flavor, some apple, and the tartness of a lemon. Neil described the tart flavor as green apple and found it to be crisp with a sweet buttery pear flavor. We both think it would be a nice white wine to sit and enjoy without food.

When we smelled the Swiss cheese, Neil proclaimed “smells like Swiss.” I tasted a light smokiness, and a slight tart flavor. We both enjoyed the soft squishy texture and the light flavor. Neil thought it would taste good on a cracker.

During my wine and cheese pairing the Riesling seemed to get drier and the fruit flavors dissipated. I didn’t like the wine as much with the cheese. Neil felt it was a good pairing due to the mildness of the swiss; both the wine and cheese were light and neither flavor dominated. He liked both independently as well as together while I would prefer them separately.

So was it a sweet or dry Riesling? We found it to be right in the middle, and the gauge on the label agreed. I’m happy it was in the middle because some Rieslings that I’ve had make my teeth hurt!