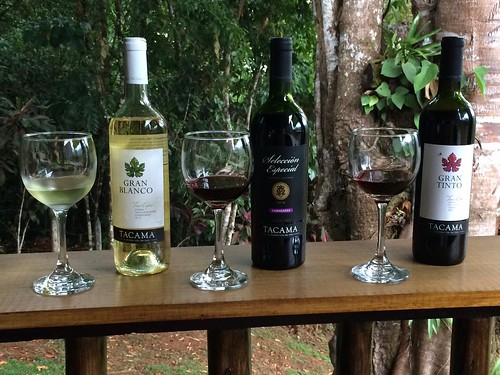 Have you ever tried wine from Peru? Today we’ll be featuring three wines from Tacama Winery, the oldest winery in South America. It was founded in 1540 and still continues to produce wines almost 500 years later. The vineyards are located in the Ica Valley Oasis, which boasts hot days and cool nights and can be found in the southern part of Peru. This growing region, as well as any wine from Peru, is new to us. Did you know they started producing wine in Peru long before Chile or Argentina? These are the countries we usually think of for South American wines.

We purchased these bottles as part of a wine shipment from a distributor in San Jose, Costa Rica. Their catalog was filled with South American and French wines we’ve never tried before. We thought it would be really fun to create our own wine tasting flight at home, so we ordered 3 wines from the same producer in Peru. In order to provide an introduction to the region and style, we purchased a white blend, a red blend and a single varietal red, Carmenere. What a cool coincidence that these wines come from such a historic winery!

On the day of the tasting, we checked back in the catalog to figure out which order we should taste the wines. The red blend seemed like it would be much bigger with Malbec, Tannat and Petit Verdot than the Carmenere so we created this tasting sequence. 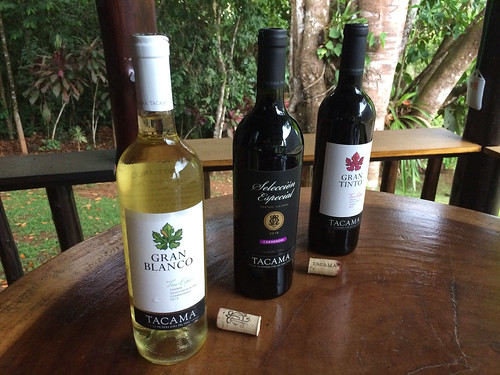 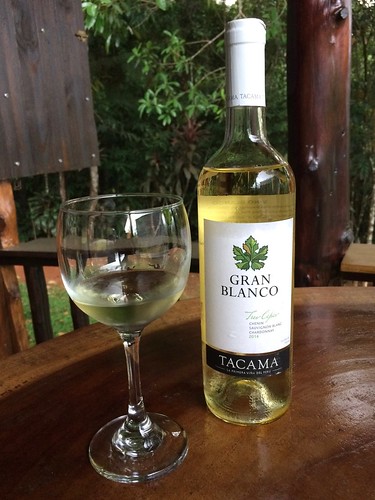 We began our tasting with the Gran Blanco, white blend. We analyzed this wine a couple times before we came up with tasting notes. It smelled like oak to me but the flavors were kind of out of balance. I picked up tart and toasted flavors but then also a crisp and toasted finish. Neil noticed menthol and sugar flavors that were also woodsy. Neil didn’t like it but I wanted to give it a second chance. We did try it a couple more times that week but decided it wasn’t for us, too much oak and sweetness combined, so we gave it to our neighbors. 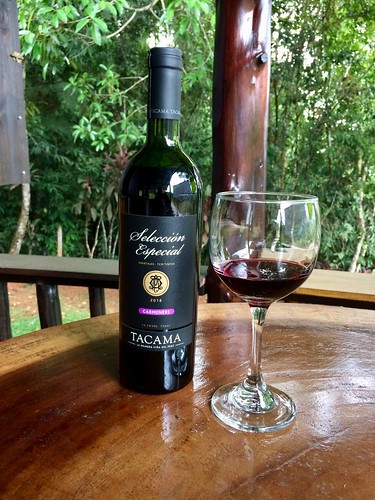 The carmenere was from 2018, and we both typically like this grape quite a bit. I described the aromas as berry and floral while Neil found smoky, spicy, tart cherry aromas. I found the texture to be on the lighter side. Neil thought this wine was “brand new” but he could tell it showed good promise for aging. He described it as bright, young, spicy, tart and said it needed to mellow but as the night went on it did open up some. My tasting notes were fruit, some earth and cherry initially but then it had the aromas change to earth and berry with flavors of cherry and spice that converted to cherry cola. Watching the changes throughout the evening and during the week, we really wished we had somewhere to store wine. This would be a fun wine to order and see how it changes every 3 months or so! 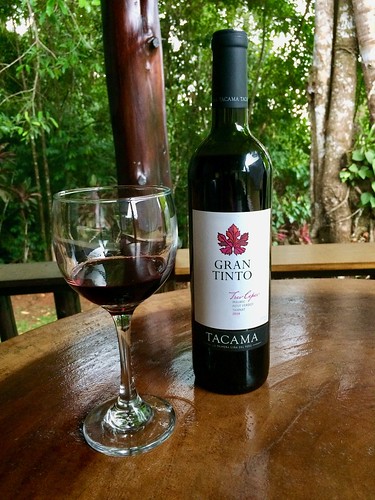 Knowing the grapes used to produce the Gran Tinto, I had an idea of how it would taste and smell. Once we swirled and sipped the wine, I was totally thrown off when I found aromas of menthol and anise. Neil picked up aromas of meat, steak and A1 sauce. From these descriptors I would have thought maybe a bordeaux or a syrah? Once I tasted the wine, I found that smoky meat flavor Neil was talking about. The wine also tasted light but had some spice and tannins. Neil liked it’s dark fruit, spice and dry flavors. I didn’t like how meaty it seemed. Later in the week, the aromas changed into earth, prunes, maybe some chocolate, and a hint of smoke. The flavors also shifted to include earth, a hint of berry but there was still that meaty finish. Since I wasn’t much of a fan, Neil was happy to take one for the team and finish up the bottle.

We had such a fun time tasting these three wines from Tacama. It was great to have our wine tasting flight at home and so interesting to try wines from a new region. As I look on the website for Tacama, I can see how many different product lines they offer so although I didn’t really care for either blend, maybe I’d have better luck with their other wines in the Special Selection line. Ooh and there’s some sparkling wines, as well as Piscos. Hmm, now that I think of it, I guess this is our second exposure to Peru Wines, https://wineandcheesefriday.com/mistela-tasting-at-colgado-restaurant-cuenca-ecuador/, since we tried Piscos once before.