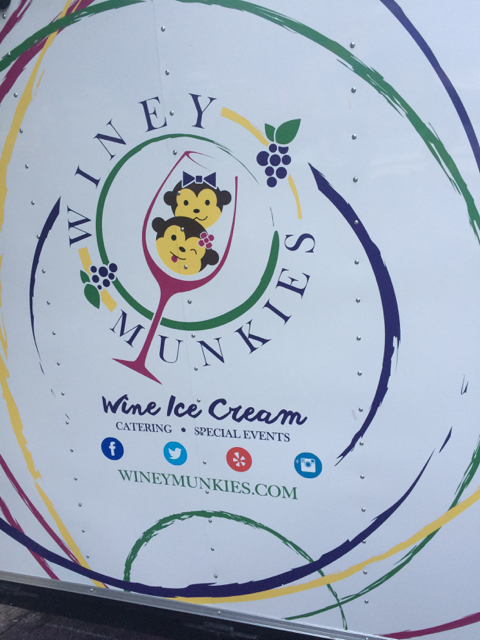 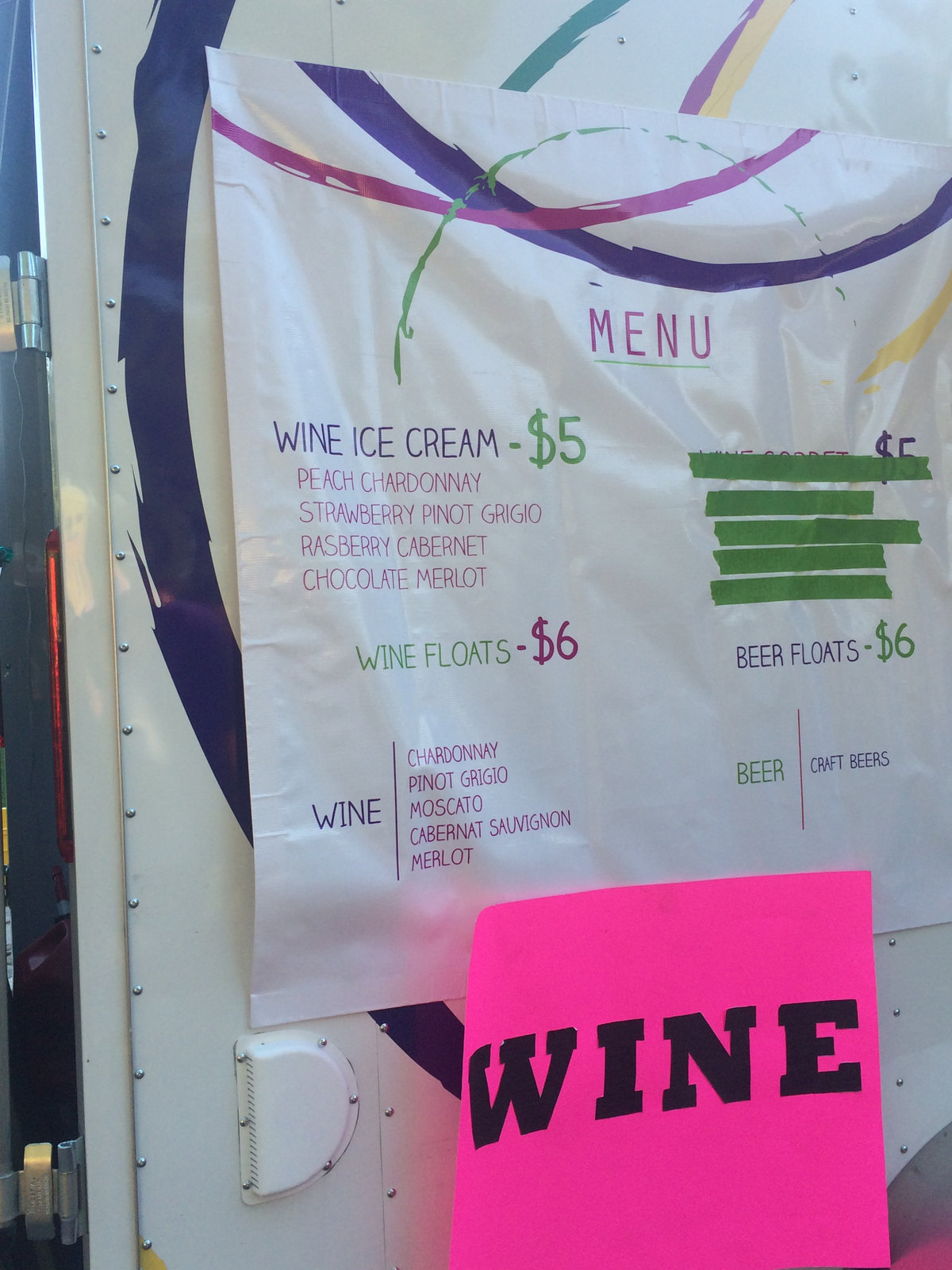 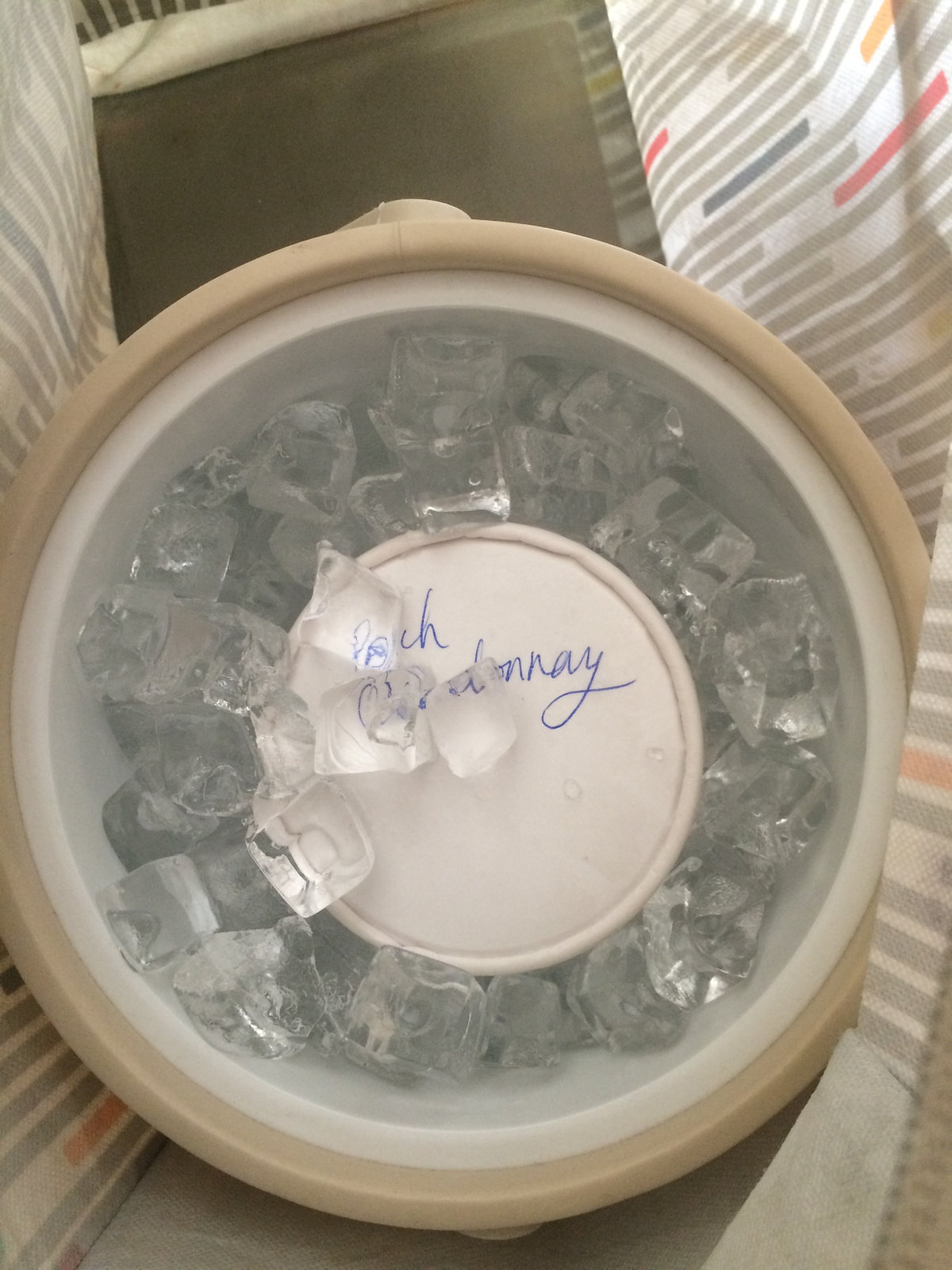 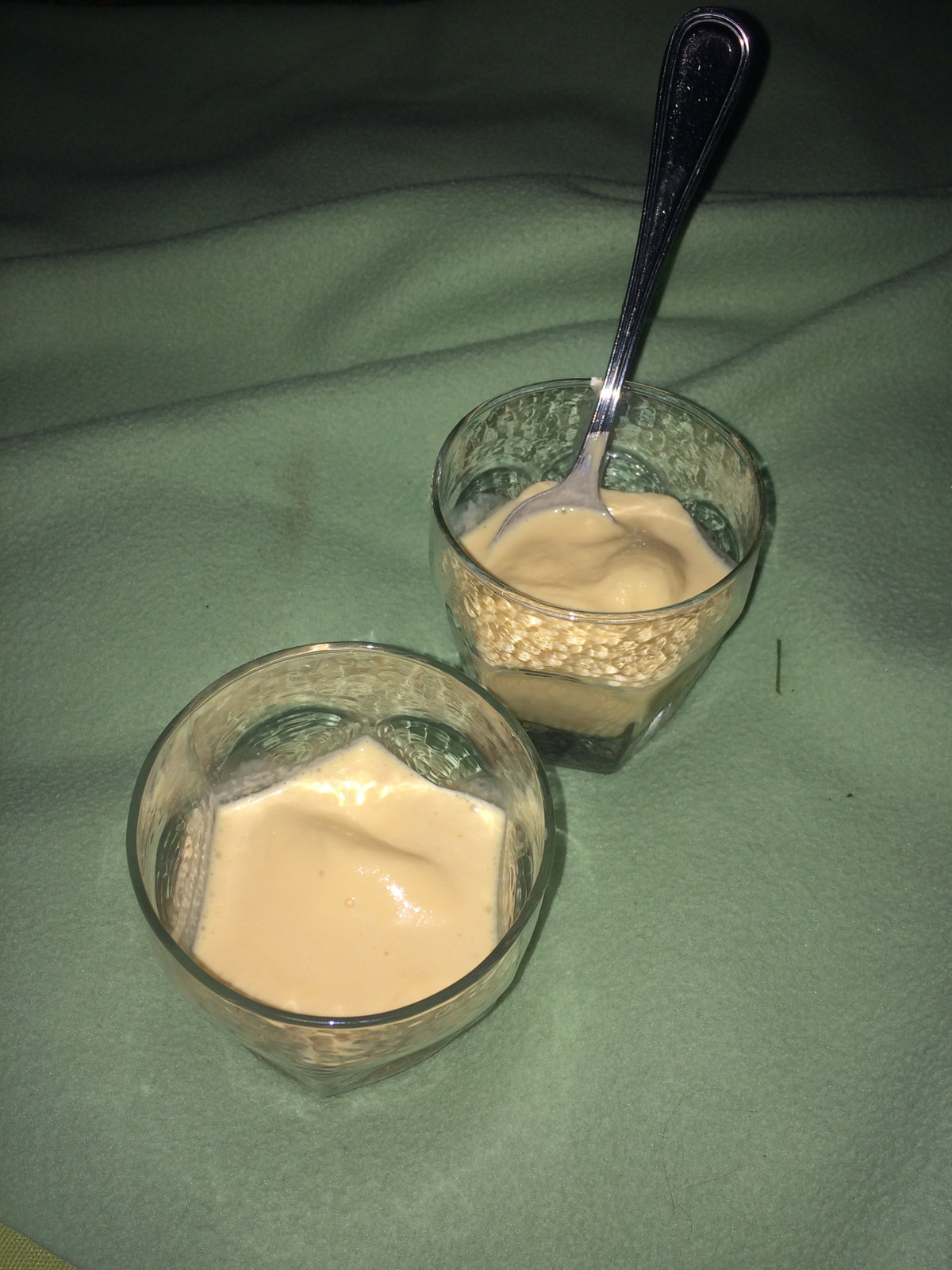 This week’s WineAndCheeseFriday entry, Tasting Wine Ice Cream by Winey Munkies, will wrap up our series of “Wine Fun” in Reno. Neil and I have never tried wine ice cream before but were curious when we saw the Winey Munkies food truck at Food Truck Friday, https://www.facebook.com/RenoStreetFood/ at the beginning of our trip to Reno. Although we didn’t try it that night, I was still thinking about it a few days later so I found the Winey Munkies Facebook page, https://www.facebook.com/WineyMunkiesReno/ and contacted them to see where they would be next? I’d be able to find them at Food Truck Friday the next week so I made a plan to head out there.

Food Truck Friday began at 5pm in Idlewild Park but we had plans to also attend the Movie in the Park sponsored by Artown (http://www.renoisartown.com) at another park. We knew how hot it was in Reno, being July, but we came up with a plan to buy the ice cream at one park, pack it up, and then walk to the next park for the movie. Some might say we were crazy to try this but we were up for the challenge. We had been staying at a hotel so luckily we had an ice bucket with ice at our disposal. We filled the bucket up to the top with ice and put it all in a bag, just before we headed out.

When we arrived, we met Brian, who knew me as the person who contacted them on FB. We told him we wanted to purchase some ice cream to take with us and asked if they sold larger cartons. We were in luck, they offer a pint for $10. Now the only challenge was to choose a flavor. There were four flavors available that night: Peach Chardonnay, Strawberry Pinot Grigio, Raspberry Cabernet and Chocolate Merlot. Neil and I were on the same page with choosing a lighter one, since we were so warm, and decided on the Peach Chardonnay. We figured out how to bury the ice cream in the bucket and close it up to preserve our treat. Yes, we could have tried it at Food Truck Friday but we were excited to savor it and really taste it during the movie instead of rushing then.

So we made our way back with our trusty bag of ice cream and checked it once we arrived. There were whole ice cubes still in the bucket, so we made no effort to hurry the process. Once the movie was underway, I unburied the pint to have a taste. Strangely enough, there were still whole ice cubes at this point. When I removed the lid, the ice cream even looked pretty solid, so I jammed the spoon in pretty forcefully and it was kind of like hard soup. It only looked frozen when it really wasn’t but it’s ok, I didn’t spill it.

Ok so I know you are wondering, how did it taste? Well we were both surprised how much it did taste like wine! It was totally peaches and chardonnay! The peach flavor was a little tart and the alcohol seemed kind of strong but wow, neither of us expected it actually to taste like wine. After our first taste, I was so curious, what the other 3 flavors tasted like, but as you know I was all the way at another park by then.

The ice cream was melted the entire time we ate it but what a fun food to try! It was pretty fun coming up with the whole game plan of how to keep the ice cream cold while we transported it. We really thought we had the system beat by using the ice bucket. Man, Reno is a warm place for all this wine stuff! We’ll have to plan our next trip out during a different season and make sure it includes a Food Truck Friday!