Vineyard Netting, up a Giant Hill! 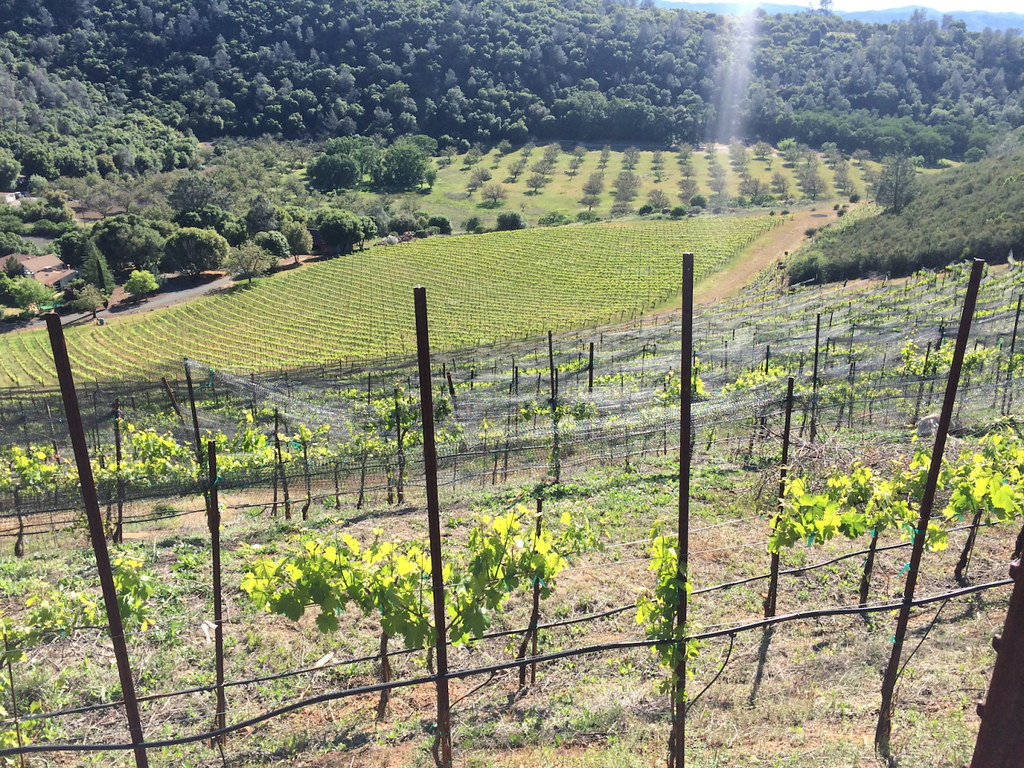 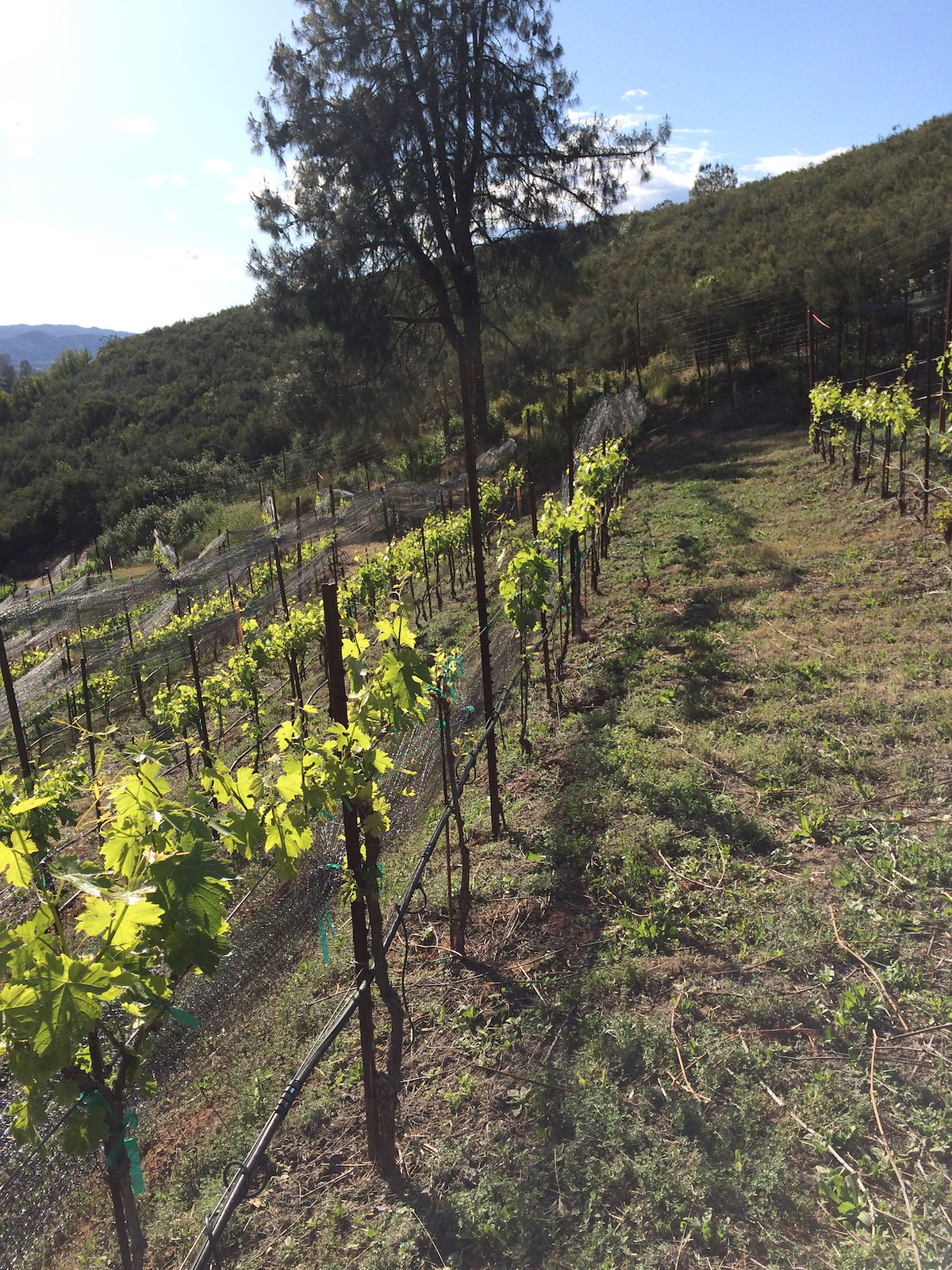 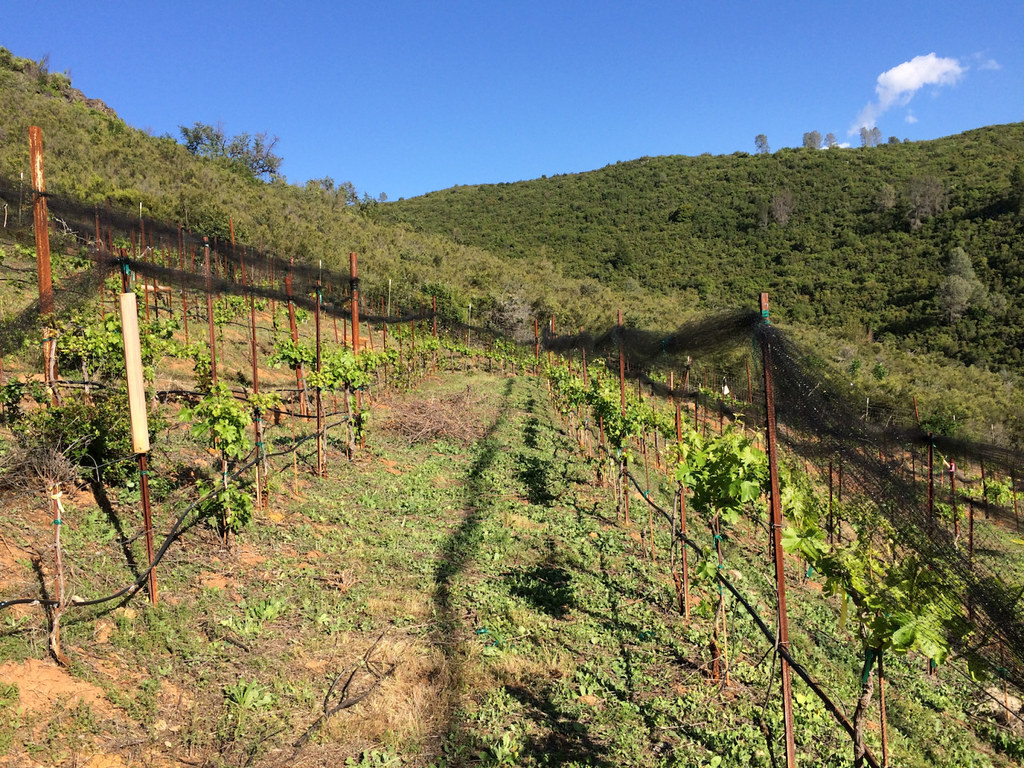 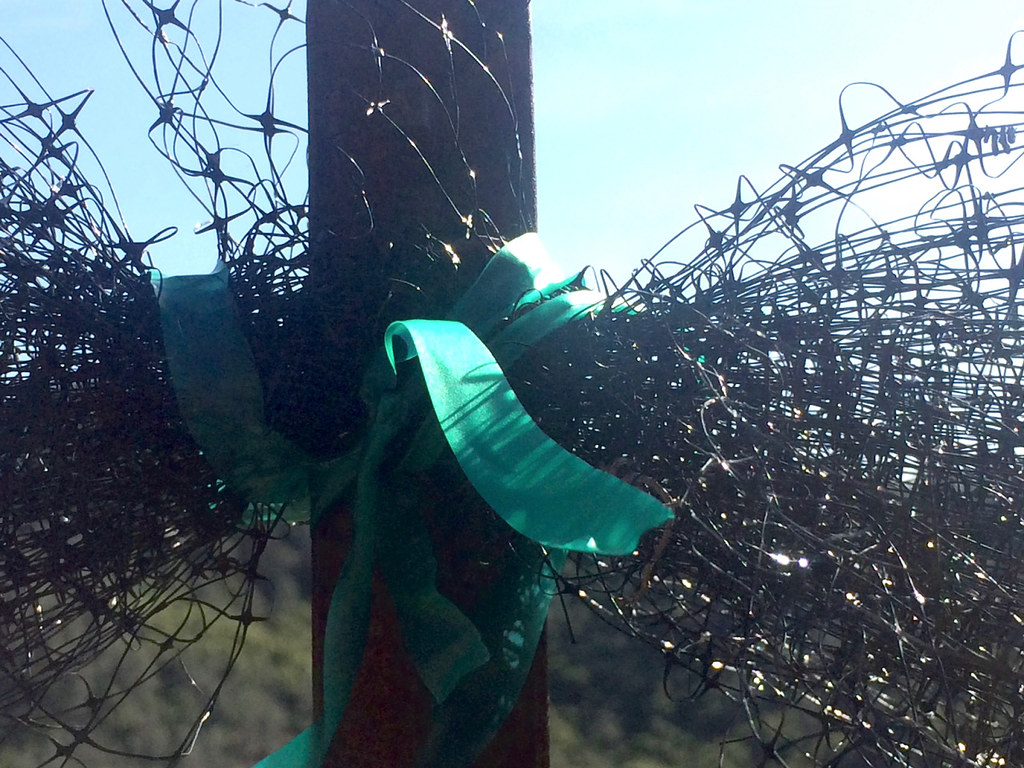 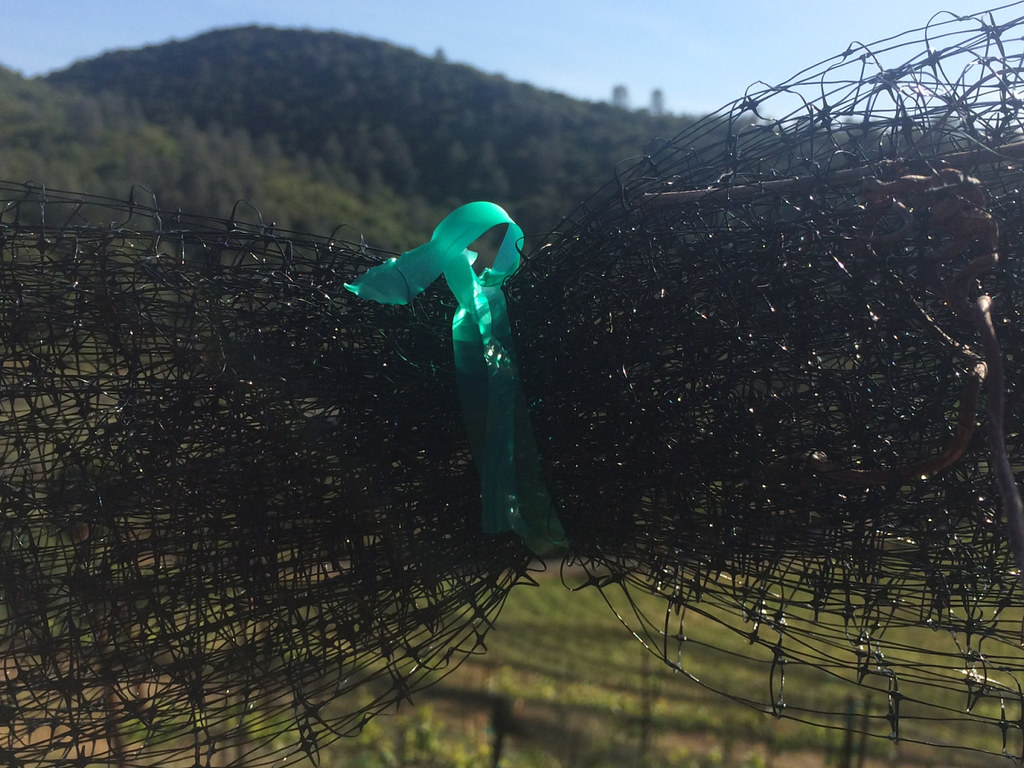 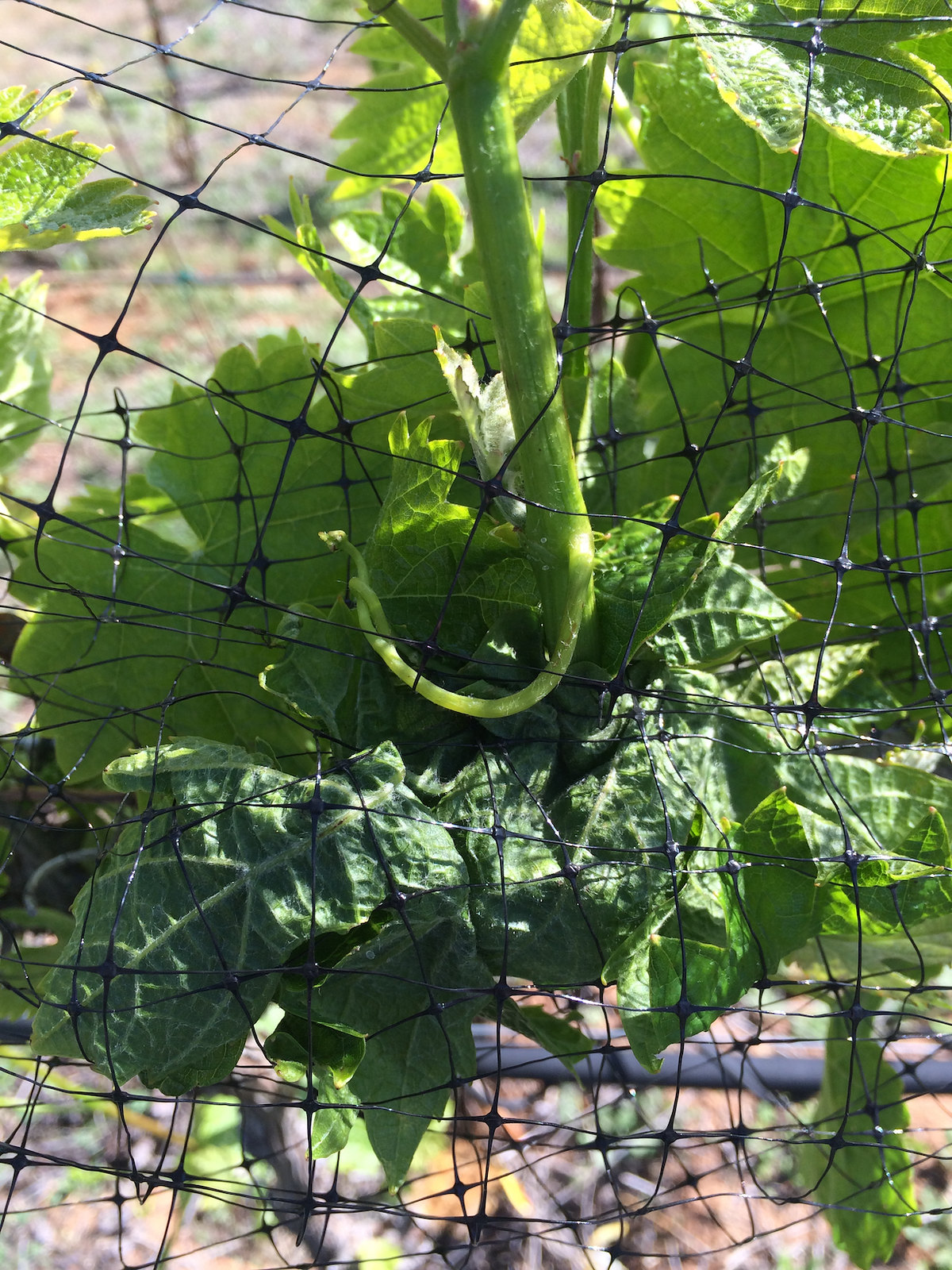 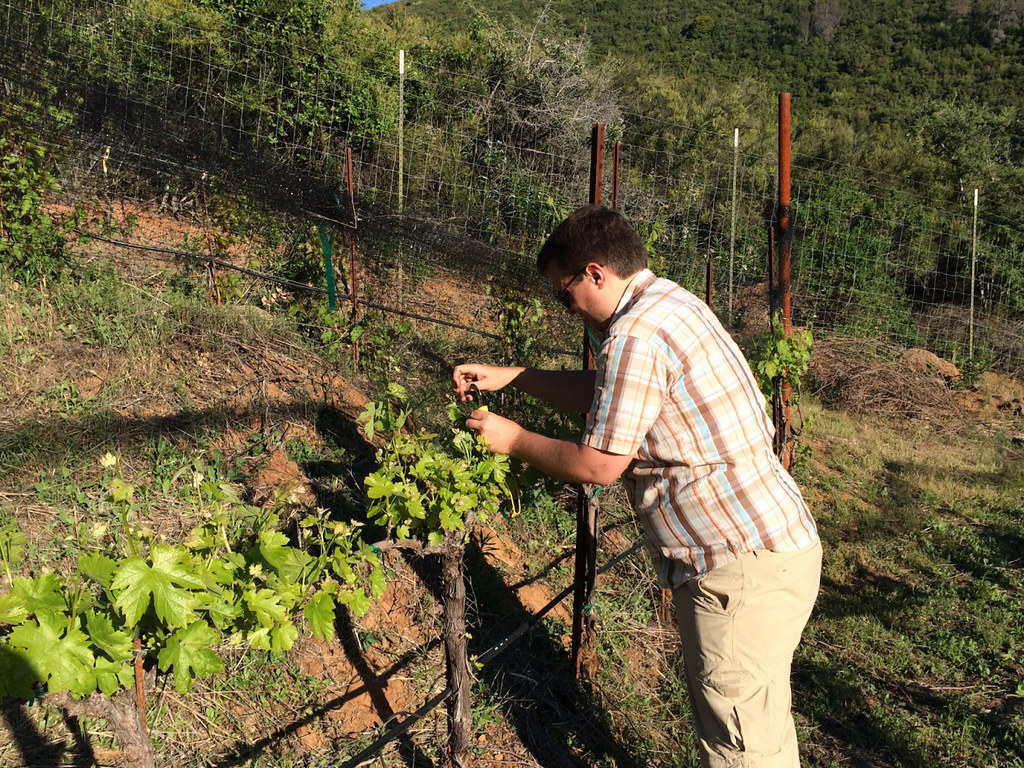 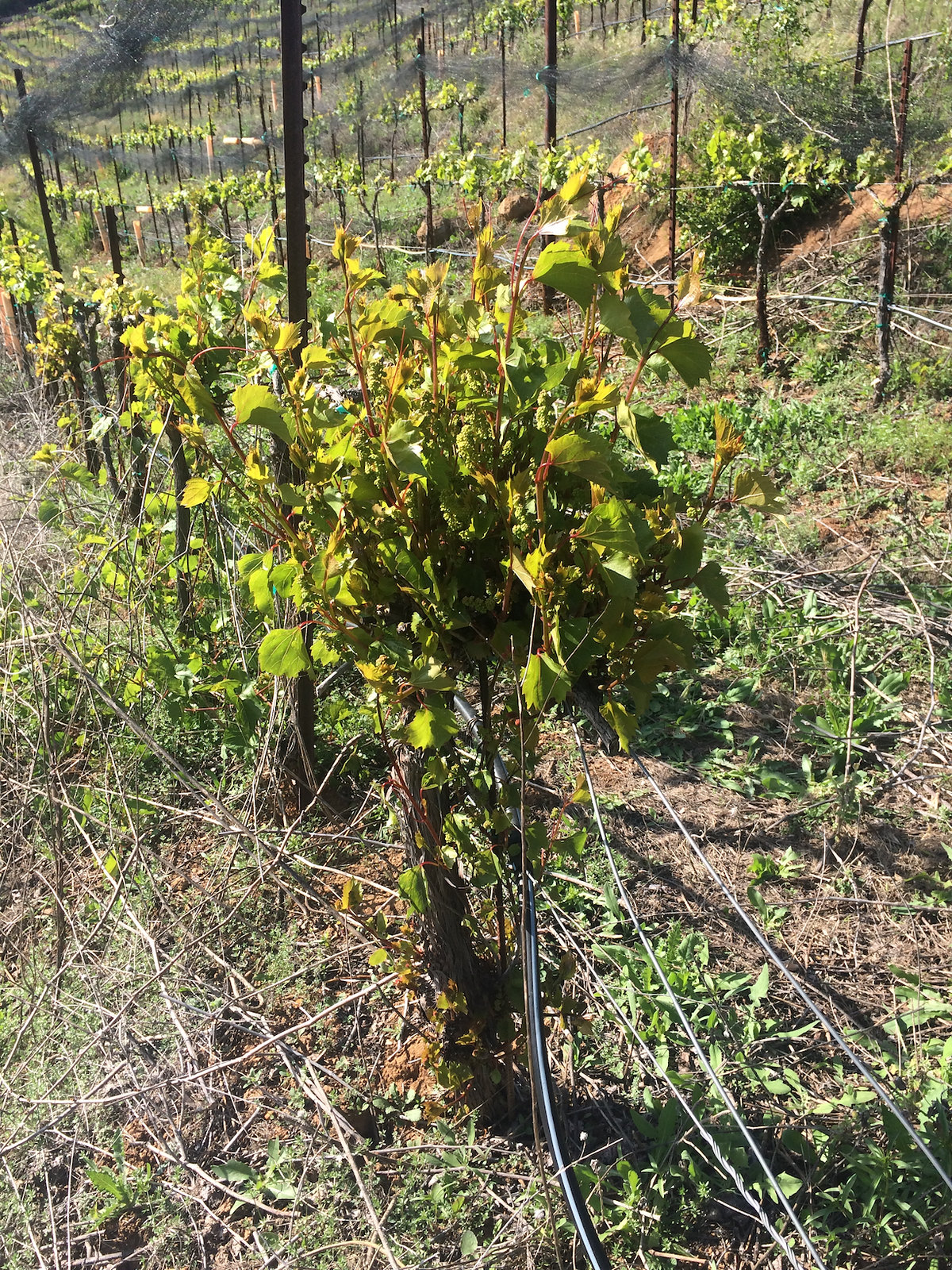 Next task up for Sol Rouge is fixing the vineyard netting. We visited the Sol Rouge Vineyard last year in order to help at the beginning of harvest (http://mferraro73.tumblr.com/post/127822254393/our-day-working-in-the-vineyard-at-solrouge-neil) and that was our introduction to vineyard netting. The purpose of the netting is to cover the vines while they have fruit in order to prevent the birds from eating the grapes. Instead of taking the netting down during the harvest, we bundled it and tied it to the posts up and out of the way of the harvesters.

The vines came out of dormancy recently and have begun to grow. The new growth is probably about 6-12 inches long with mini grape bunches on them. These mini grape bunches are actually the flowers that will turn into grapes shortly.

When the netting was tied up about six or seven months ago, some of it wasn’t quite secured. Now the netting has drooped, slouched, and, in some places, fallen down from the posts. With the current growth stage of the grapes, this is a major issue. Some of the new growth has grown into parts of the net and become tangled. And those cute little mini grapes (flowers) are tangled and trapped too.

Our mission: to save the grapes. Well at least, get them free of the net and move the net back out of the way. Neil and I went up the first day to assess the situation and see how much of the netting had fallen. In our first few rows, it wasn’t too bad. Some of the netting wasn’t tied correctly so it could fall down but most of it was still attached to the polls. There is a technique involved for tying the netting up and its kind of like three loops and an X all combined (see the photo). We are also tying up the nets in between the posts in order to keep it gathered up and out of the way.

As we continued the project and moved through the vineyard, we found that there are sections that are a mess! The netting is fallen down, and the vines are growing into them. When I started my section yesterday, I could see down the row and what I’d be getting into. I was armed with my knife to cut away the net, carefully, and not completely destroy the net or the precious plants. Normally I’m someone who likes puzzles so I’d see this as a challenge, but, after five or six plants in a row that were completely tangled, I wasn’t so enthusiastic. The netting had basically fell onto the plant before it grew and the vine followed it’s way to the sun through eight to ten layers of netting and in some cases, even looped around. It’s like a maze!

While I was untangling the plants, Neil had a different challenge, the hillside. These plants are up a steep hillside and we are starting at the top of the hill and working our way down. For as much hiking and walking that we’ve done, you’d think we’d be prepared for this but we are both totally out of breath by the time we get up to our starting point. Also the angle of the hillside adds complexity to us standing near the post to untangle the net and not roll down the hill. Ok I’m exaggerating but there is definitely a technique to keeping your balance while you work. Neil’s entire row was slanted so he had his own issues.

We’ve completed about 14 hours of work so far on this project and we’ve gotten about one third of the way there. Wish us luck that we get a few more of those easy rows soon so we can cover some ground and work towards the bottom of the hill! At the very least, we get to have some awesome time in nature with an amazing view. We’ll post an update next week so that you can follow our progress.