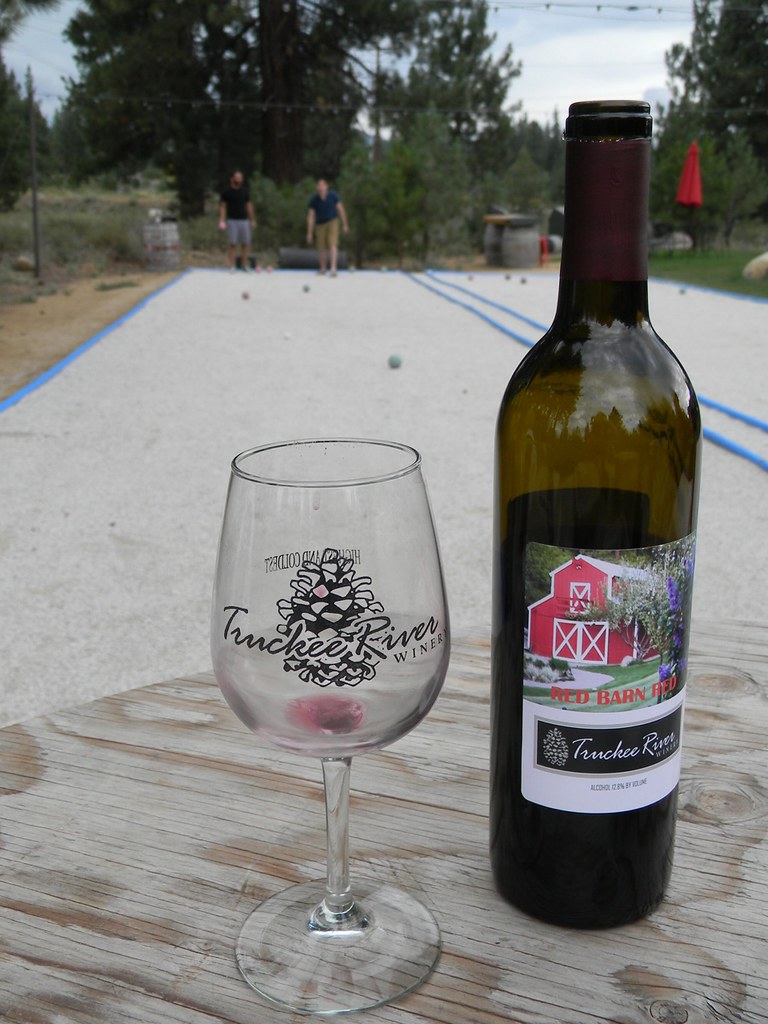 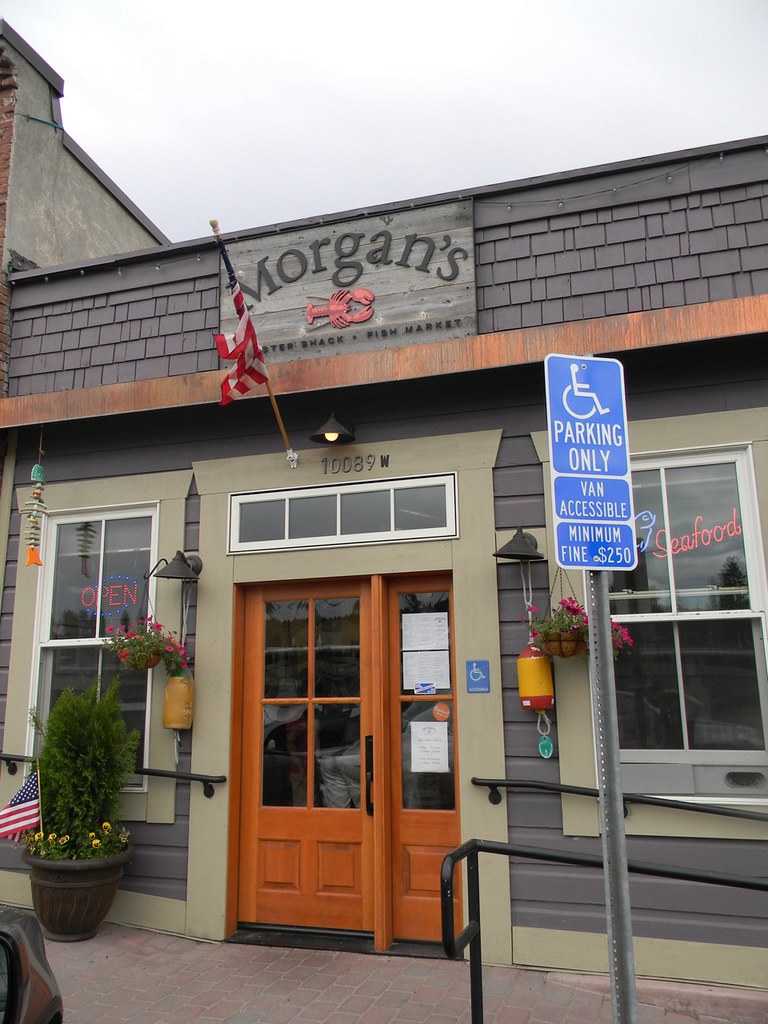 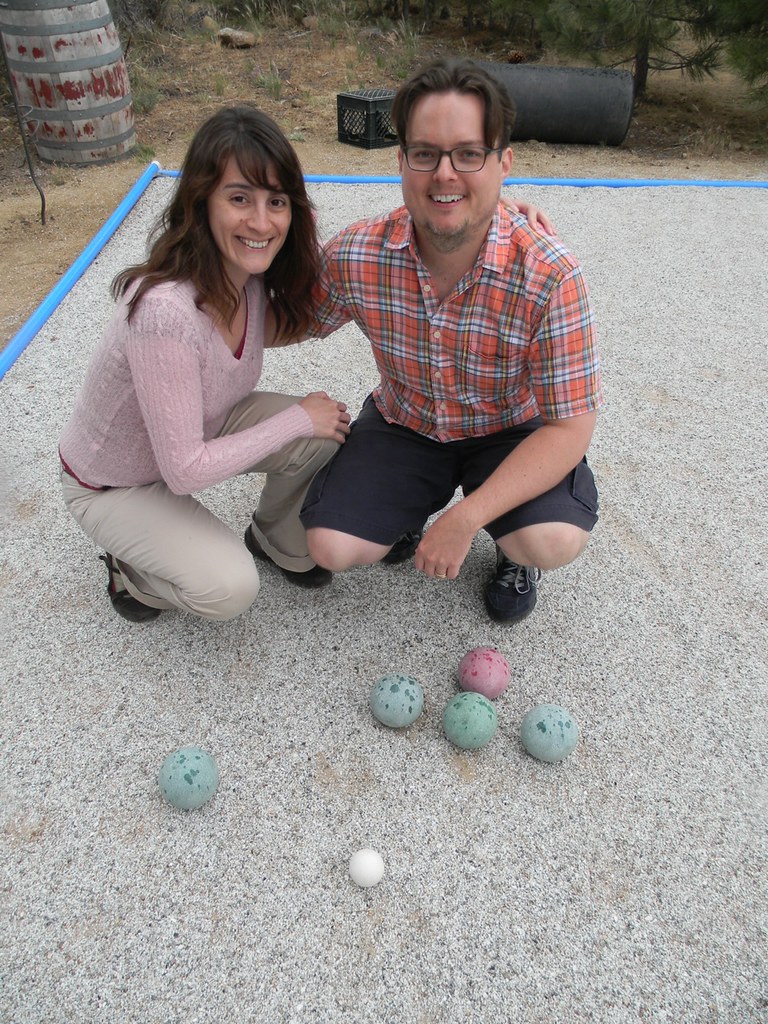 Since we are the Wine and cheese couple, we are always on the look out for new wine experiences. Over the weekend we visited Lake Tahoe for some much needed R & R. While we were there, we found a winery with bocce ball, definitely a place worth checking out.

Truckee River Winery, http://www.truckeeriverwinery.com, has six bocce ball courts and allows guests to bring their own picnic lunch or to use one of the BBQ grills on site. Some friends recommended Morgans, a nearby lobster shack and fish market, to bring along. (http://morganslobstershack.com) After enjoying our seafood picnic of a lobster roll and halibut salad, it was time for some wine and bocce!

There were seven of us in our group so we played a few games before the rain came. Between tosses, I tasted the wine to determine the flavors of the wine. We were drinking their Red Barn Red, a red blend that smelled light but tasted dry with some oak influence and strawberry flavors. Neil found it to be an easy to drink table red. A great wine to sip while you play bocce!

Neil and I were on a team during the last game and won by scoring four points in a single round, guess it was my “Thunderarm.” We had a great time but decided to call it a day so we didn’t get soggy from the rain.

Looking for another wine and bocce experience? Come out to Treasure Island, any weekend, to the tasting room for VIE. (https://www.viewinery.com) Delicious Syrah wines and 2 bocce ball courts right in SF. Not to mention great views of the San Francisco skyline and the Bay Bridge!