Wine Tastings While in and around Yosemite National Park 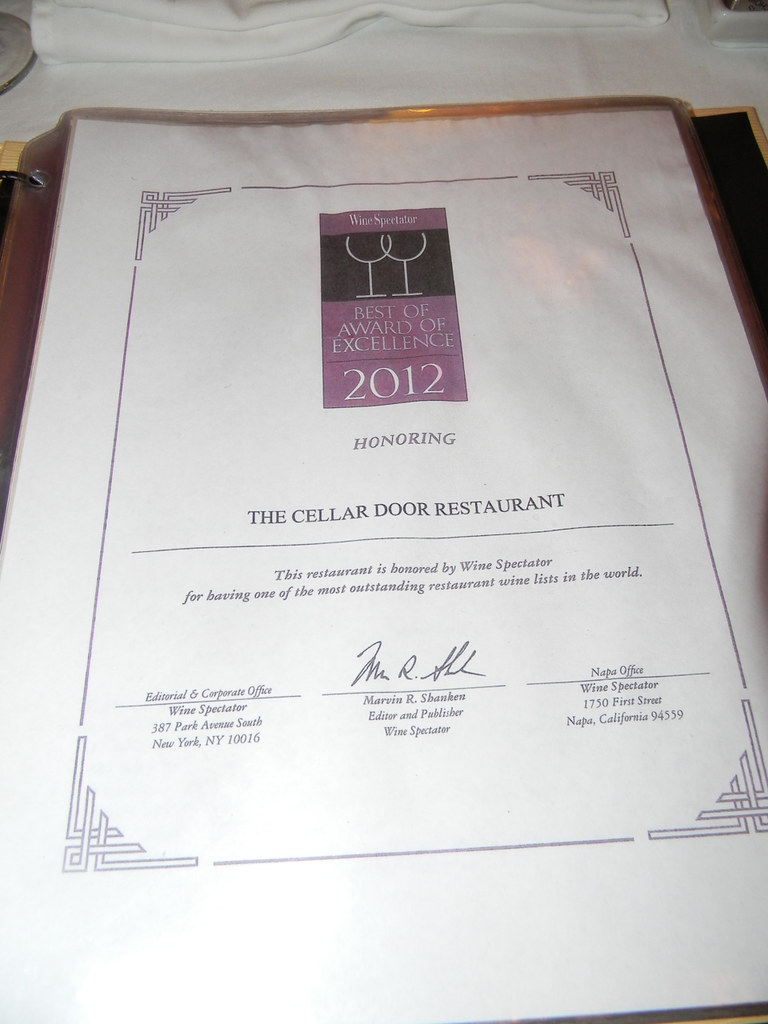 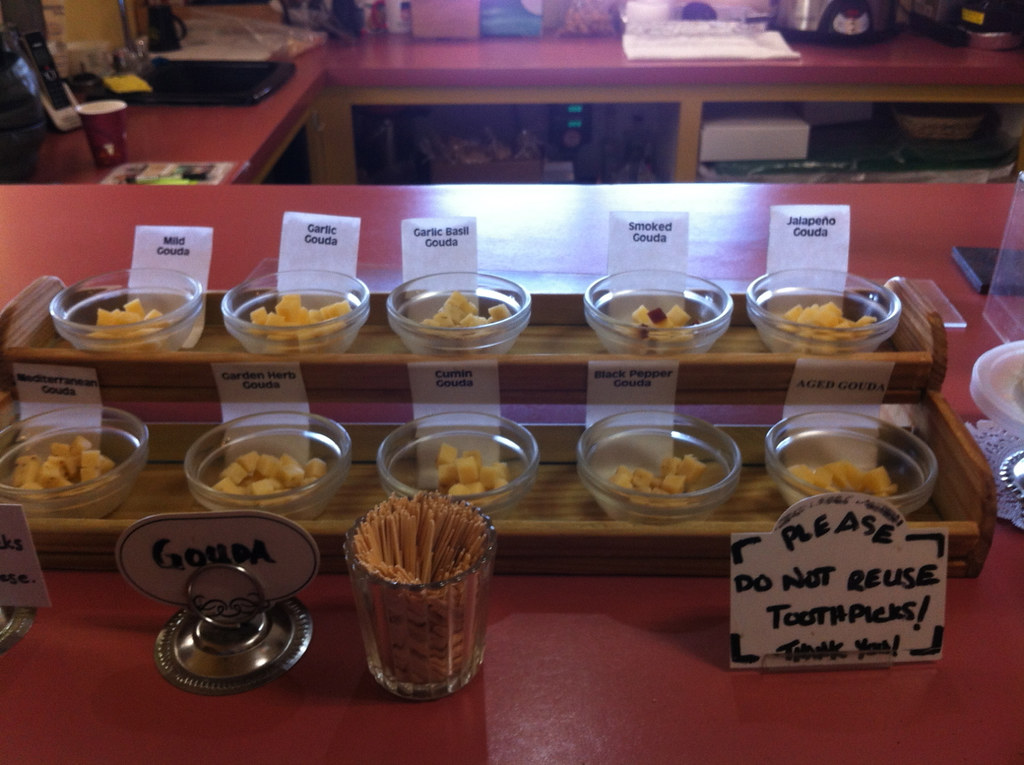 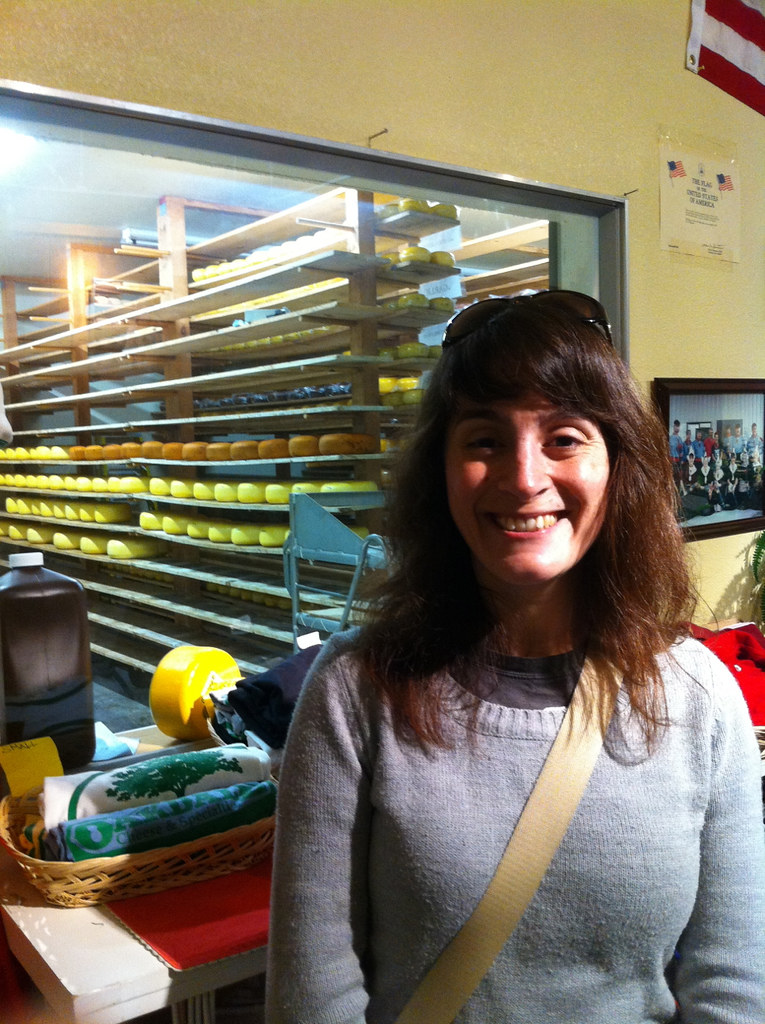 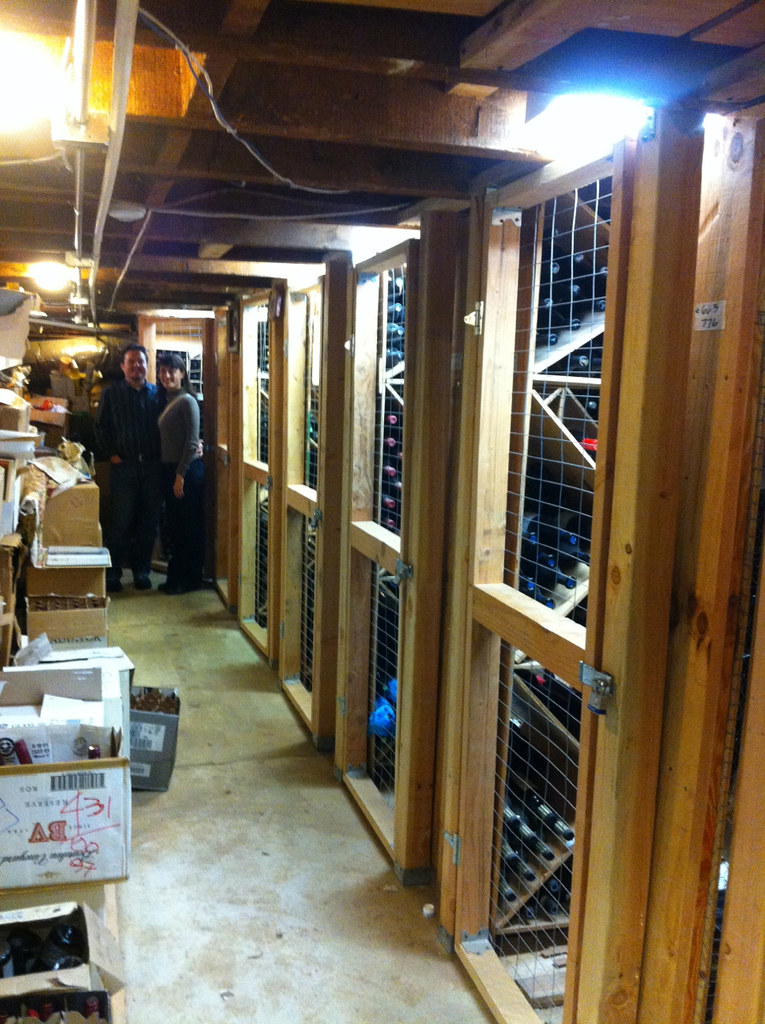 While we were in Yosemite, we were able to have a few WineAndCheese experiences, one on the way to Yosemite and another at the hotel’s restaurant, The Cellar Door.

Before we stopped at Gianelli Vinyards, (http://mferraro73.tumblr.com/post/78294642143/gianelli-vineyards-over-the-weekend-we-made-a) another place caught our eye. There were two interesting signs, one said “Come and see how cheese is made” and the other said “hot grilled Gouda cheese sandwiches.” That was it, we were sold! So we stopped at Oakdale cheese, at least for a quick bite. (http://www.oakdalecheese.com/)

It had a cute specialty shop at the front and a cheese making facility in the back. Unfortunately they don’t make cheese on Saturdays but we could look through the glass and see all the giant wheels of Gouda. Being the ham that I am, I had to pose with the cheese for a photo. We did get to try some cheese while we were there and were amazed by how many different flavors there were. We each tried a few and took some info on where we can get it around San Francisco. Before we left we had to get one of those grilled cheese sandwiches! Delicious! What a fun detour.

During dinner our first night, we figured we’d look at the wine list. It was a daunting task, with over 12 pages of wine but I was up for the challenge. I ordered the ribeye steak for dinner so I went to the red wine section. I was thinking a peppery Zinfandel wine since I’m not really a Cabernet Sauvignon fan. There was a 2010 Rombauer El Dorado County, Sierra foothills Zinfandel that seemed to fit the bill. And oh my goodness was it tasty. Such a lingering finish! We were so impressed that Neil ordered it the next night.

Neil had the crab stuffed lobster tail so he went for a neutral Chardonnay but when he tasted it, there was a buttery flavor. I decided to try the lobster tail the next night but opted for a Cotes du Rhone white wine instead. From what I know about Rhone blends I expected it to be kind of creamy and buttery, but it was more crisp.

Guess we had a harder time choosing the white wine that we wanted, off the list, than the red. It was definitely fun seeing all those wines on the menu, I actually held onto it through dinner so I could flip through it some more.

Inside the cover of the wine list was a rating from Wine Spectator, “One of the most outstanding restaurant wine lists. ” We spoke with our server after the second night’s dinner about the wine cellar. She said we were welcome to visit it when we finished our meal. We gladly accepted that invitation. We saw how it was all organized by bin number and up against a stone wall to keep it cool. I’m happy we chose to ask about it. What a fun night of wine!