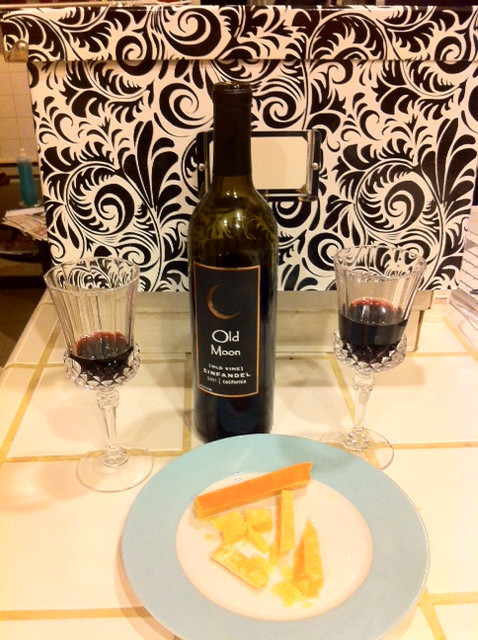 This week we deviated from our guide a bit. We had a bottle of Zinfandel that we had purchased to have with dinner during the week so we looked online to see what cheeses would compliment it.

Maria went to our local cheese shop (www.salumeria.com) in search of a Gouda or Asiago cheese. What she found were many local cheeses but neither of the ones she had set out for. The clerk suggested a cheese simply called Classico which is made in Oregon.

Usually we have our wine and cheese pairings as an appetizer but we decided to have it after dinner this week. Neil said “Mmmmmmm” upon his first taste and found it to be not as spicy as other zin’s he’s had; also noticing a distinct grape flavor. Maria tasted definite spice on the tongue and a similar scent to the past few weeks wines but it is still hard to identify.

The flavors after the cheese were contradictory for us this week, Neil felt the spice seemed to go away but the wine’s spiciness increased for Maria.

It was fun to try another new goats milk cheese this week. Maria has always enjoyed cheese and recently wondered why she never did wine and cheese pairings before. This cheese had a little bit of a chalky and crunchy taste to it and was very enjoyable.

Since we’ve been doing many red wine pairings the one next week will switch back to white.