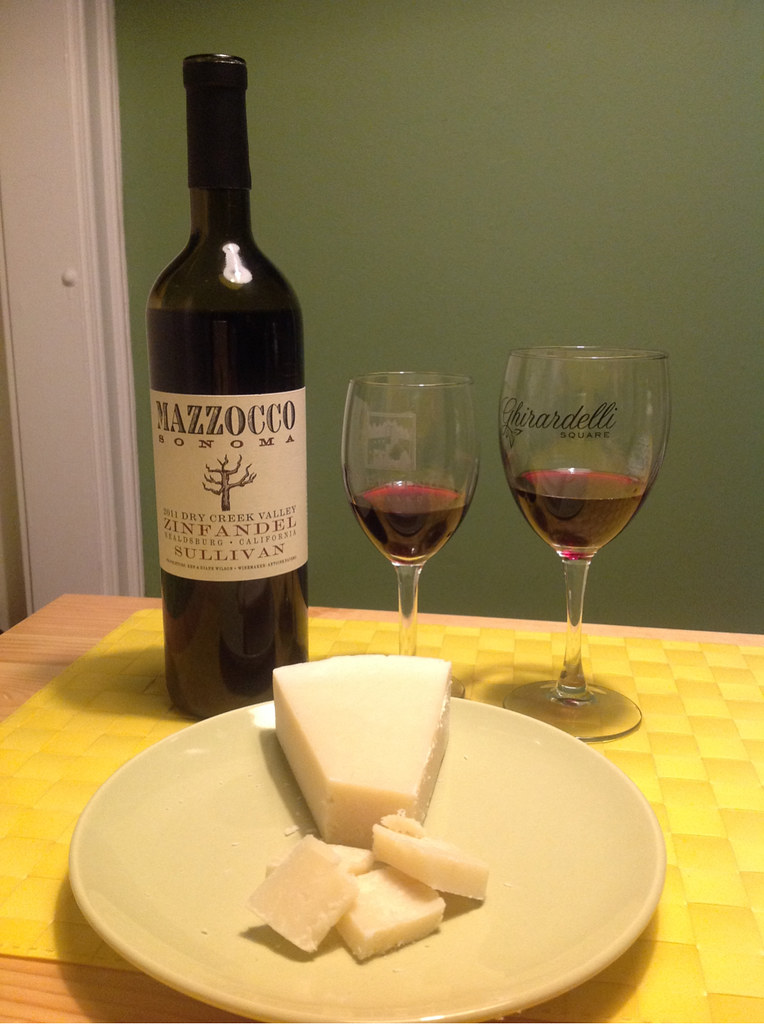 We tried this Zinfandel during the wine tastings and were anxious to really get to analyze it. I noticed berry and deep spice aromas. Neil identified fruit scents such as berries and plum and picked up an earthiness that he described as green plants in the vineyard. When we tasted the wine I found spice, pepper, and blackberries and felt it lingered nicely. Neil said it was sweet and earthy with a good throat spice. It was complex and good.

Since we have tried so many cheeses during our Wine And Cheese Friday, lets see if this is still a favorite? I thought the Pecorino was dry, crunchy, salty, and little tangy/funky. It’s definitely a good cheese! Neil agreed about the texture and called it nutty.

The salesperson, during the original pairing, warned me that Pecorino Romano is very salty. It was salty during the pairing but pleasant. Strangely enough, I tried it again a few days later in an antipasti dish and it was a little overpowering. I guess I prefer this cheese with wine.