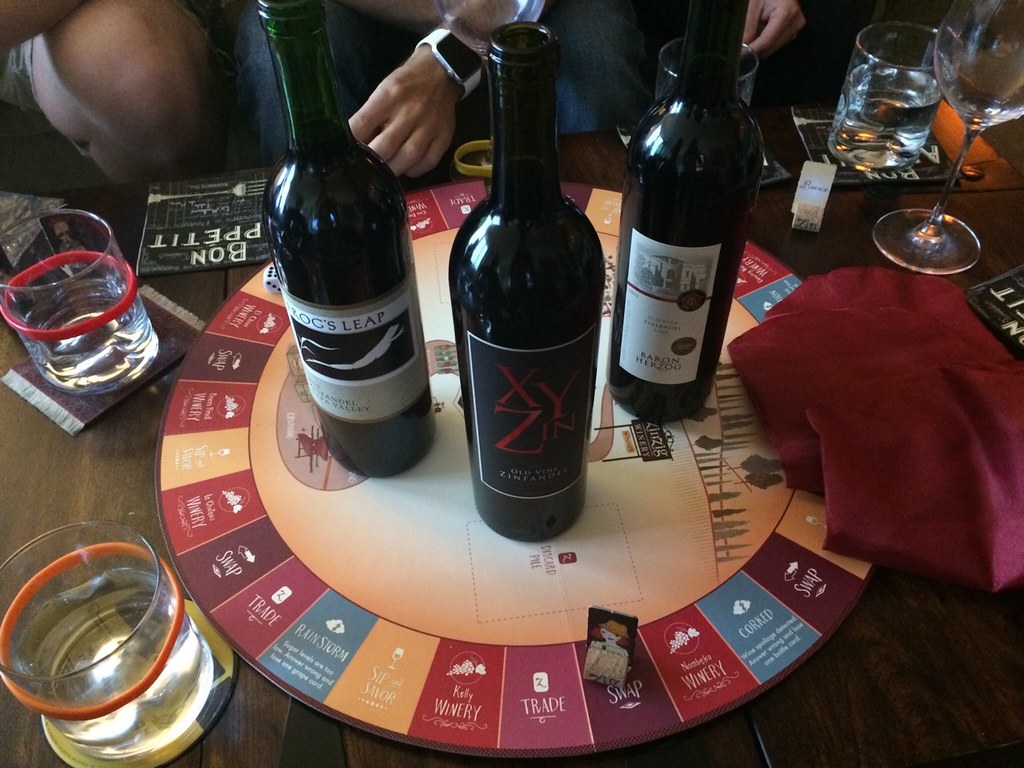 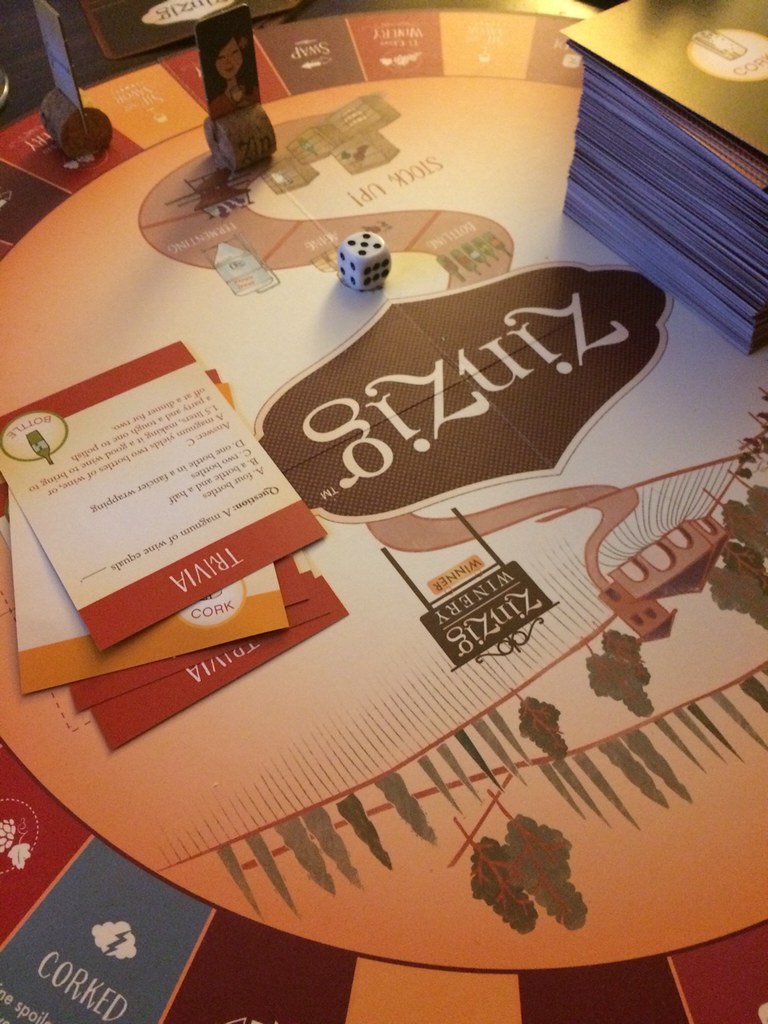 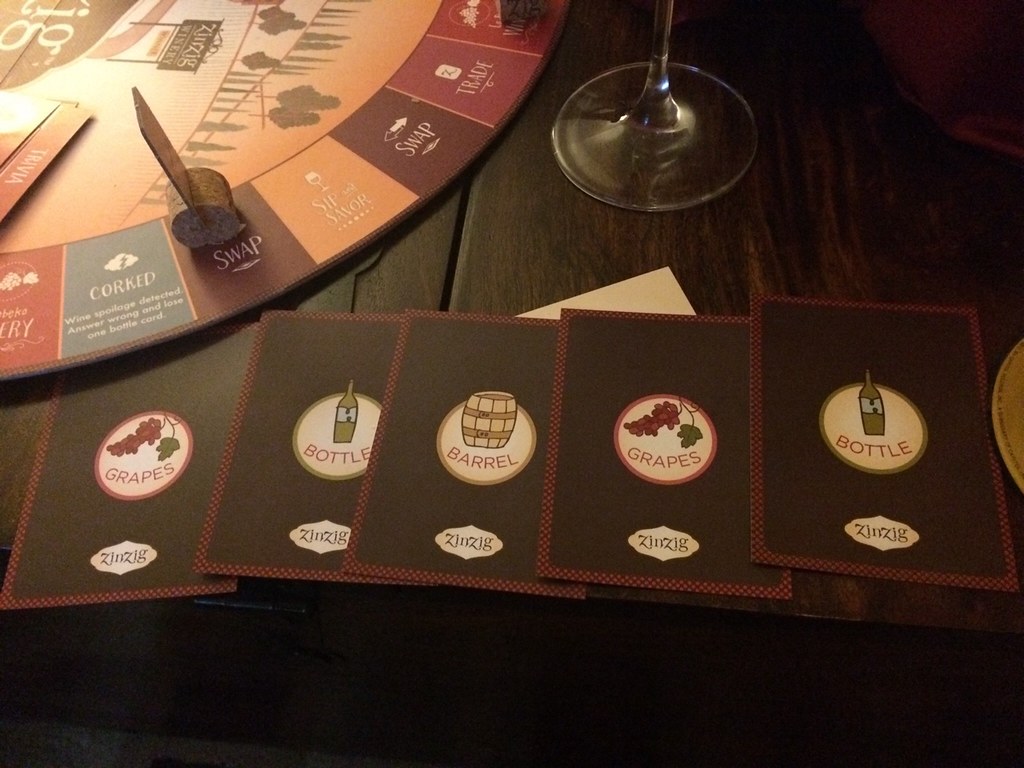 We played Zinzig about a year ago (http://mferraro73.tumblr.com/post/90778737878/zinzig-and-gjetost-neil-and-i-were-invited-to ) and couldn’t wait to have a rematch! The funny thing is that we really didn’t remember how to play. After another look at the rules, we were off. This time for an added challenge we all chose to bring a Zinfandel wine.

In order to get familiar with the wines, everyone is allowed to taste them before they are put into the “blind tasting bags”. We all thought we had come up with differences in each wine so we could later identify them. As you may imagine, there are blind wine tastings as well as lots of wine trivia in this game.

The goal is to earn a card from each trivia category then move onto the final round and win four more cards. One of the spaces is called “sip and savor” which added a surprising level to the game because you just take the card for that category, without answering the question. Quite a few people earned cards in this way.

As we played, we remembered about half way in, that last time we all did the blind tastings together. No wonder we drank so much wine last time. The funny thing was that during the actual blind tastings that did occur, only 2 out of the three wines ever came out and they kept being mixed up!

Being the wine nerd that I am, I was so excited to learn from the wine trivia cards. Some fun terms that I learned were Brawny referring to a tannic wine, Dumb-having no aroma, Numb-a wine that never develops an aroma, and Fruit Bomb referring to a “jammy” wine. Answering the wine trivia was lots of fun and by the end, I had earned like 6 cards, but I never had one from each category. One of the categories includes questions more about pop culture related to wine, such as Who is the famous rapper that owns this label. Pretty cool to find out that kind of trivia too!

It was the same 6 people that played last time and although it was close, we had a new winner, Jess. Congrats Jess! I’m sure we won’t wait a year to play again but we should probably write down our house rules so we remember them next time.
———————————–

I even learned something for future WineAndCheeseFridays, the question asked