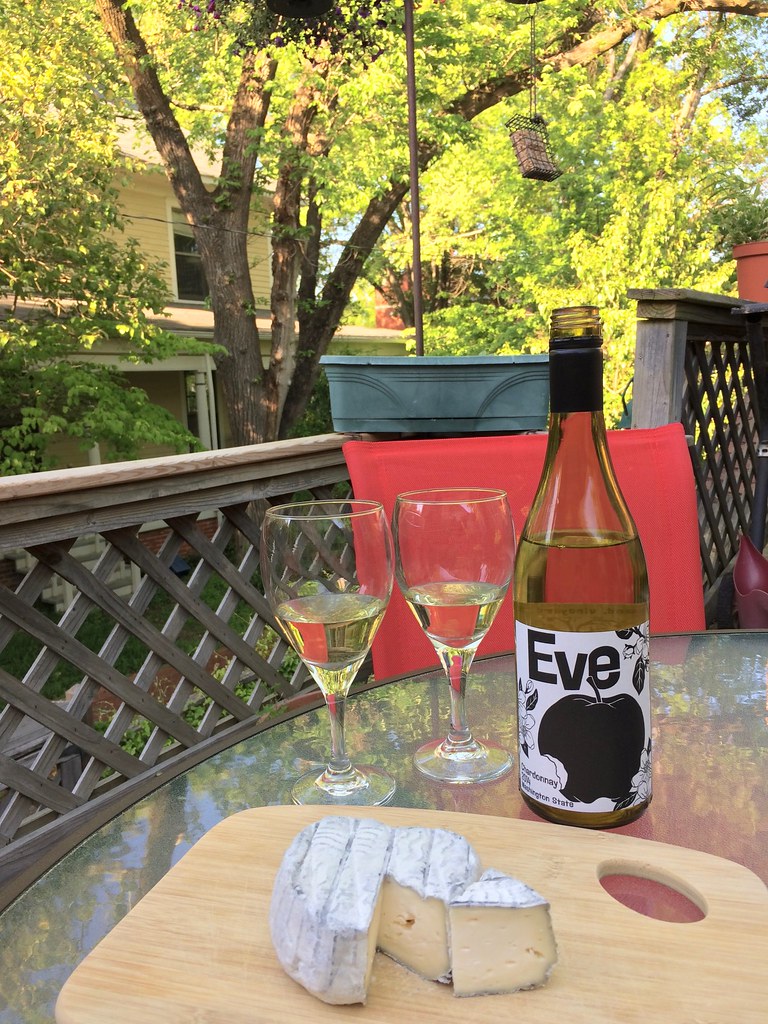 This next Chardon-May entry features the Eve Chardonnay from Charles Smith Wines. Charles Smith Wines is a brand from Washington that features funky black and white label designs. We’ve tried a handful of their wines but this will be our first time with their Chardonnay. Come to think of it, this might be our first time trying a Washington Chardonnay too.* The cheese we’ll be tasting for this entry is from North Carolina, and yup, you guessed it, it’s another one from the Durham Farmer’s Market. We really lucked out with the selection of cheeses available there. We hope you enjoy the second Chardon-May pairing of Eve Chardonnay and Rocket’s Robiola.

Our task for Chardon-May is to try a variety of Chardonnays from all over the world. Let’s see how this Washington Chardonnay differs from the others we’ve tasted. The first thing I noticed, while looking for aromas, was all the fruit coming out of the glass. There was apple, pear and perfume aromas. Neil also identified light floral scents and an apple aroma. As I tasted the wine, it was tart, then sweet with apple and spice. Neil described it as oaky and round with apple and pear. He found this to be a light Chardonnay. I enjoyed sitting and sipping this Chardonnay on it’s own. As a point of comparison to our other wines this month, I wanted to make note that this Chardonnay didn’t have any butter. 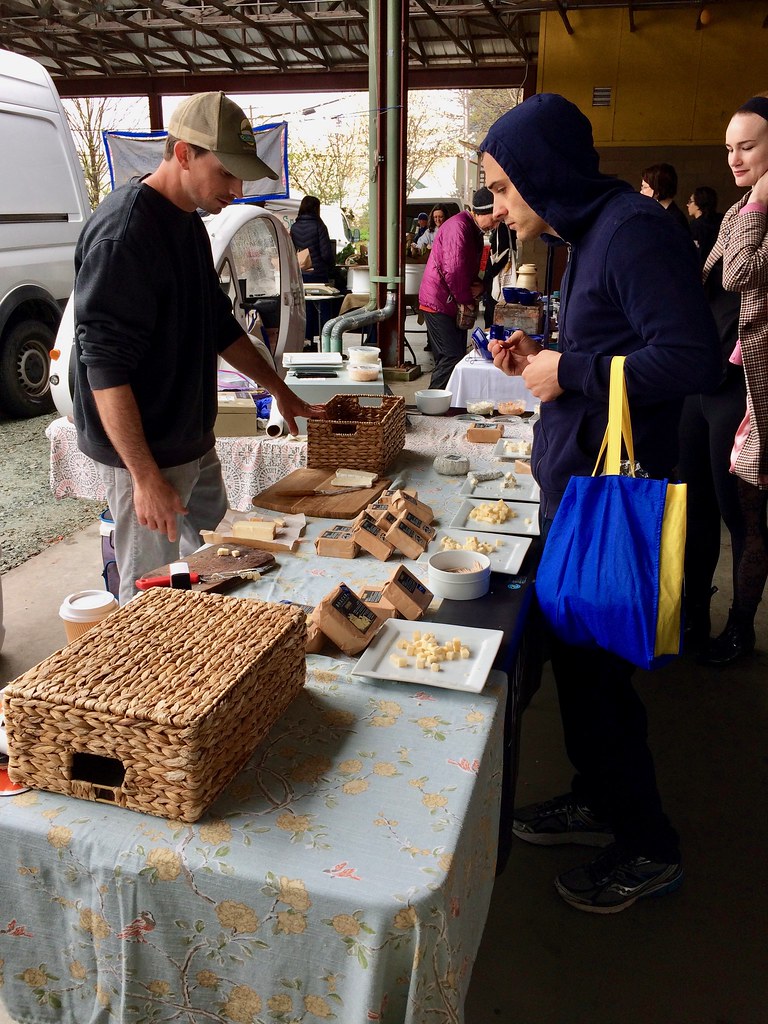 We already told you this cheese is from the Durham Farmer’s Market but here’s a little more information. Boxcarr Handmade Cheese, produces this cheese and we had a great time talking to Austin when we purchased it. He said the Rocket’s Robiola is always one of their popular cheeses, so popular that some people end up eating it before it’s really aged enough to show the different layers in the cheese. In order to get the full experience of this cheese, he suggested we wait 3 weeks before tasting this cheese. You can imagine how much of a challenge that was every time we opened the fridge. Our three weeks were finally up and we were ready to taste it on our first night in our new apartment. 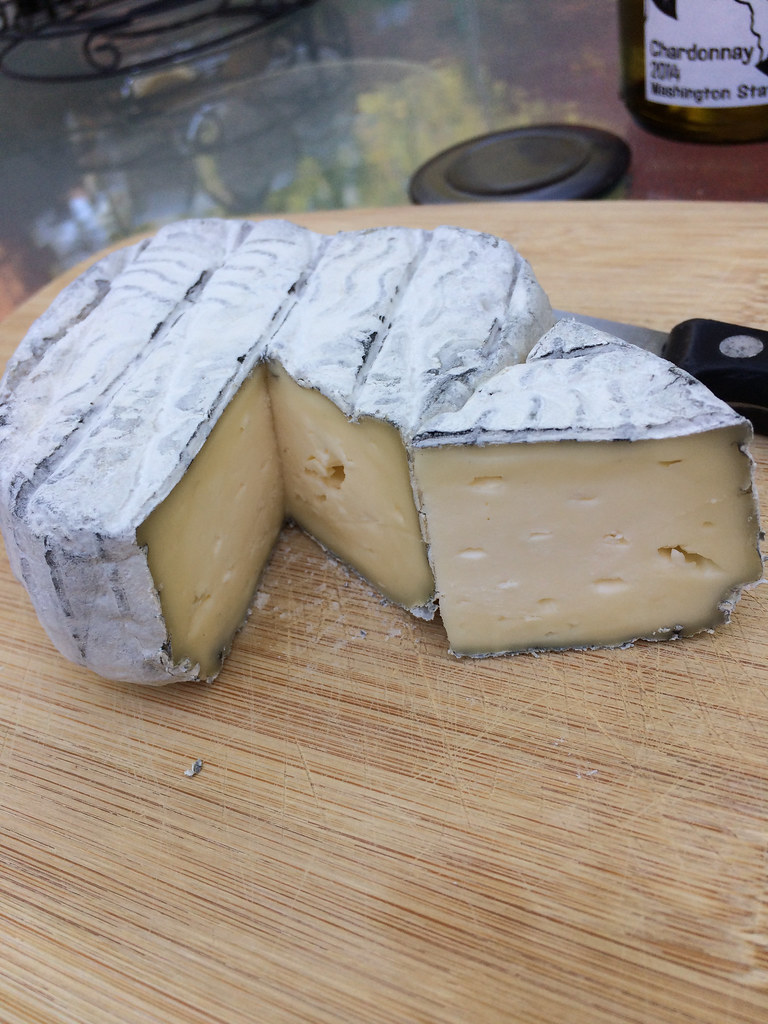 As Neil sniffed the cheese, he picked up a good little funk aroma, as well as, milk and ash. In addition to those aromas, I also smelled butter. The texture of the cheese was soft and creamy. We noticed flavors of ash, milk, a little funk, and not a lot of salt. This cheese tasted really fresh and reminded me of a chèvre but it’s made of cow’s milk not goat’s milk. We both really liked this cheese and I declared it my favorite North Carolina cheese so far. A few days later I had it straight from the fridge, without letting it warm up, and there was still a freshness and funk, yum!

During the pairing of Eve Chardonnay and Rocket’s Robiola, the wine smelled more like perfume and there was more spice in the flavor but still apple too. I could smell salt in the cheese and it tasted more milky. I think the cheese was more flavorful in the pairing. Neil identified spice in the wine and found it to become more tart. The cheese seemed creamier, like a goat cheese, and it was tangier. Then when he tasted the wine again, there was a spike of funky milk flavor. He preferred keeping the wine and cheese separate instead of pairing them.

When I tried the wine again the next day, the flavors seemed less noticeable and it didn’t really pair well with dinner. I really liked the spice on the first night and I wished it had carried through. I could also feel the 13.5% alcohol, which was pretty unexpected. Then I tried it again later in the week, and it tasted better but I had it without food that time. I guess it’s a better wine to have by itself. Check back next Friday as Chardonnay-May continues! 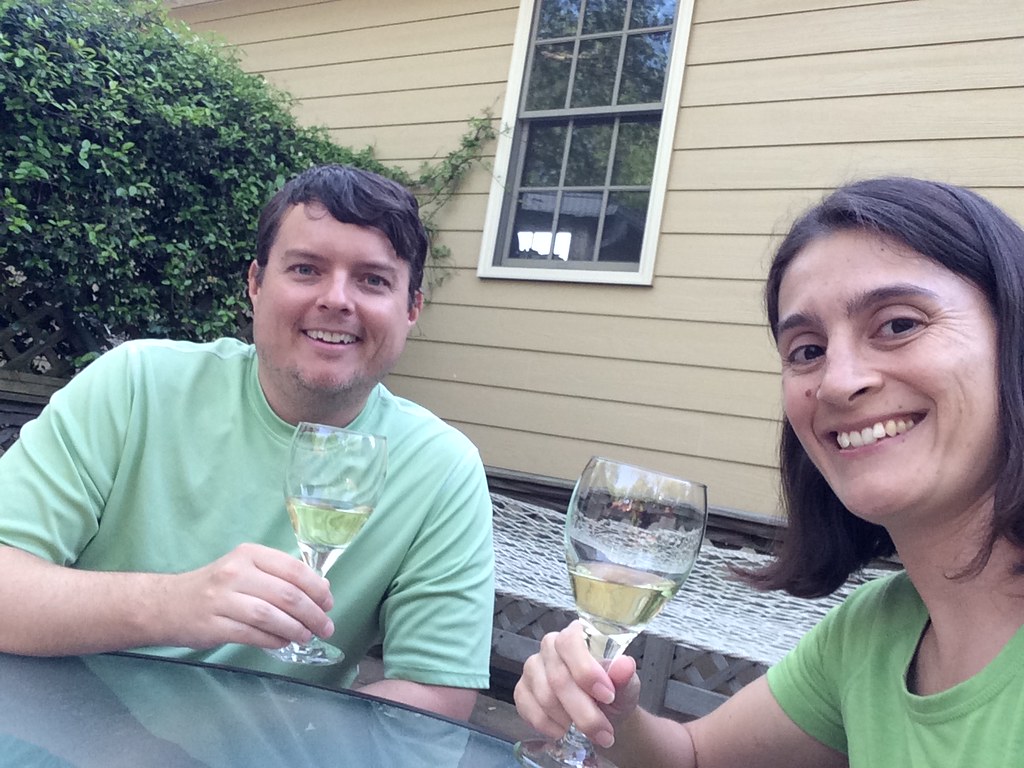