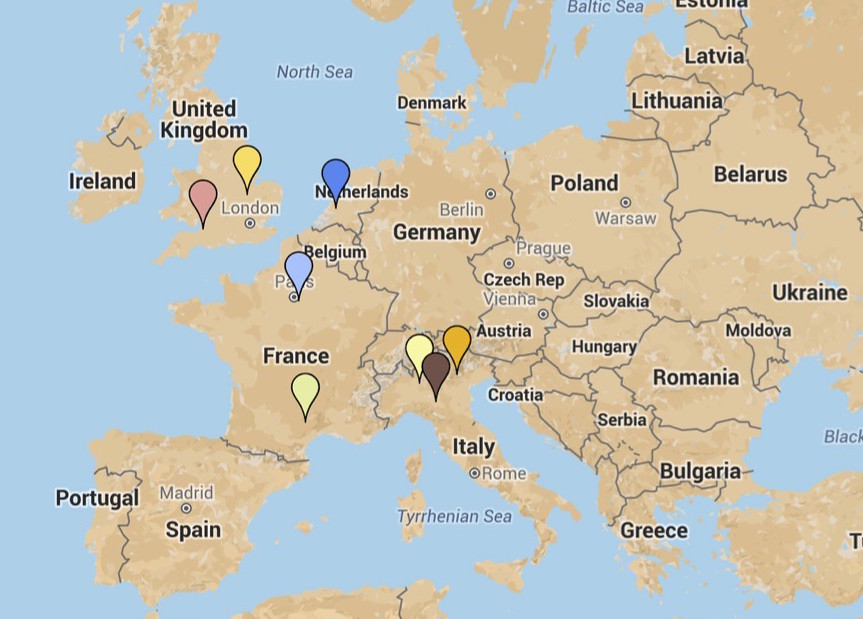 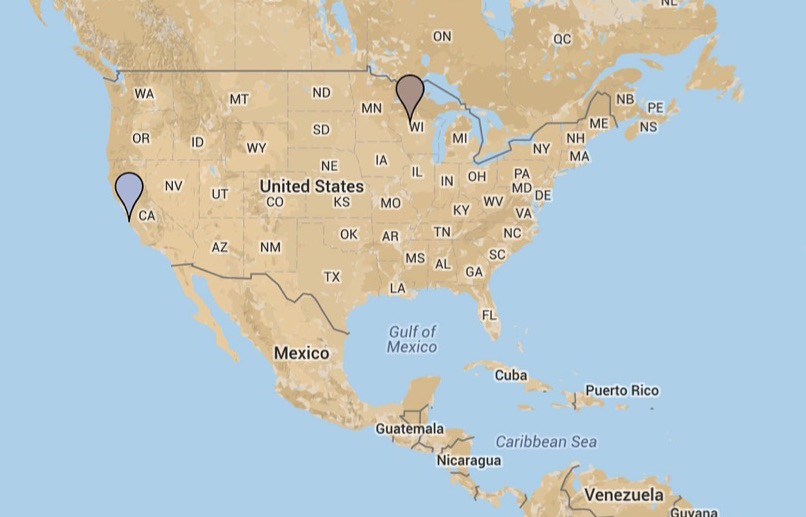 After learning last week that Gouda cheese is named after the town of Gouda where it was originally traded, we decided to continue down the same path and find out what other cheeses are named after the places where they originated.

Not only did we find a number of cheeses we were familiar with, but also we found some funny stories related to a few of them. In order to see these towns and be able to really visualize them, we created a Google Map for you to follow along, https://www.google.com/maps/d/edit?mid=12c40l5VFVTCeKL0w7iw_E7w5iZE&usp=sharing

Parmigiana refers to items of or from the province of Parma, Italy. Parmesan has the same meaning but using the French language. Parmigiano Reggiano is defined by the same region of Italy, but more specifically Parma and Reggio.

Gorgonzola cheese is one with a fun story. Italian cattle herds, like many cattle, would move around into different pastures depending on the season. These cows would sometimes get tired and stop to rest during their journey near the town of Gorgonzola, a major center for trade.

Brie, one of the best-known soft cheeses, was originally manufactured in the province of Brie, just outside of Paris, France. Now people all of the world make this delicious cheese that goes great with white wine!

Cheddar has a number of meanings but it first referred to the English village of Cheddar, located in Somerset, after the caves or gorges where the cheese was stored. Today it also is a method used during the the cheese making process, in which curds are cut and stacked. If you would like to see this “cheddaring method” check out this link, https://milksleap.wordpress.com/2011/02/24/cheddar-ched-er-verb/.

Gouda, as we learned last week, was originally traded near the city of Gouda, Netherlands. Read all about this cheese that can be made of cow, goat or sheep’s milk in our previous WineAndCheeseFriday entry, https://wineandcheesefriday.com/what-is-gouda-cheese/.

Stilton cheese has gone through some changes throughout history. When it was first made in the 1600’s it was a cream cheese sold in and around the village of Stilton, England. In the 1700’s it was described as a cylindrical semi-aged cheese in an article by John Lawrence. Shortly after this article, Stilton became a trading post. In recent years, another article, http://www.dailymail.co.uk/news/article-2472681/Village-Stilton-BANNED-making-cheese-bears-officials-refuse-bend-EU-rules.html#ixzz459Z5qOjl , came out stating that Stilton cheese did not originate in Stilton but rather in another part of the United Kingdom called Melton Mowbray. From this point on, Stilton became a protected name and the EU no longer allowed the village of Stilton to produce this cheese. What a story about this tasty cheese!

Roquefort, the second blue cheese listed, is another one that received it’s name from where the cheese was aged. These caves were found in Mount Combalou near the French commune of Roquefort-sur Soulzon.

Asiago, our final European cheese, is similar to Parmigiana in texture, as well as origin. This northern Italian cheese comes from the Asiago high plateau, located in the Italian Alps.

Monterey Jack originated in the USA. After my research, it was much more exciting than the origin of “American Cheese” but who wants to learn about that cheese! I should have realized that the first half of the name, Monterey, was a city in CA since I’ve visited it. The Franciscan friars that lived there in the 1800’s made a mild white cheese that they called “queso blanco pais” or country peasant white cheese. It was later named after the city where they made it. The “Jack” portion of the name has some controversy over how it came to be. There is a disagreement over if it was regarding a person who promoted it vs. the tool used to make it. I’ll leave it up to you to read about it and decide, http://www.todayifoundout.com/index.php/2014/08/monterey-jack-invent-cheese/ and http://www.mchsmuseum.com/cheese.html

Colby cheese, the last cheese on our list, was also created in the US. The cheesemaker Joseph Steinwand slightly changed his cheesemaking process for cheddar and came up with a new milder flavor cheese. He named this cheese after the nearby town of Colby, WI.

Now that you’ve learned all these cheese facts, are you wondering about wines named after the places they originated? As a general rule of thumb, Old World wines use the name of the region where the wine was made because the wine makers believed that the terroir contributed more to the flavor of the wine than the actual grapes used. We’ll talk more about this in a future WineAndCheeseFriday entry. One last thought though, in Italy, both Barolo and Barbaresco, use only Nebbiolo grapes to create their wines. Definitely more to research before we take on that topic! 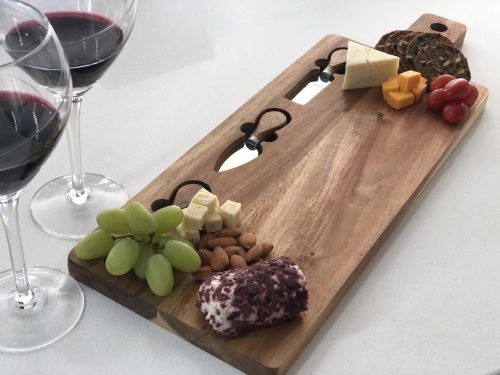 Does all this talk about different types of cheese make you hungry? Display your next collection of cheeses on this cheese board from our partner Etsy. Purchase yours here Etsy (US)