“The Rest of our Wine in Costa Rica” 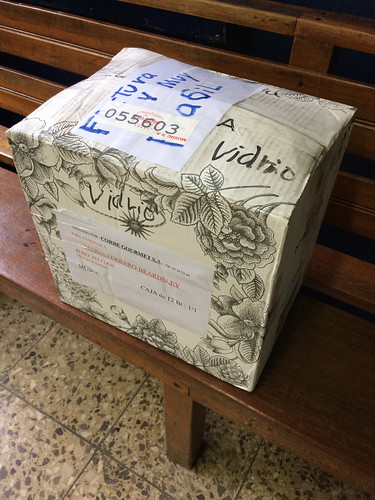 Towards the end of our Costa Rica trip, we found ourselves with a whole bunch of wine remaining from that case we had ordered from San Jose! There were a couple that had been earmarked for wine and cheese pairing research and another one that we just wanted to taste. And even two that we didn’t get to but ended up leaving as a Thank You gift for our caretakers. This pairing will kind be a catch all with wine, cheese, multiple dinners and even a little popcorn. We present to you “The Rest of our Wine in Costa Rica.” 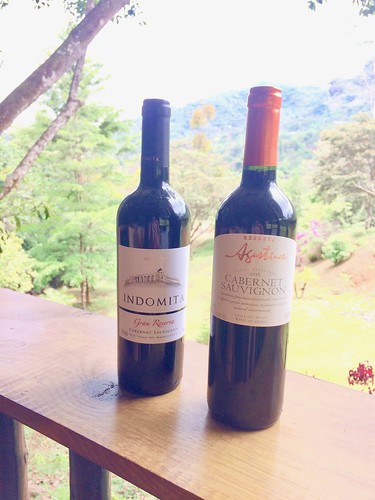 Lets begin with the two we didn’t drink. They were both Cabernet Sauvignon from Chile. I chose two different brands but ordered the reserve level from both to see if I enjoyed an upper level Cabernet Sauvignon better than the lower level ones I’ve tried in the past. I was pretty interested in tasting these but we just ran out of time. We decided to give them to our caretakers as a Thank You gift. I figured it was better to give them away sealed than with a “taste” gone from each. I wonder how they enjoyed them?

The next two were for a Wine and Cheese Event that we were tentatively planning. Unfortunately the event didn’t pan out for this trip but could still happen when we are in Costa Rica again. We figured we should still taste the cheese with both the Peruvian Blanco de Blancos and Chilean Carmenere and see if we had a preference for the better pairing. 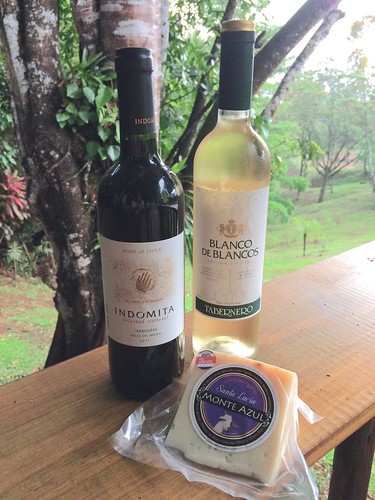 This would be the second white blend we’d be trying from Peru but we’d heard good things about this one so here goes. Upon first taste I noticed sweet petrol aromas and a tart, acidic flavor. Neil found it to be mineral and clean with tart, round and honey flavors. I tried it a little later and it had improved for my tastes. The aroma changed to pineapple, there was a mineral flavor and then a pineapple finish. Are you curious about our first white blend from Peru, read about it here?

Neil and I really enjoy Carmenere so we were excited to try this one out! It’s probably our favorite red that we can find in Costa Rica. As I swirled the wine, there were quite a few aromas including red berries-raspberry, cherry cola, and then earth. Neil said “Whoa!” when he smelled the wine, it smelled so good! He picked out quite a few aromas too: spice, black cherry and grapes. The body was on the lighter side but there were still flavors of earth and spice. Neil tasted the same notes he had smelled. After a bit, this one had flavors that evolved into chocolate.

I’d say both of these wines were off to a good start but which would be better with the Santa Lucia cheese by Monte Azul? Let’s find out the flavor profile of the cheese to decide. We both called it a “salty cheese” but it had a nice dry texture and a milky flavor too. Although we didn’t have much to say about it, we really liked it!

When we paired the Taberno Blanco de Blancos with the cheese, I thought the wine smelled like a birthday candle as well as being tart, but the flavor did change to apple. The cheese lightened a little bit but was also flavorful. Neil felt the wine changed into tropical fruit flavors but it was tart for him too. He didn’t notice any changes in the cheese. The pairing of Carmenere with Santa Lucia created graphite, and tart flavors in the wine which also lightened up a bit. The cheese was dry but maybe had more flavor. Neil thought the wine became more like cherry cola with spice. The cheese became more milky.

We had a hard time choosing which was a better pairing. At first Neil thought the white would be better but then once he did the red pairing, he voted for Red! I liked the white pairing the second time around but was intrigued by the way the red wine changed. It does seem that the cheese gets more flavorful and both wines changed so the cheese is definitely in. Since there’s no event, we really don’t need to decide so maybe we’ll just taste them all again the next time? 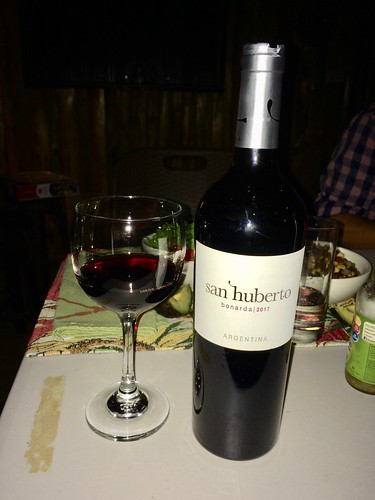 A couple days later we still had both the open wines, the cheese and a final bottle to open. We had kind of a free-for-all that final night. There were leftover foods to eat too so Neil and I chose different things for dinner. Before all that though, I tasted the Bonarda from San Huberto. There were aromas of spice, dark fruit-blueberry, and earth. The texture was smooth and light and included flavors of dark fruit-prunes and raisins. It smelled really good, maybe Bordeaux-ish? The wine changed to red fruit aromas, and my second sips were very flavorful with Earth and a black pepper finish. Once I was done with these notes, we commenced with dinner, cheese and popcorn. 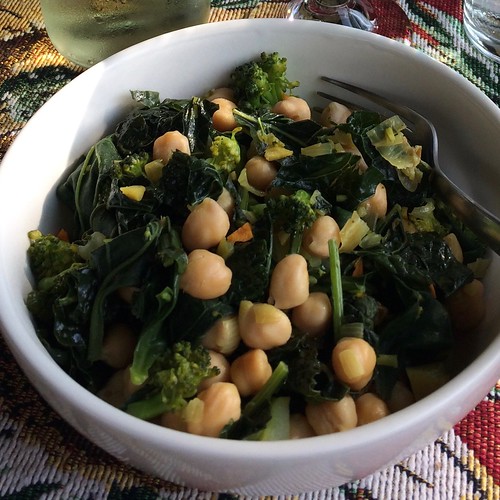 We began by pairing our dinners with the white blend from Peru. Neil would be eating a bowl of cooked vegetables that included kale, spinach, garlic, garbanzo beans, and broccoli. Love all the vitamins in that meal! He enjoyed how the tropical wine paired with all those veggies. I ate lentils with broccoli, cauliflower, tomatoes and carrots mixed in. There wasn’t much change in the wine’s pineapple flavors when paired with my meal. 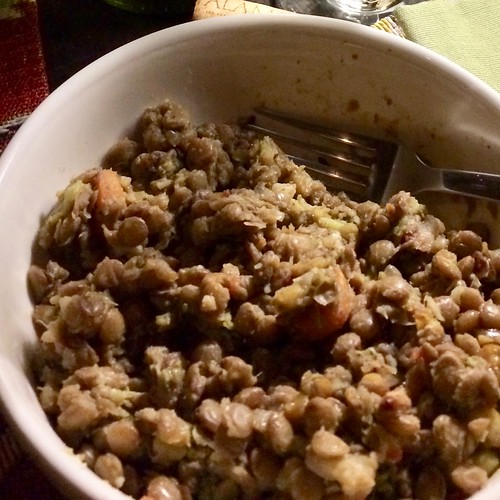 Our vegetarian meals were good but Neil thought we should have some popcorn for a snack. I put some pepper on the popcorn and then paired it with the Bonarda wine. Juicy red fruits leapt from the wine. Then I grabbed a piece of cheese and the red wine tasted like honey. The wine smelled like blueberry and tasted like spice when I tried it again later. Neil liked the Bonarda and found it to be a “big wine!”

The Carmenere was still waiting for its turn. Neil tried it with the cheese and he could taste maraschino cherries. He thought the wine really changed in the pairing and thought it was a good match. I don’t know if it was because I had lentils for dinner but when I tasted the Carmenere again, it was no longer the berry, spice and earth wine from a few days before. Now I could smell grass, spinach, vegetables and basil. The flavor wasn’t berry any more either, there were some veggies and it was full-flavored. Then when Neil took a sip of the red wine, he identified the aroma of a sea breeze. This all seems a bit strange for this grape, but that’s why it’s so fun to taste wines multiple times throughout the week!

We hope you enjoyed reading our wine free-for-all entry. I think these are all wines we’d like to try again next year. We’ll have to pick up some bottles at the beginning of our time so we can savor them and track the evolution of flavors. We’ll also be getting more of that cheese when we return! It was so good!