Wine and Handmade Cheese on the Train 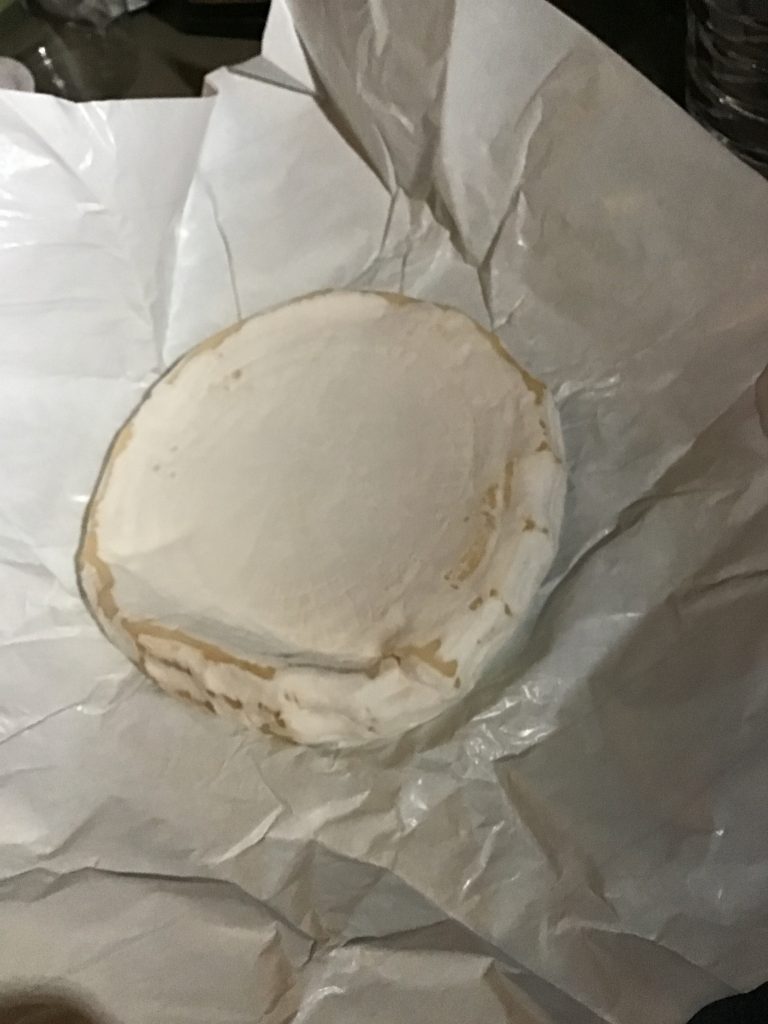 Well I promised you a cheese adventure so here goes!

We left Longmont, CO with our cheese in hand on the morning of September 30. We’d be riding the Amtrak train all day (11 hours) heading to Grand Junction, CO so we put our camembert into a lunch bag with some ice. We had already declared it ready to eat but our last few days were a bit hectic so we didn’t get around to eating it.

We could have eaten the cheese during our time in Grand Junction but we found a restaurant called The Winery and decided to head there instead of opening up our happy little cheese. The trip to Grand Junction was really just a pit stop so we put our cheese back into the lunch bag with more ice and hit the road again. 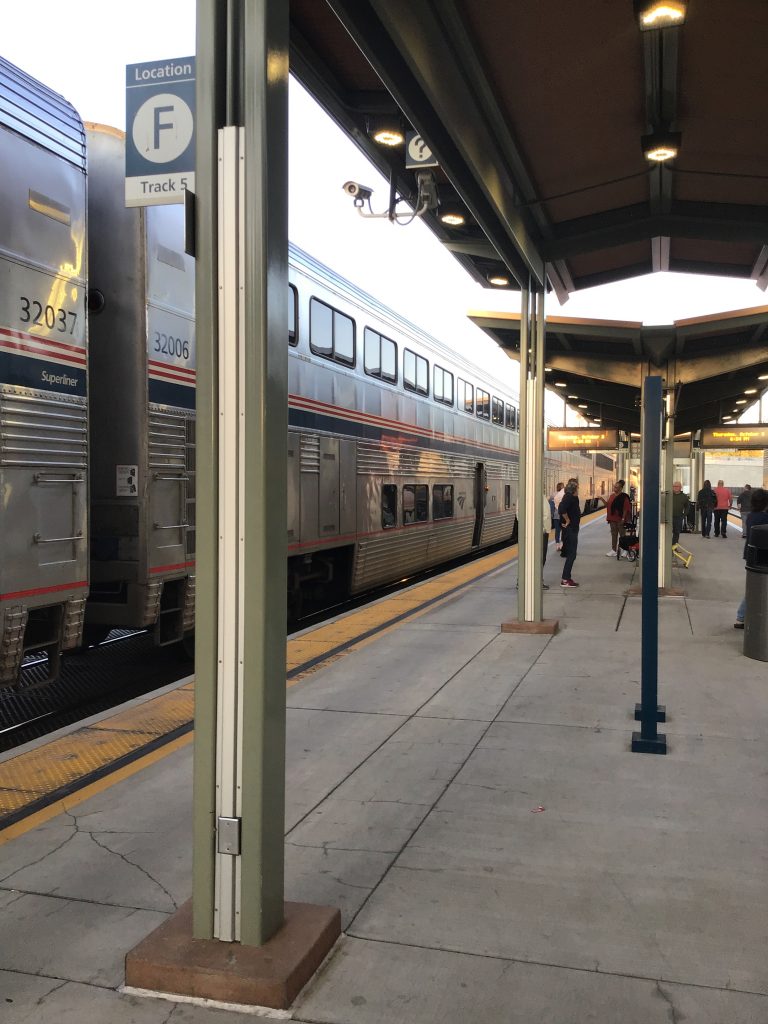 Our train got delayed so we had the cheese waiting all day in the lunch bag with half melted ice. I was definitely getting nervous that after all my hard work the cheese might spoil in its final hours. Finally our train arrived at 9pm! After a few minutes of getting acquainted and settled into our sleeper car, we decided it was time for some wine and cheese! 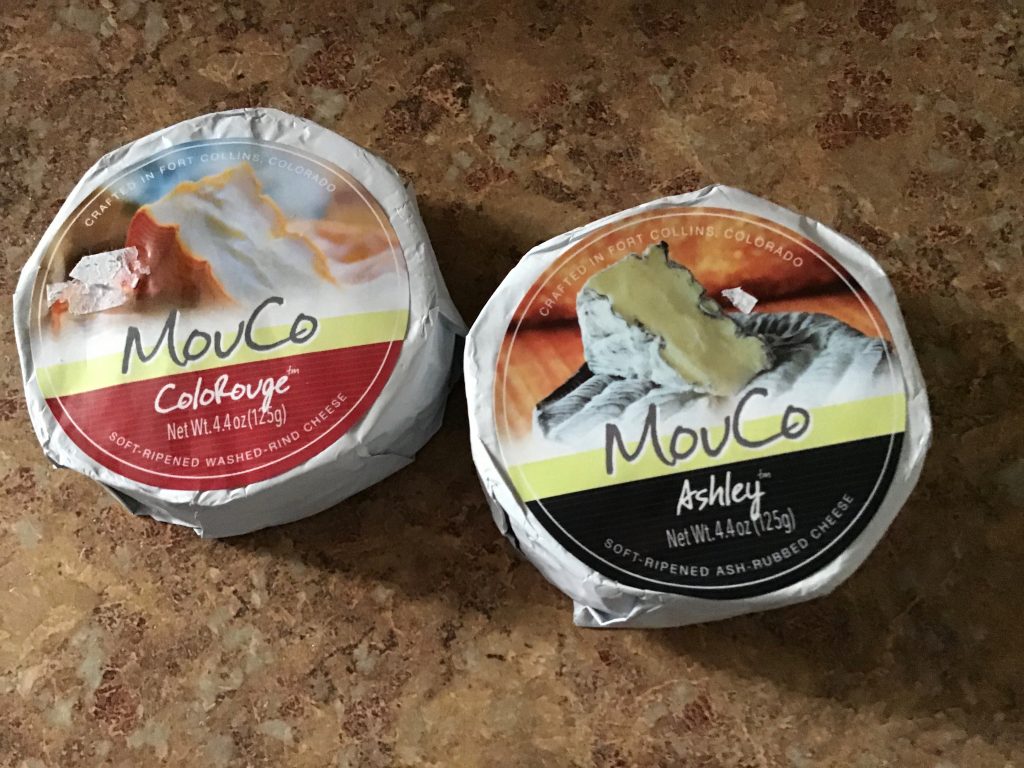 The previous weekend we had received some other soft cheeses made in Colorado, https://www.mouco.com, so we’ll be tasting these alongside our handmade camembert. We had found two “portable” wines in Grand Junction, one in a box and the other in a can. Both seemed like a great way to bring wine onto the train and not be too obvious. 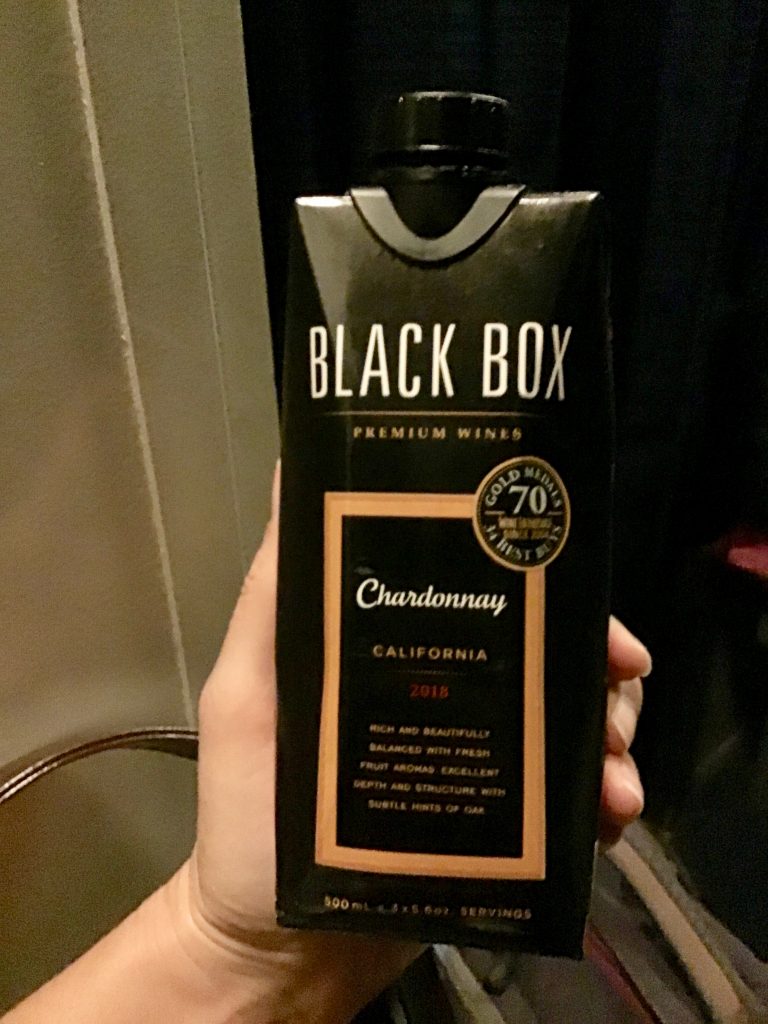 Since we had three wheels of cheese and two containers of wine, we decided to split our tasting into two parts. We’ll begin with our Black Box Chardonnay, handmade camembert and Ashley cheese by MouCo. I didn’t write much about the wine that night, let’s chalk that up to exhaustion. It had definite notes of oak but the box said it would only be “subtle oak!” 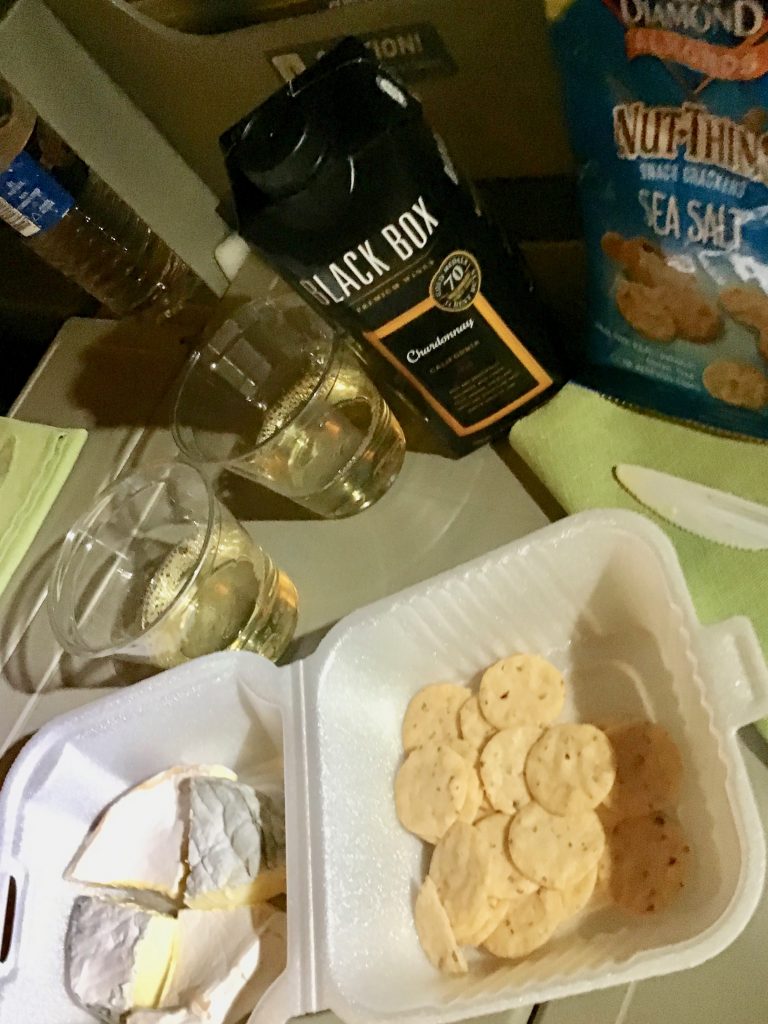 We know you all are just dying to hear about the camembert so here goes. It smelled, tasted, and looked like it should and didn’t smell bad so we were starting out great. The texture was gooey with a little bit of mushroom earthiness and some tartness. It tasted like chlorine and milk. Neil thought the cheese paired well with the wine, bringing out the fruit flavors. As I paired the two, the wine changed quite a bit and turned into a tutti fruity, bubble gum flavor. 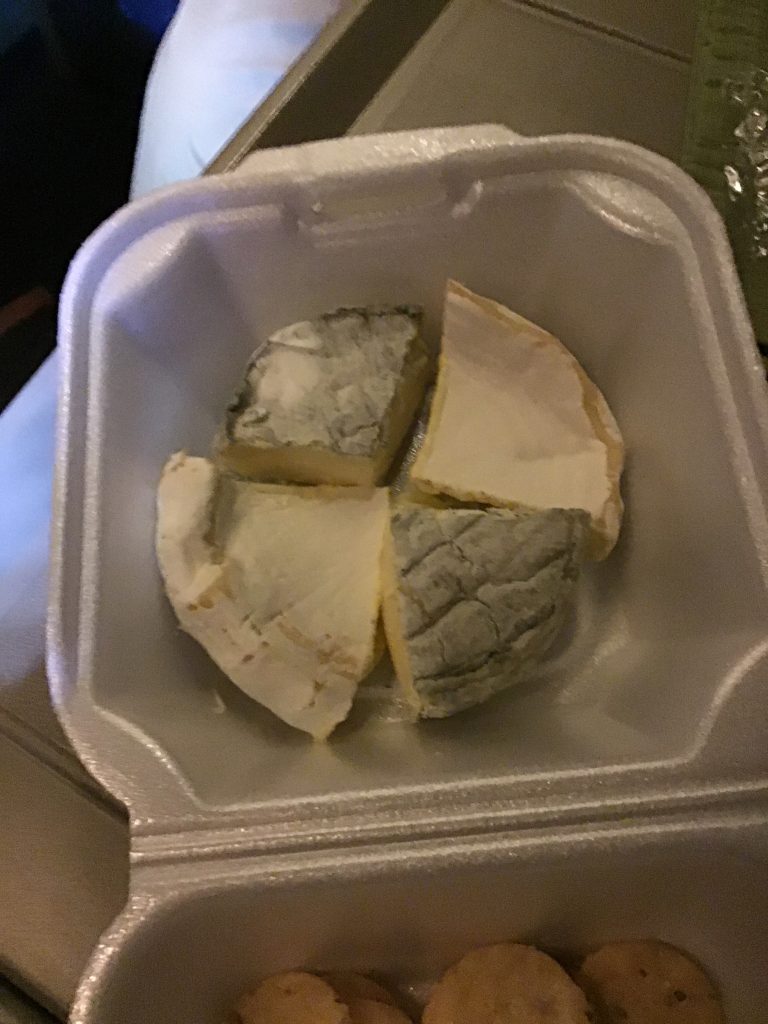 I had first learned about the MouCo cheeses during the Cheese Bootcamp, so I was excited to give the Ashley a try. What a great chance to try it alongside my camembert too. Neil described the “Ashley” as very earthy and ashy which he wasn’t quite ready for at 10pm. I was ok with the ashiness, and added in milk favors that could have been goat. The texture was a bit thick and not runny. When I paired it with the chardonnay, the milk flavor really stood out. 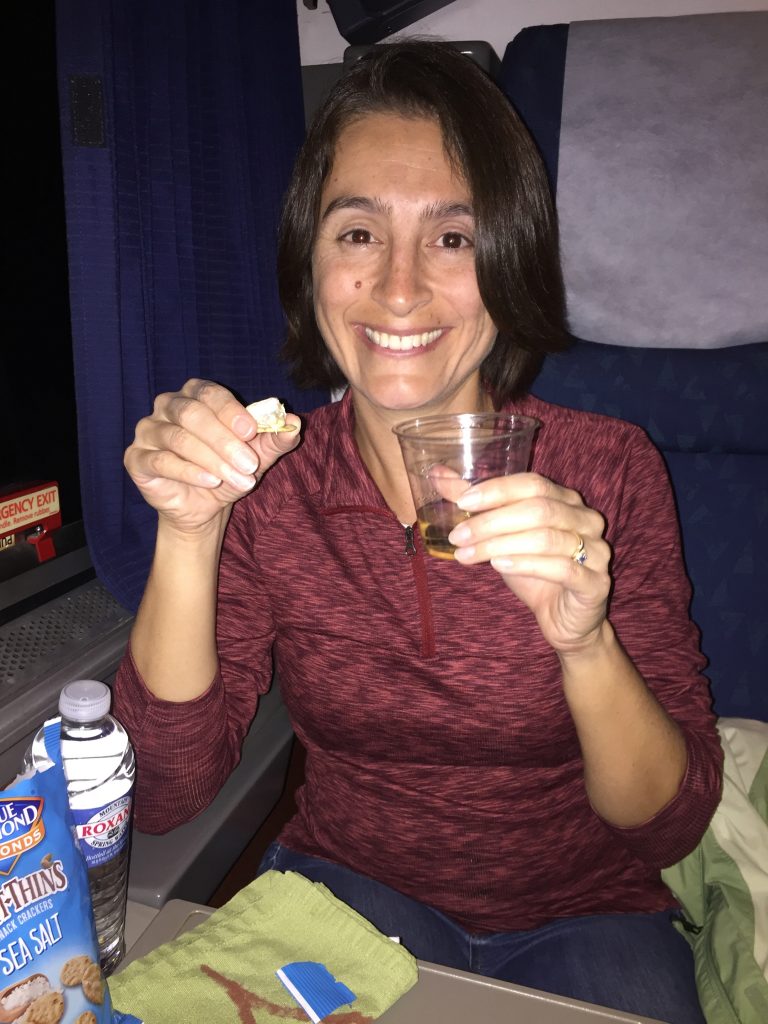 After a great night of sleep, some breakfast, and even some time to work, I was ready to try for a more detailed wine and cheese pairing with the other half of our camembert. This time we’d taste the Crafter’s Union rosé in a can, camembert and the MouCo ColoRouge cheese. I did already mention this wine in our Wine in a Can entry but now you’ll get to see the whole picture.

The wine smelled like fruit and tasted like spice, acid and juicy peach. Yum! Neil said it was good and reminded him of honey butter. Then we tasted the camembert for the second day in a row. It had a hint of funky aromas, a flavor that tasted like brie, and it coated my tongue. When I tasted just the paste (the inside) it was milky and a little tart. Neil said it tasted “the same as last night” with chlorine, tart flavors, a creamy texture and it was yummy! I really liked the oozy part that melted out.

During the pairing of Crafter’s Union rosé and camembert, Neil felt the wine got tart and became more like sour cherry. He also liked the camembert better when it was paired with the wine. I thought the wine tasted like strawberry with the cheese and it dissipated off my tongue. It was a good pairing. I liked the wine both with the cheese and without, that doesn’t happen all that often for me. 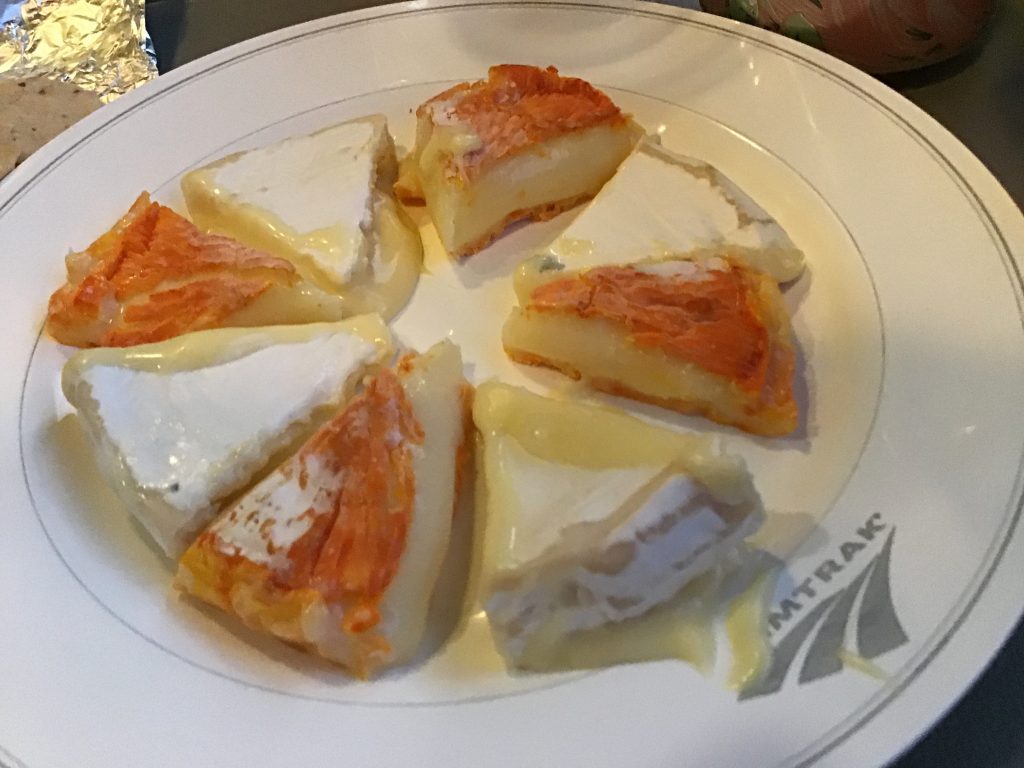 There was still one more cheese to taste, the ColoRouge from MouCo. I could smell the funk escaping as I unwrapped the cheese. As I smelled the cheese for the tasting notes, it was more like a buttery funk with milky, rich flavors. Neil said it was a little tart with a creamy texture and a cream flavor.

Of course we paired the Colorouge with the rosé too. The wine brought out the funk in the cheese and created a quick burst of orange flavor in the wine. I thought the wine kicked up the milk flavor and the cheese felt thicker on my tongue. The wine felt light but then milky and then the peach flavor came back.

Wow this rosé in a can produced the most noticeable changes when paired with a cheese for me in such a long time. And it happened with both cheeses, how cool. I’m going to have to find this wine again to see if it can be repeated with other cheeses too. 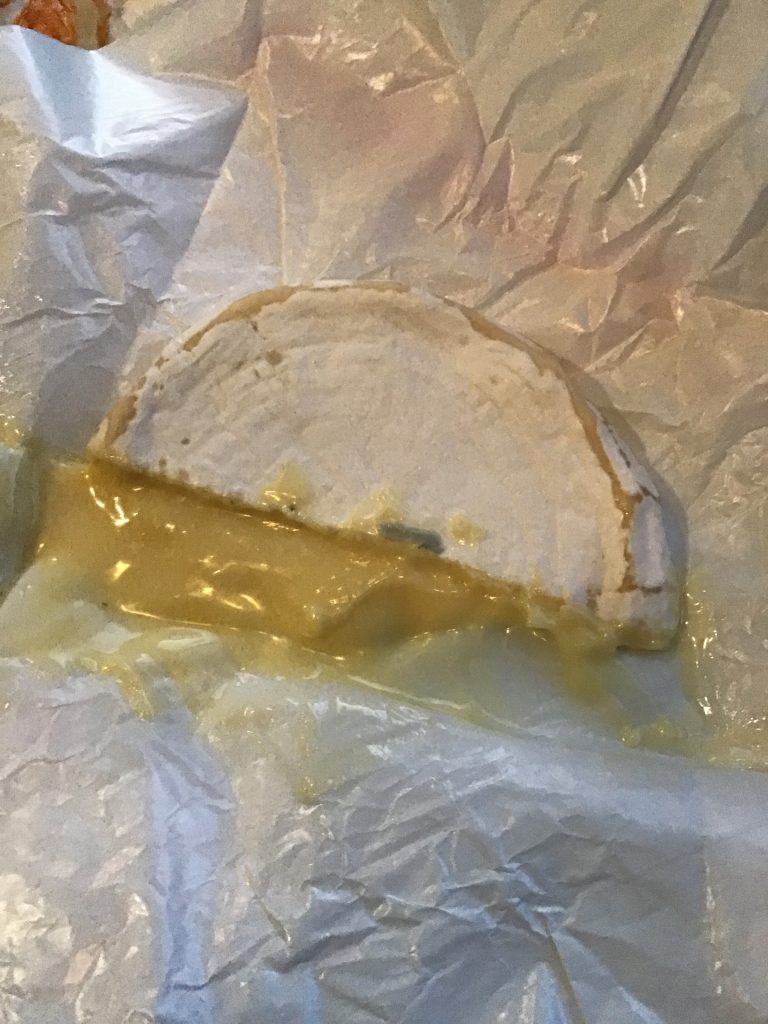 And now you’ve heard the story about my happy little camembert. Yes it did grow some more fuzz after the Camembert class and it tasted good and how I expected it to. What an adventure aging that cheese and then carrying it all over Colorado! Some day, you might find another entry about the second time I made Camembert.