Wine in a Can and Wensleydale Cheese 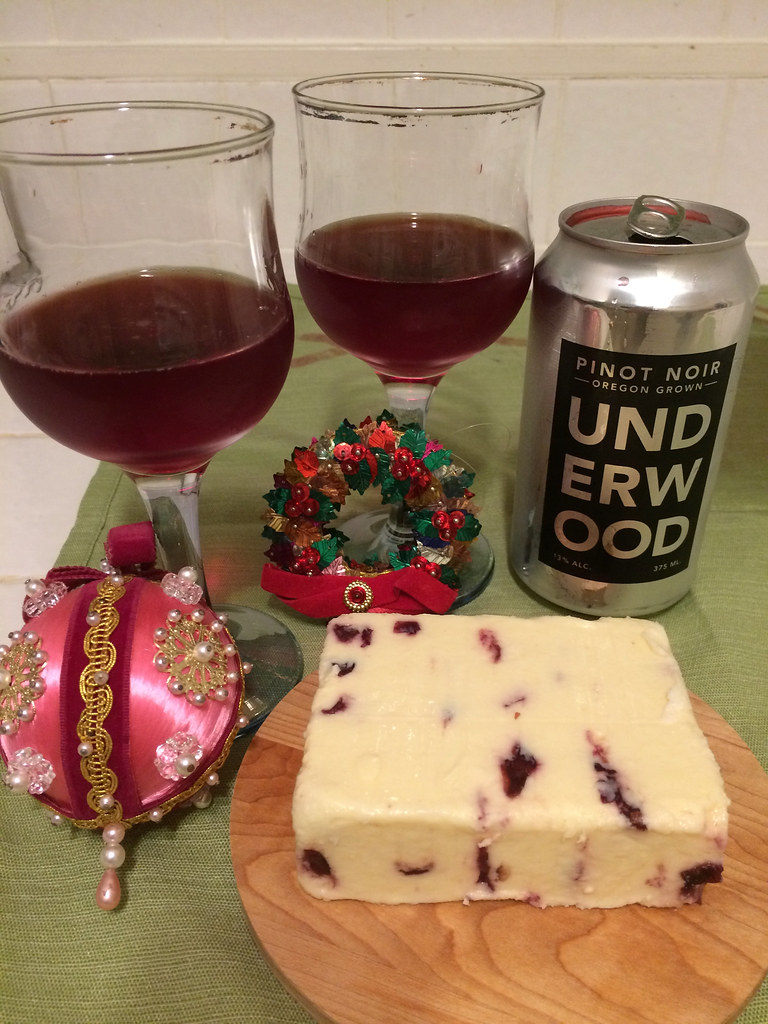 Have you ever tried wine in a can? We were at Trader Joe’s and came across this one by Underwood, http://unionwinecompany.com. We first saw it a couple months back and wondered how it might be? After passing it during our weekly grocery trips, we finally decided to pick up a can to try it. Only one can you ask? Well, it was $6 per can so we figured we could split one and have enough for a tasting. Our cheese, Wensleydale, is a holiday favorite of ours so we decided it was time to get some. We guessed that the cranberries in the cheese would pair nicely with the light berry flavor of a pinot noir. So without further ado, Pinot Noir and Wensleydale Cheese.

Since this was our first wine in a can we decided to pay a little more attention to the container than we usually would during a wine tasting. We already mentioned that we had one can to split but then we realized this can is equal to half a bottle of wine (375mL). Who would have guessed that a can of soda is the same as half a bottle of wine? But then we looked a little closer and figured out that soda cans probably aren’t that same measurement. What we found out was that this can of wine is actually the same size as soda cans in Australia but a little bigger than soda cans in the US. Check out the picture comparing the two. 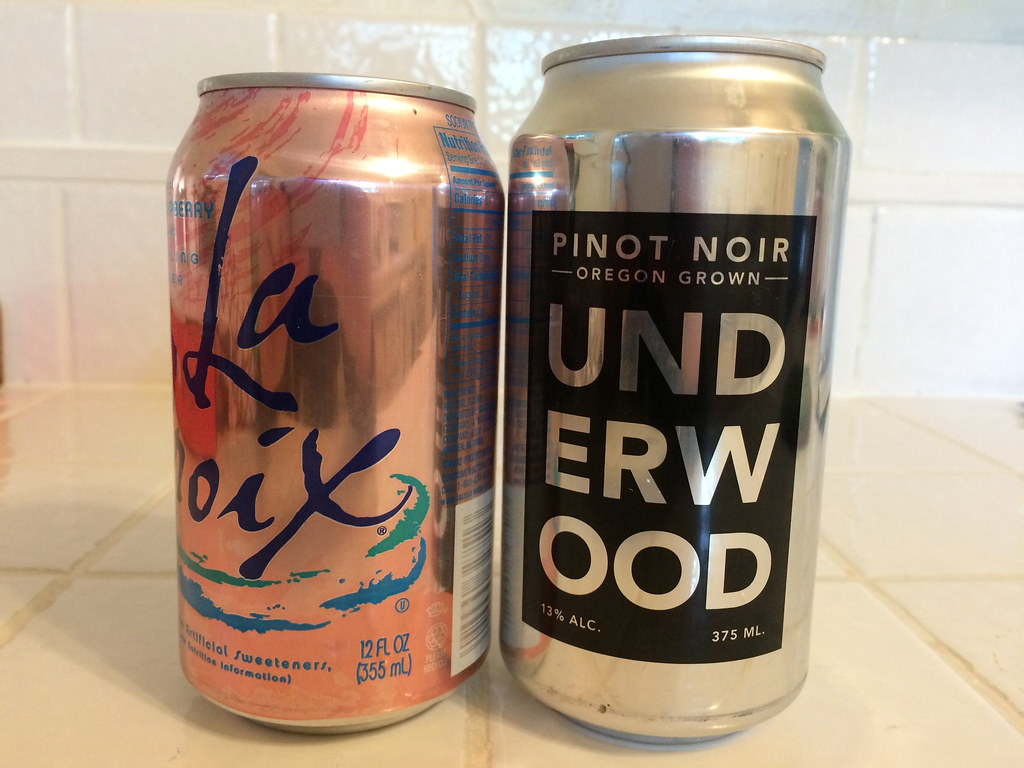 Ok well now that my science brain has been used for comparing sizes, lets use it a little more with wine tasting. We decided to pour the wine out of the can and into 2 glasses for tasting. This was definitely helpful because we couldn’t smell much of an aroma when we popped the can open. I did find quite a few aromas during my swirling from the glass though! I was able to identify funk, light fruit, cherry and berry, as well as, some smoke and earth. Neil agreed with the cherry aroma and added raspberry. According to the tasting notes on the can, we got both fruits right! Once I tasted the wine I found lots of flavors too; cherry, tart, full flavor, a hint of spice in my throat, warm and dry. Neil thought there was more fruit flavors than he would expect but also found multiple levels of flavor, including dry, tart, and fresh cranberry. Neither one of us thought it tasted metallic from being in the can!

And speaking of the can, we tried it directly from the can too, as a comparison. It did smell like metal then but it was kind of hard to smell through the hole. It was also pretty hard to sip so we missed out on the intracacies of the wine but it did have a similar flavor. Once you know it’s going to come out so fast, you can kind of adjust to sip it. There was a bit of a metallic flavor, direct from the can though.

Now on to the Wensleydale cheese, that was purchased at Aldi. We remembered that we did another wine and cheese pairing over a year ago with this same cheese. Want to compare the two? https://wineandcheesefriday.com/wine-and-cheese-tasting-at-aunt-kathys-house/ The funny thing was that Neil said this cheese was much better than any other cranberry cheese he remembered. To be fair, this one was not the same producer but still the same type of cheese. I know, you can’t wait anymore, here’s the tasting notes. When I smelled the cheese, I noticed milky aromas that seemed like cream cheese. Neil said it had serious funk! The texture was great; soft, smooth and crumbly! We were both reminded of a sharp, aged cheddar when we tasted the cheese. I found the cheese to be kind of strong and really didn’t taste the cranberries. There was also a nice lingering funk. Neil found the funk too, as well as, explosions of tart cranberry. We both thought it was so good!

When we chose to pair the Pinot Noir and Wensleydale together, we thought they’d work nicely together so let’s see what happened. On my first taste of wine and cheese the fruit increased in the aroma of the wine, the spice moved through my tongue and throat but most of the wine flavor was in the finish. The cheese seemed to be a little thicker and I was able to taste the cranberry more. Then I tried it again and the cheese had less funk than before and they both seemed kind of dull. Neil noticed the flavors of the wine died but the cheese had more creaminess and funk. He felt the wine was sacrificed to the cheese. We both thought it was a poor pairing. Too bad, it seemed like it would work. We did both enjoy them individually though and there was a little bit of cheese left for me to put it on my ham with dinner. Yum!

Would we have this can of wine again? Definitely! It’s great for places you can’t have glass like camping, the beach or on the boat and sure is better than the alternative of box wine. https://wineandcheesefriday.com/boxed-wine-and-moon-cheese/ But really, it was good wine, that just happened to be in a can. Grab a can, pour it in some glasses and enjoy! And there was actually quite a bit when we split just that one can.